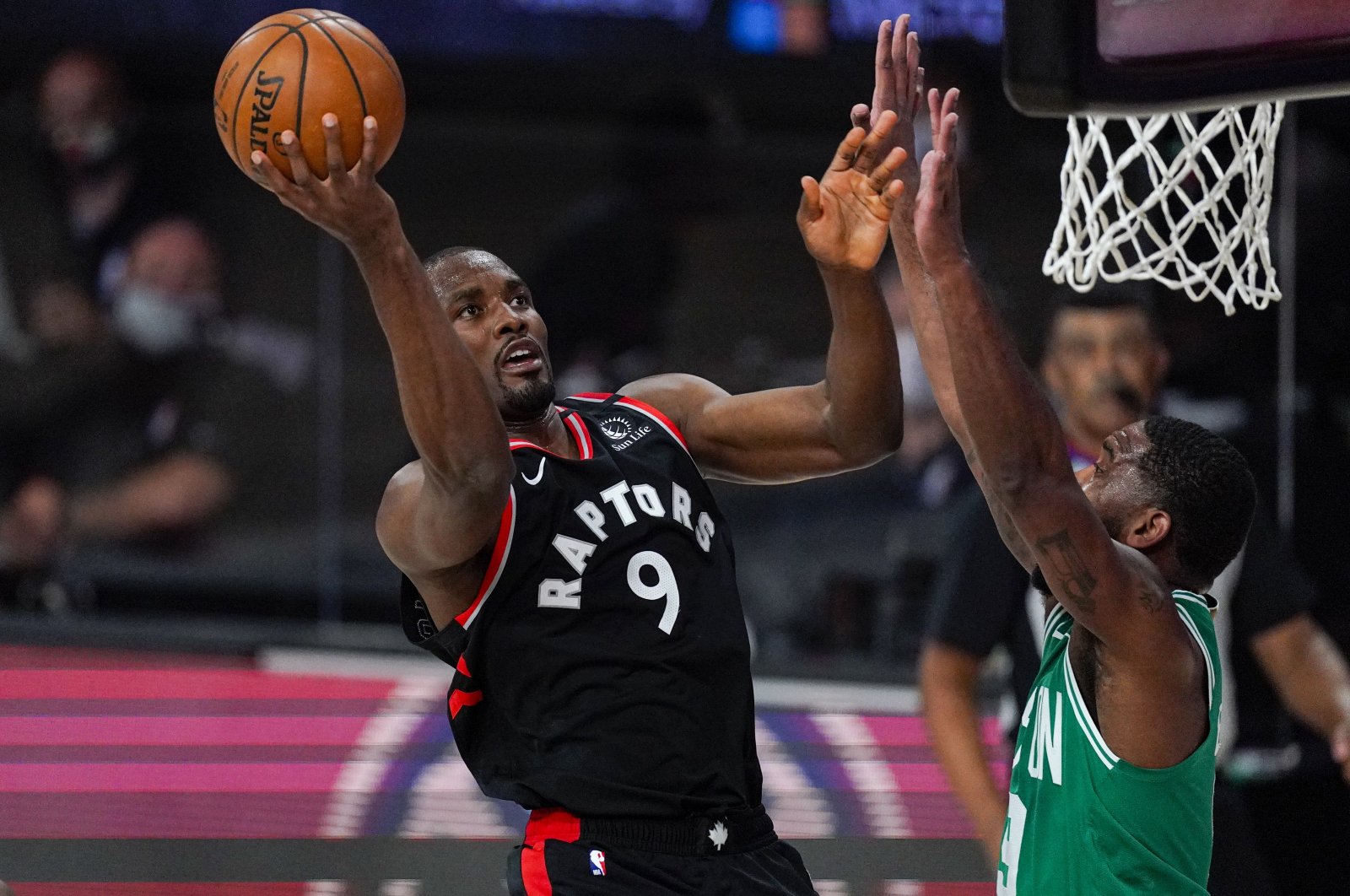 Exhausted and on the brink, the reigning NBA champions rose to the moment.

Next up: Game 7 on Friday night for a spot in the Eastern Conference finals against Miami.

OG Anunoby – the hero of Game 3 with a buzzer-beating 3 – put the Raptors ahead to stay with a 3-pointer with just under a minute left in double overtime. Kyle Lowry got an acrobatic jumper to fall with 11.7 seconds left, and the Raptors beat the Boston Celtics 125-122 in Game 6 on Wednesday night.

Lowry scored 33 points in 53 minutes for Toronto. Norman Powell had 23, including a 3-point play with about 39 seconds left and a pair of free throws to help finish it off. Fred VanVleet scored 21 points for the Raptors and Anunoby had 13 points and 13 rebounds.

Lowry was on his back, laying on the court, breathing fairly heavily and with his fists thrown high in the air when Powell had the 3-point play.

Jaylen Brown had 31 points and 16 rebounds for the Celtics, who had their starters on the floor – without a single sub – for the final 22-plus minutes.

Jayson Tatum had 29 points, 14 rebounds and nine assists. Marcus Smart had 23 points, 11 rebounds and 10 assists and missed a 3-pointer that would have tied it with about three seconds left in the second extra session.

Kawhi Leonard finished an assist shy of his first playoff triple-double and the Los Angeles beat Denver to move a step closer to their first Western Conference finals.

Leonard filled up the stat sheet with 30 points, 11 rebounds, four steals and two blocked shots. He has scored 30 or more points six times during this postseason.

Reserve Montrezl Harrell added 15 points to help the Clippers take a 3-1 lead. They can close out the Nuggets on Friday night.

Nikola Jokic had 26 points and 11 boards for a Nuggets team that finds itself in an all-too-familiar situation. They were down in their first-round series against Utah before becoming the 12th team in NBA history to overcome a 3-1 deficit.