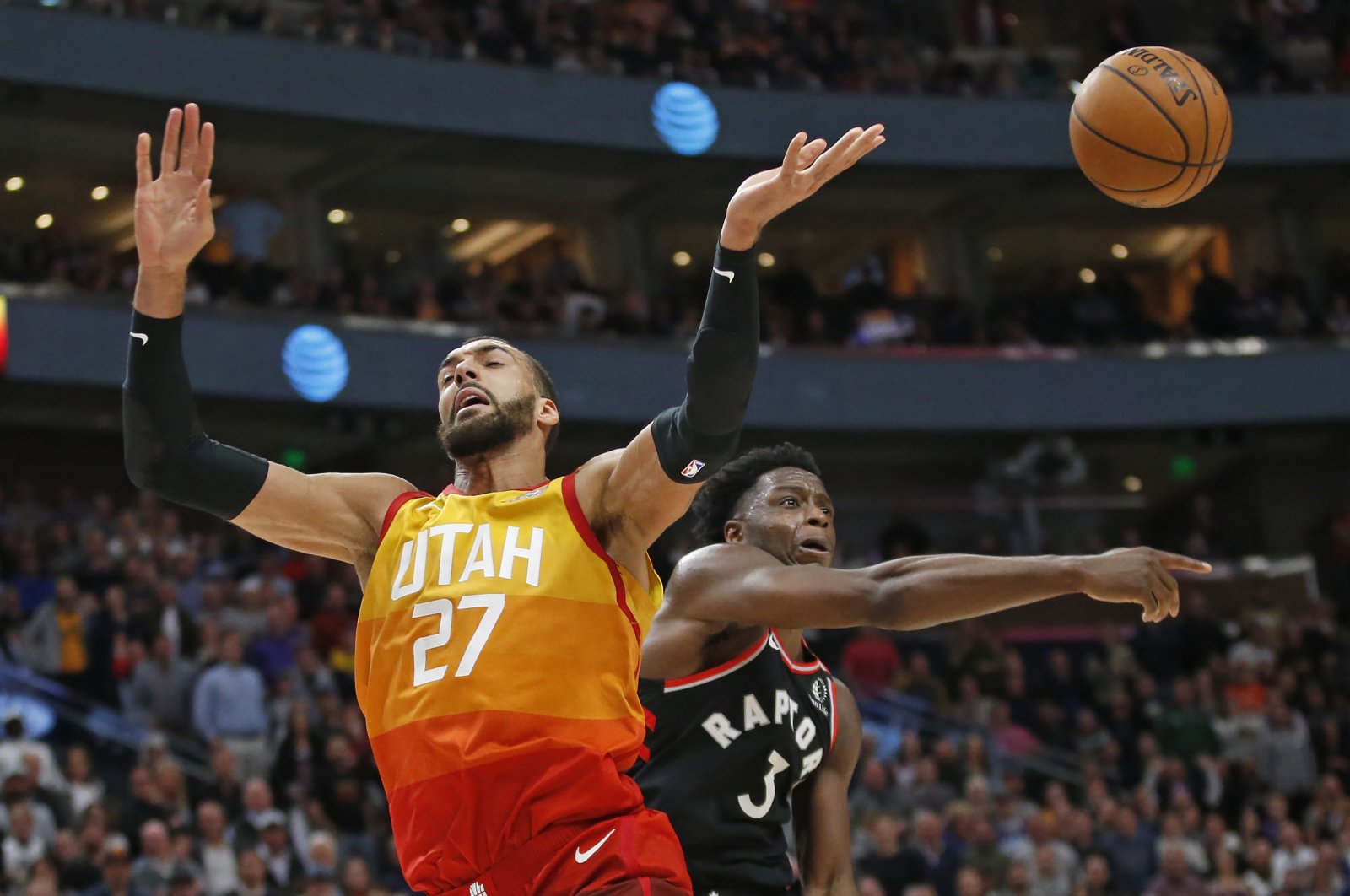 Toronto Raptors forward OG Anunoby (3) knocks the ball from Utah Jazz center Rudy Gobert (27) as he drives to the basket in the second half during an NBA basketball game, Salt Lake City, March 9, 2020. (AP Photo)
by Associated Press Mar 10, 2020 3:32 pm

Serge Ibaka and Pascal Siakam each scored 27 points as the Toronto Raptors beat the Utah Jazz 101-92 on Monday night for their fourth straight victory.

Kyle Lowry added 21 points and seven assists as Toronto used a 53-34 advantage on the glass to improve to 21-4 since Jan. 15. Ibaka grabbed 13 rebounds and Siakam finished with 11 boards and eight assists.

Toronto played much of the game without Norman Powell, who sprained his left ankle two minutes into the first quarter. Powell averaged 34.0 points on 57% shooting over his previous two games.

The Raptors put together a 15-6 run for a 57-51 halftime lead. Siakim, Lowry and Ibaka each scored in the final minute of the half – highlighted by Lowry's 30-foot pull-up 3-pointer – to punctuate the run.