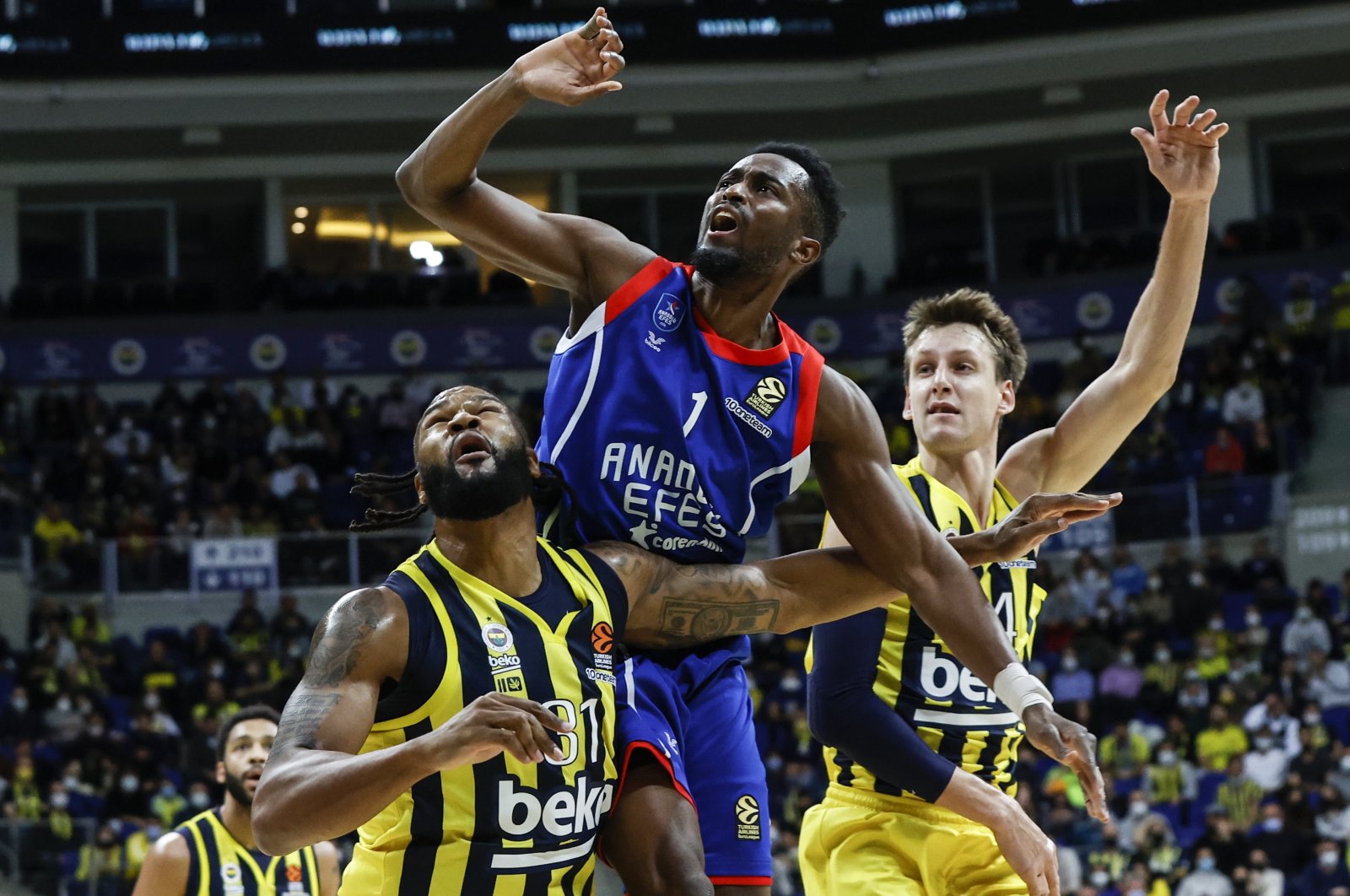 Fener will look to bounce last week's derby defeat against Efes and end a four-game slide, while its crosstown rival will play out last season's title-game rematch against Barcelona

Turkish basketball heavyweights Fenerbahçe and Anadolu Efes host Monaco and Barcelona in their respective Turkish Airlines EuroLeague Round 13 matches in Istanbul this week.

Fenerbahçe (3-9) will look to bounce back from a four-match losing streak as it welcomes fellow struggler Monaco (5-7) on Thursday.

The Yellow Canaries will particularly look to bounce back from last week’s performance where they lost 84-89 against crosstown rival Anadolu Efes, after leading by as many as 12 in the fourth quarter.

The loss for Fenerbahçe meant Sasa Djordjevic's team has lost five games by five points or less. That also suggests that the Turkish team is not too far away from becoming a much more successful unit.

Monaco, on the other hand, has lost its last three games. On Friday, it was defeated 84-85 by French league foe Villeurbanne, on a desperation three at the buzzer.

It has been struggling on the road all season, winning only once and suffering defeat in the last five games away from the principality.

A key to this game could be whether the visitor can stop Fenerbahçe from establishing inside dominance. It is ranked fourth in the league with a 2-point shooting conversion rate of 55.4%, whereas Monaco is placed 14th in that category at 50.4%. Making life difficult inside the paint for Jan Vesely, Devin Booker and Achille Polonara is a must for Monaco.

Both teams can rely on big names who can take over games. Former EuroLeague MVP Jan Vesely leads Fenerbahçe in scoring, with 12.5 points per game (ppg), and rebounding (6.0 RPG). He is also among the league’s top 10 in performance index rating, according to the Turkish Airlines EuroLeague official website.

Few can match Vesely’s combination of size, speed and athleticism, but Hall is as close as it gets and their matchup in the paint will be pivotal to this game’s outcome.

Reigning Turkish Airlines EuroLeague champion Anadolu Efes Istanbul will take on FC Barcelona on Friday in their first clash since the 2021 final in Cologne, Germany. Efes (6-6) struggled out of the game this season but has now won four in a row.

Efes is on a high after beating Fenerbahçe last week, while Barcelona (10-2) has also won four in a row and shares the top spot in the standings.

It comes off a 96-73 rout of Zalgiris Kaunas behind big games off the bench from Rokas Jokubaitis and Pierre Oriola. This game is a homecoming for Barca center Sertaç Şanlı, who spent the previous three seasons with Efes.

Efes is still outside the playoffs positions despite a run of four straight wins. But Ergin Ataman's men are clearly on the up and will look to its star-studded backcourt to seal a valuable home win, Rodrigue Beaubois (24.7 PIR) and Shane Larkin (21.3 PIR), respectively, are ranked first and third among all EuroLeague players in performance index rating over the last three games.

The host will be even keener to exploit that backcourt strength considering Barcelona's absences, with Nick Calathes definitely out and Cory Higgins missing since the start of November.

Establishing inside dominance through Nikola Mirotic and Brandon Davies looks to be Barca's best route toward winning the game, but the ability of guards Rokas Jokubaitis and Nico Laprovittola to contain Larkin, Beaubois, Vasilije Micic and Krunoslav Simon – who combined for 53 points in last week's win at Fenerbahçe – will be crucial.