Sensational Durant tallies 49 as Nets near series win over Bucks 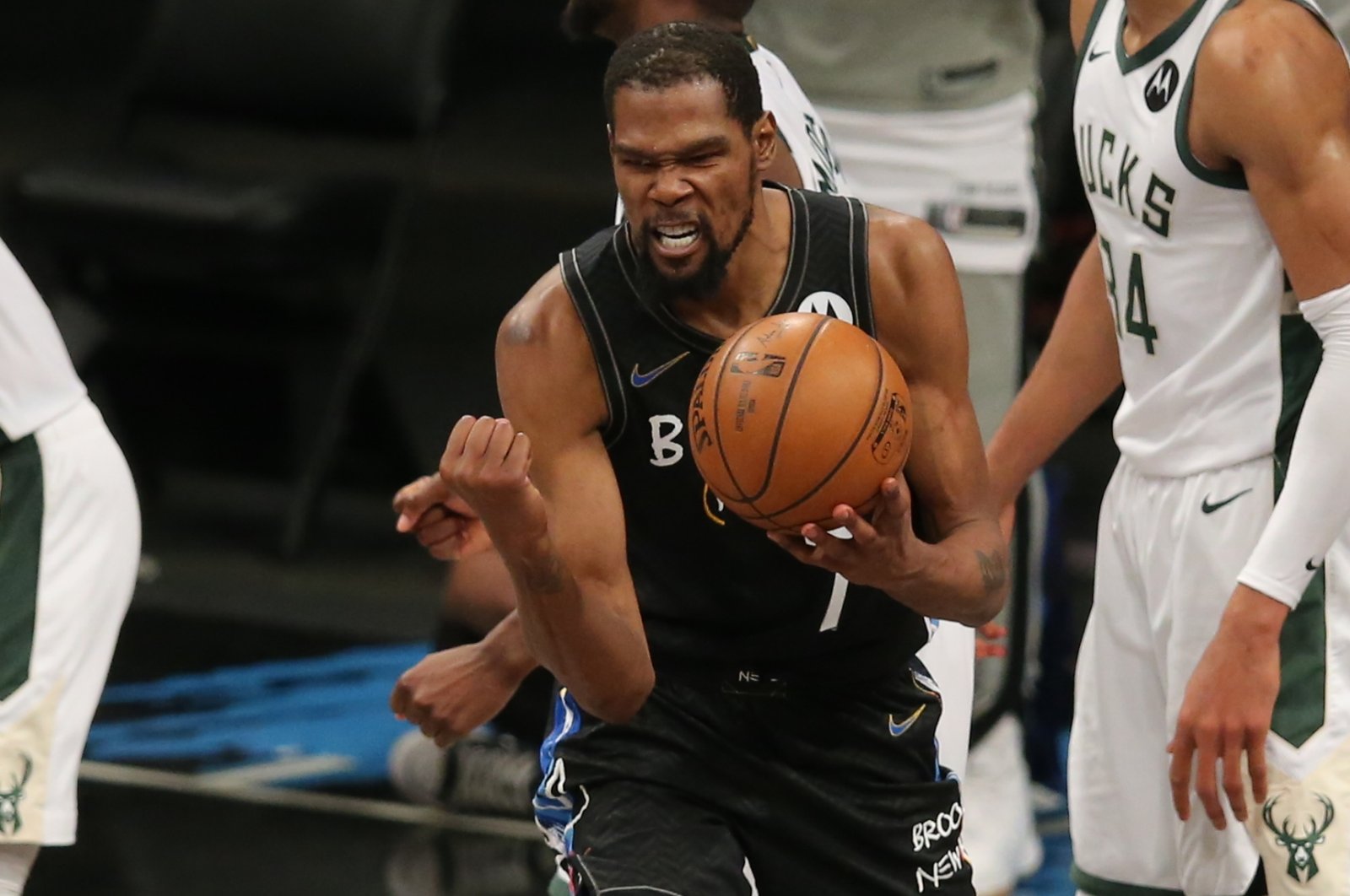 A sensational Kevin Durant tallied 49 points, 17 rebounds and 10 assists to carry Brooklyn Nets to a 114-108 win over Milwaukee Bucks in Game 5 of the Eastern Conference semifinals in New York on Tuesday night.

The Nets, who overcame a 17-point, third-quarter deficit, are now on the edge for a win in the best-of-seven series with a 3-2 lead thanks to one of Durant's most impressive postseason performances.

They would advance to their first Eastern Conference finals since 2003 if they can win Thursday night in Milwaukee. Game 7, if necessary, would be played in Brooklyn on Saturday.

Durant set a franchise record for points in a playoff game, breaking the mark of 43 set by Vince Carter in 2006. He also posted his second career postseason triple-double and joined Hall of Famers Oscar Robertson, Charles Barkley and Dallas Mavericks guard Luka Doncic as the fourth player with at least 40 points, 15 rebounds and 10 assists in a postseason game.

Durant shot 16 of 23 from the field, made four of nine 3-point attempts and hit 13 of 16 free throws. He finished one point shy of his postseason career-high, set with the Golden State Warriors in Game 6 of the 2019 Western Conference finals against the Los Angeles Clippers.

The Bucks tied the game at 104 on a short jumper by Jrue Holiday with 2:24 remaining, but the Nets took the lead for good on two free throws by James Harden with 87 seconds to go. Durant finished off his big game with a 3-pointer and three free throws in the final 50.5 seconds.

Brooklyn's Jeff Green added a playoff-career-high 27 points by shooting eight of 11 and hitting seven of eight 3-point tries. Blake Griffin chipped in 17 points for the Nets, who shot 49.4% from the floor.

Harden went from doubtful to active but wound up with just five points on one-of-10 shooting. He missed the previous three games due to right hamstring tightness.

Giannis Antetokounmpo led Milwaukee with 34 points and 12 rebounds. Khris Middleton added 25 and Holiday chipped in 19 for the Bucks, who also shot 49.4% on field-goal attempts.

Antetokounmpo, Holiday and Middleton combined for 22 points as the Bucks smothered the Nets into missing 16 of 20 shots, guiding Milwaukee to a 29-15 lead after the opening quarter. The visitors held a 59-43 edge at halftime.

Game 4 was won by the Bucks earlier Sunday after Antetokounmpo tallied 34 points in the 107-96 victory.