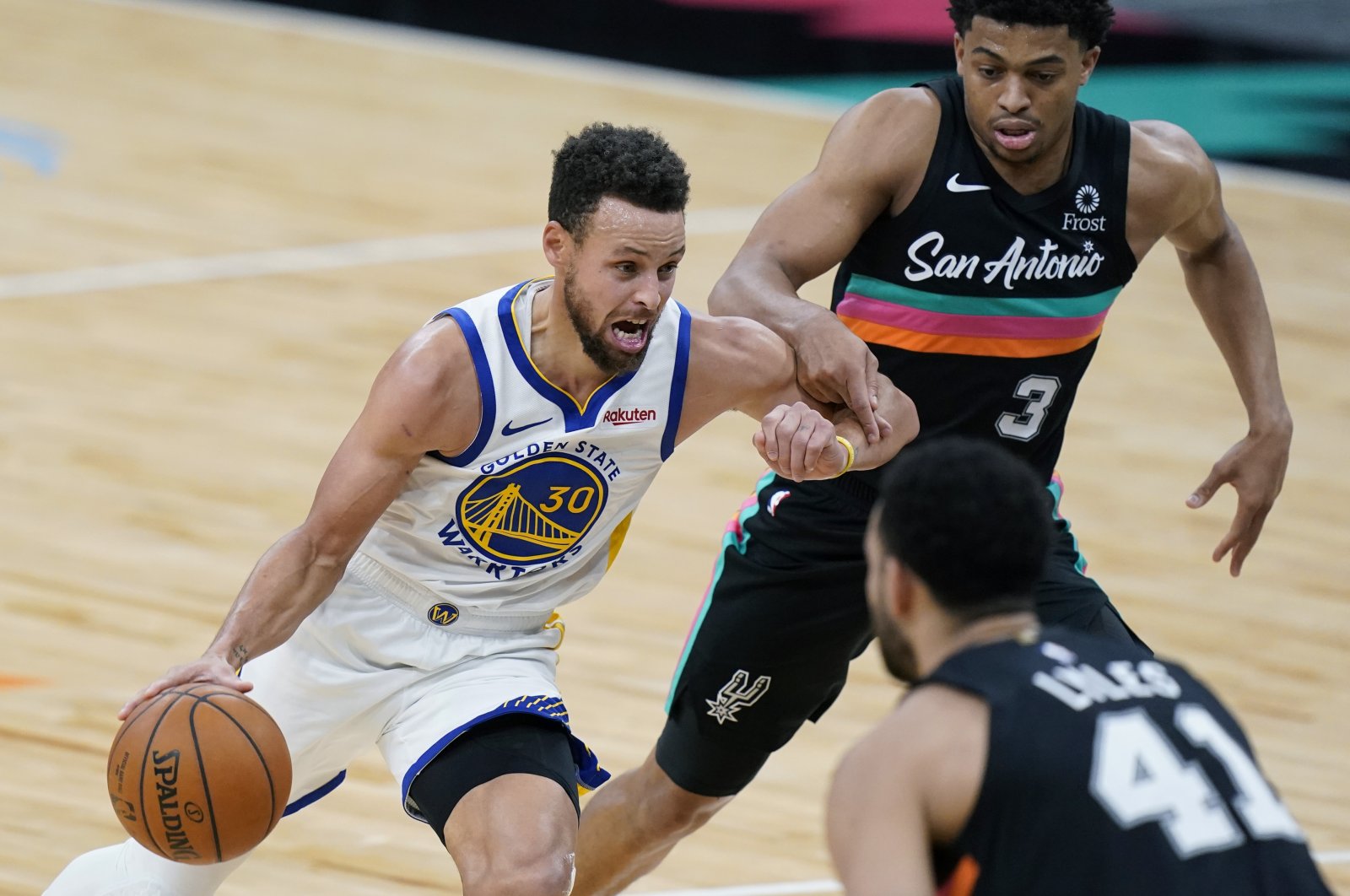 Stephen Curry scored 32 points, 16 of them in a pivotal third-quarter Golden State run, and the visiting Warriors rolled past the San Antonio Spurs 114-91 on Tuesday in the second game of a two-day back-to-back between the teams.

The Warriors burst away from a game tied at 53 with a dominating third-quarter spurt that produced a 21-point lead. San Antonio cut that margin to 88-76 two minutes into the fourth quarter but could get no closer.

Rudy Gay led the Spurs with 17 points off the bench while Trey Lyles added 15.

In Oregon, Portland Trail Blazers Damian Lillard scored 18 of his 36 points in the third quarter as the hosts took charge after halftime to earn a victory over visiting Orlando.

Carmelo Anthony had 23 points for Portland, moving past Oscar Robertson (26,710 points) and into 12th place on the NBA's all-time scoring list. Gary Trent Jr. scored 15 points as the Trail Blazers returned home following a 3-3 road trip on which they were extremely short-handed.

Nikola Vucevic amassed 27 points and 15 rebounds and Terrence Ross added 22 for the Magic, who dropped the opener of a four-game road trip and are 1-6 in their last seven contests.

Mitchell hit three of his six 3-pointers in the final minutes and finished with 36 points and nine assists to lead the Jazz to their fifth straight win and 16th victory in 17 games.

Brown returned from a two-game injury absence to score 33 points and grabbed eight rebounds for the Celtics. Jayson Tatum added 23 points for Boston, which went 2-3 on a five-game Western Conference road trip.

In Sacramento, Joel Embiid scored 25 points and posted season bests of 17 rebounds and six assists to lead Philadelphia to a victory.

Tobias Harris scored 12 of his 22 points in the fourth quarter and also collected 10 rebounds as Philadelphia won for the sixth time in the past seven games. Seth Curry also scored 22 points and made four 3-pointers as the 76ers prevailed in the opener of a four-game road swing.

De'Aaron Fox recorded 34 points and 10 assists for the Kings, who had a four-game winning streak halted while losing for just the second time in nine games.

Jerami Grant tied his career-high with 32 points and host Detroit snapped a four-game losing streak with a victory over Brooklyn.

Delon Wright had 22 points and nine assists and Saddiq Bey made all six of his field-goal attempts while scoring 15 points for Detroit. Mason Plumlee supplied 14 points, 12 rebounds, seven assists and three blocks in the victory.

Hart had 20 points and a career-high 17 rebounds, and Hernangomez had 14 points and 10 rebounds. Brandon Ingram scored 22, and Zion Williamson overcame foul trouble to score 20 in 21 minutes as the Pelicans won their fourth consecutive game.

John Wall scored 25 while Eric Gordon had 23 to lead the Rockets, who lost for the fourth time in five games.

Jimmy Butler finished with 26 points, 10 assists and eight rebounds to lead host Miami to a comeback victory over New York.

For the second consecutive game against the Knicks, Butler delivered a clutch performance, as he contested RJ Barrett's unsuccessful layup attempt as time expired to seal the outcome. Butler went 13-for-15 at the foul line, hitting one of two free throws after he drew a foul with 6.2 seconds to go.

The Knicks led by 12 points in the second quarter and by 8 points early in the fourth quarter but couldn't hold on. Elfrid Payton led the Knicks with 18 points.