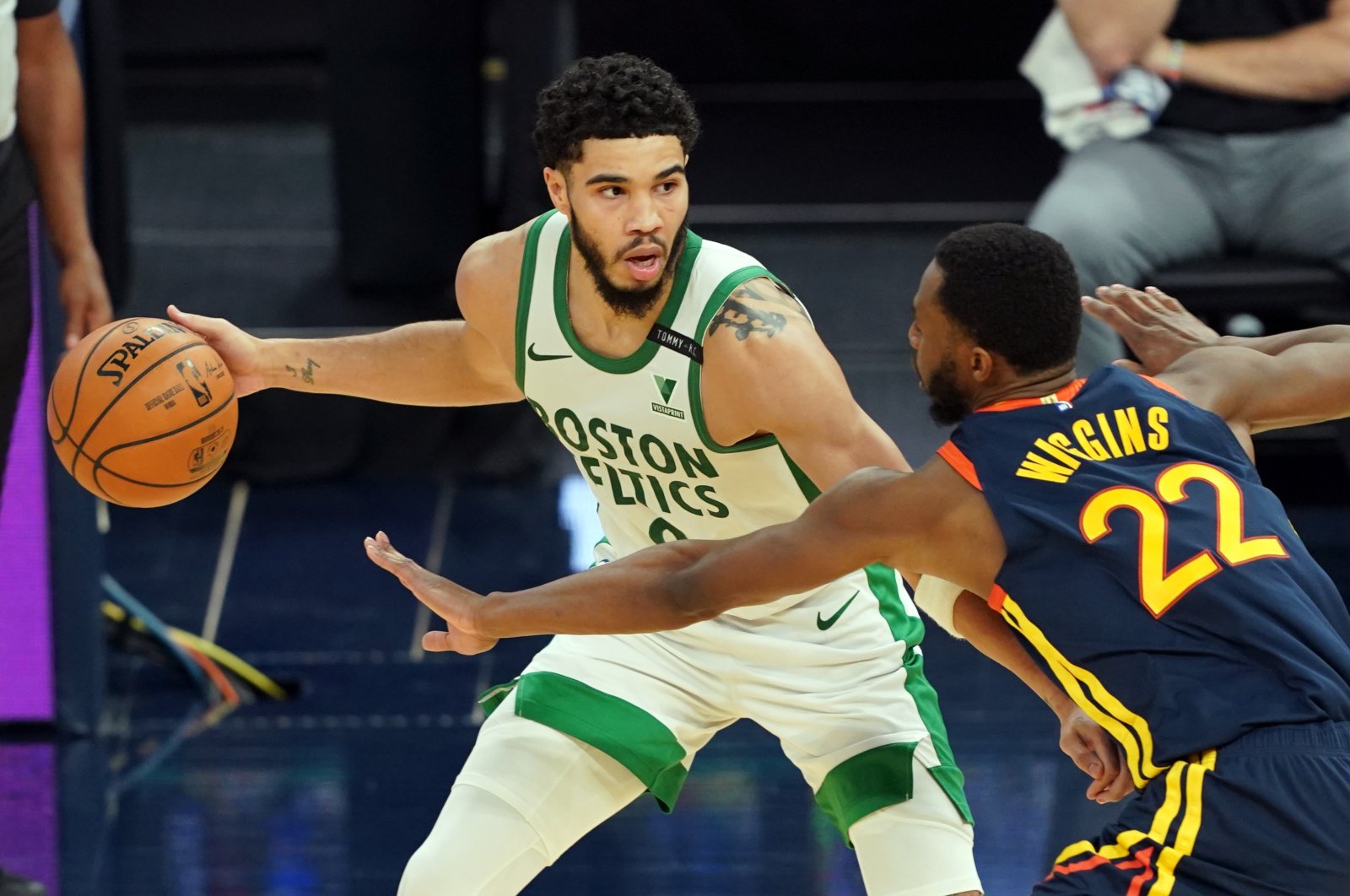 Jayson Tatum contributed 27 points in picking up the offensive slack for Boston without injured Marcus Smart, and the Celtics withstood another scoring spree by Stephen Curry to beat the Golden State Warriors 111-107 on Tuesday night.

Curry scored 38 points with seven 3-pointers and joined late Hall of Famer Wilt Chamberlain as the only Warrior to score 17,000 points for the franchise.

Andrew Wiggins' layup with a minute to go for Golden State made it a three-point game, but Tatum converted a pair of free throws with 49.6 seconds left and Curry missed a contested 3 moments later.

Jaylen Brown, back in the Bay Area where he starred as a college player at California in Berkeley, drove through the lane for an emphatic, one-handed slam that put the Celtics up 106-96 with four minutes left. Curry's three-point play at the 3:17 mark made it a seven-point game.

Brown wound up with 18 points and 10 rebounds as Boston snapped a two-game skid with its fourth straight victory against Golden State, ending the Warriors' three-game home winning streak.

Curry’s 3-pointer with 1:03 to go in the third quarter got his team within 81-80. He also had 11 rebounds, eight assists and three steals. The two-time MVP counted on his lesser-known supporting cast of Juan Toscano-Anderson and Kent Bazemore in a matchup of teams each missing a key player.

The Warriors’ already-depleted front-court rotation took another hit Tuesday. Rookie No. 2 draft pick James Wiseman is sidelined with a sprained left wrist he hurt during a rout of Detroit on Saturday night. Golden State then lost starting center Kevon Looney to a sprained left ankle that kept him out during the second half.

He is expected to miss a couple of games.

“This was a fluke. He just got his foot on the floor and rolled the ankle,” coach Steve Kerr said.

Boston outscored Golden State 28-17 in the second quarter for a 52-all tie at halftime.

Toscano-Anderson hit a 3-pointer with 4:07 left in the third to keep the Warriors within 72-66. He finished with 16 points to match his career-high with his first double-digit scoring outing this season and the third of his career.

Two-way player Toscano-Anderson joked how, like in a movie, not everybody can be a star.

“We’re all on the same page on what’s expected of Juan,” he said. "I'm just trying to establish myself in this league and string together good games."

Boston Celtics came into the match from a 96-95 defeat against the Los Angeles Lakers last Sunday.