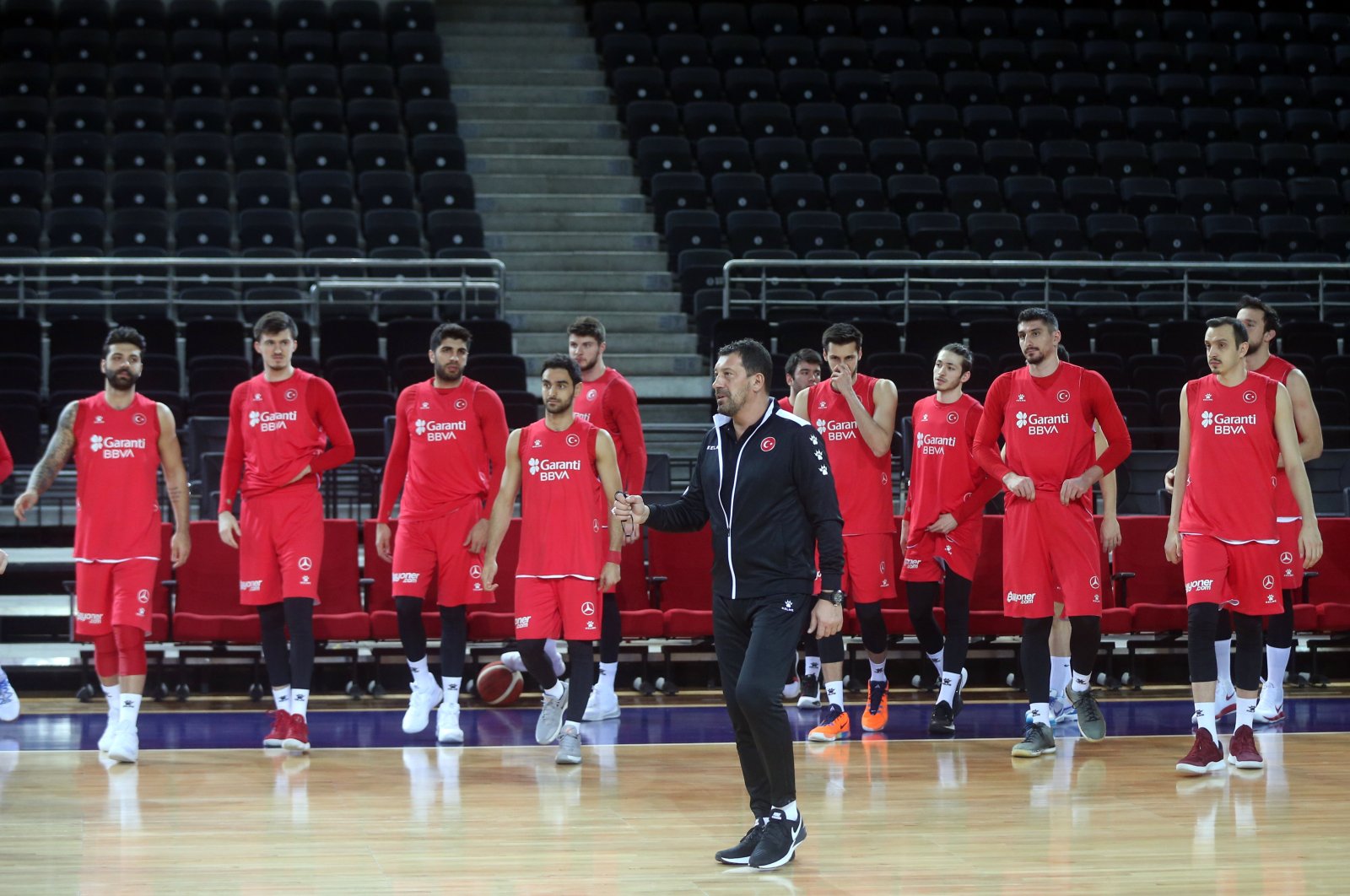 Turkey's 12 Giant Men will be facing reigning world champion Spain, world No. 9 Russia, Georgia, Belgium and Bulgaria in Group A of the FIBA EuroBasket 2022.

Thursday's draw in the German capital Berlin saw incumbent EuroBasket champion Slovenia paired with World seventh and eighth, France and Lithuania in Group B, along with Germany, Hungary and Bosnia-Herzegovina.

Greece will face tough opponents Italy and Croatia in Group C, which also includes Ukraine, Great Britain and Estonia. Serbia stands out among other Group D rivals, which consist of Poland, the Czech Republic, Finland, Israel and the Netherlands

Germany, the Czech Republic, Italy and Georgia are the host countries on the 24-nation event scheduled to take place between Sept. 1-18, 2022.

Berlin and Cologne in Germany, as well as Milan in Italy, Prague in the Czech Republic and Tbilisi in Georgia are to host the European basketball championship.

The final phase of the tournament, including the last 16, quarterfinals, semifinals, third-place game and the 2022 final, will be played in Berlin.

The group matches will be held in Prague, Tbilisi, Cologne and Milan.

The top four teams from each group will qualify for the final phase of the competition.

World No.15 in basketball, Turkey, will play its group matches in the Georgian capital Tbilisi.