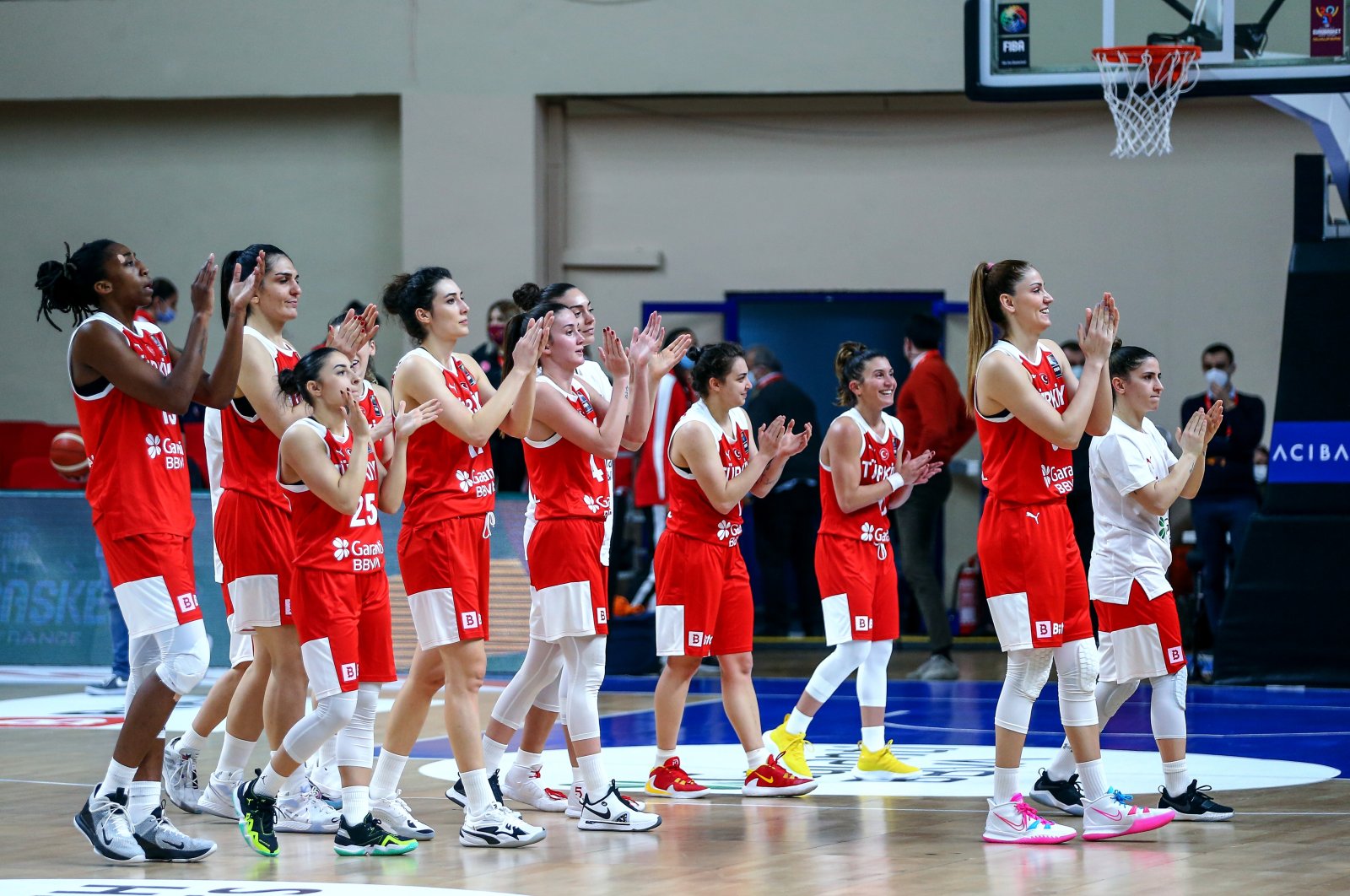 The Turkish Women’s National Basketball Team has qualified for the FIBA Women's EuroBasket 2021 as one of the five best second-place teams, the Turkish Basketball Federation (TBF) announced Saturday.

Turkey moved to the finals with a second-place finish in Group E, after losing twice to Serbia and claiming two victories against Lithuania.

The EuroBasket 2021 will be co-hosted by France and Spain between June 17 and June 27.

Sports Minister Muharrem Kasapoğlu in his congratulatory message said, “I have full confidence that the national team will make their mark with new successes at the tournament in Spain and France."

He also thanked everyone who has played a part in the team’s success.