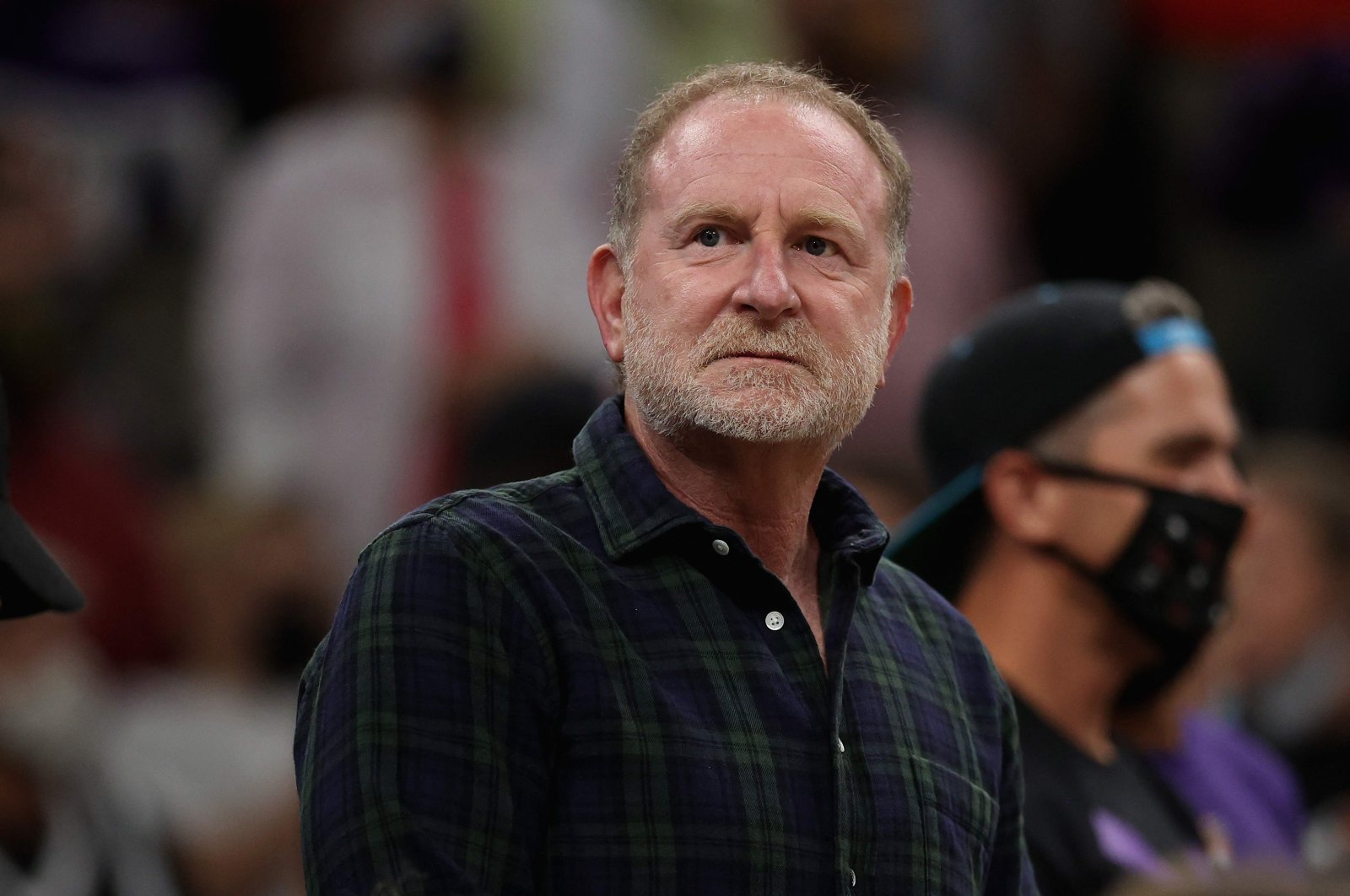 NBA side Phoenix Suns' embattled owner Robert Sarver said Wednesday he will sell the team after he was handed a yearlong ban and fined $10 million by the NBA for racist and misogynist remarks and workplace bullying.

Major sponsor PayPal said it would not renew its deal with the team if Sarver were still involved, and Suns vice chairman Jahm Najafi called for Sarver to resign.

"In our current unforgiving climate, it has become painfully clear ... whatever good I have done, or could still do, is outweighed by things I have said in the past," Sarver said in a statement.

"For those reasons, I am beginning the process of seeking buyers for the Suns and (Women's NBA) Mercury."

Sarver's decision was welcomed by NBA commissioner Adam Silver as well as Sarver's co-owners and the NBA Players' Association.

"I fully support the decision by Robert Sarver to sell the Phoenix Suns and Mercury," Silver said in a statement. "This is the right next step for the organization and community."

Added NBPA president CJ McCollum: "We thank Mr. Sarver for making a swift decision that was in the best interest of our sports community."

Silver had said when the sanctions were announced that he didn't think the violations rose to the level of forcing Sarver, the Suns managing partner, to sell the club, as was done in 2014 with former Los Angeles Clippers owner Donald Sterling over racist remarks.

Los Angeles Lakers superstar James, a four-time NBA Most Valuable Player, had said the league "got this wrong" with that decision.

On Wednesday, he tweeted his approval that Sarver will sell.

"I'm so proud to be a part of a league committed to progress!" James said.

In announcing the sale, Sarver declared it "the best course of action for everyone."

Sarver was banned and fined after a 10-month probe into his 18-year tenure at the Suns.

The NBA had commissioned the investigation in the wake of a damning ESPN report on the club's "toxic" work environment.

Investigators found that Sarver "engaged in conduct that clearly violated common workplace standards, as reflected in team and League rules and policies."

"This conduct included the use of racially insensitive language; unequal treatment of female employees; sex-related statements and conduct; and harsh treatment of employees that on occasion constituted bullying," their report said.

Investigators, from the law firm of Wachtell, Lipton, Rosen & Katz, said multiple witnesses told them Sarver's aggressive behavior often seemed intended "solely to provoke a reaction from employees - to embarrass them or assert dominance over them."

Sarver said Wednesday he thought the one-year suspension would give him time to "focus, make amends and remove my personal controversy from the teams that I and so many fans love."

Amid the ongoing criticism, however, he decided that he didn't want to be "a distraction."

Suns Legacy Partners, the group that manages the Suns and Mercury, said the decision was "in the best interest of the organization and community."

The group acknowledged the "courage of the people who came forward" and said Sarver's departure was only part of the task of reshaping the work environment of the franchise.

"While we are proud of our progress and the culture of respect and integrity we are building, we know there remains work to do and relationships to rebuild," their statement said.