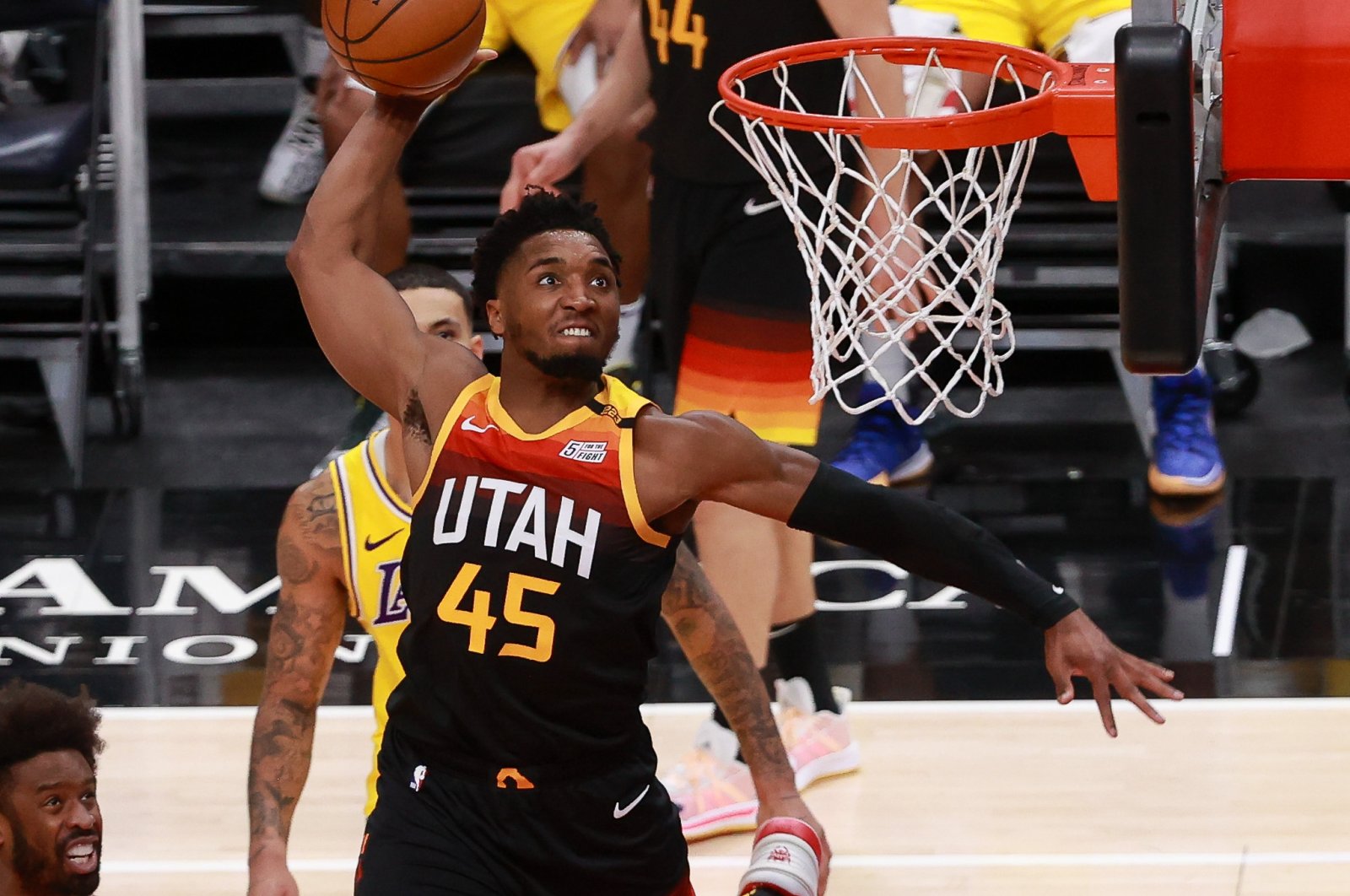 The Utah Jazz manhandled the NBA champion Los Angeles Lakers on Wednesday, improving on their league-leading record with a pitiless 114-89 victory.

"That's the biggest thing, to continue to play consistently for each other and do the little things. We got away from that in the playoffs and (now) we're doing it every night."

The Western Conference-leading Jazz made 22 3-pointers to the Lakers' eight, pulling away in the second quarter as they improved to 26-6.

LeBron James scored 19 points and sat out the fourth quarter with the game out of hand.

Montrezl Harrell with 16 and Markieff Morris with 12 were the only other Lakers players to score in double figures.

Lakers coach Frank Vogel was happy to call the Jazz the hottest team in the NBA "right now," and James said the Lakers were confident of better things to come.

"It's a tough stretch for us, but this won't define what we will be for the rest of the season and the long haul, that's for sure," James said.

Lu Dort was the hero in Oklahoma City, draining a game-winning 3-pointer at the buzzer in the Thunder's 102-99 victory over the San Antonio Spurs.

Shai Gilgeous-Alexander scored a career-high 42 points for the Thunder, who had 16 each from Al Horford and Dort.

San Antonio had tied it up at 99-99 on Lonnie Walker's layup with 29.9 seconds left. But the Spurs turned the ball over with 3.9 to play to set the stage for Dort.

"It felt good when it left my hand, and I was just staring at the ball the whole time," said Dort, who flopped on his back after the shot fell. "When it dropped in, I just dropped too."

It went to overtime in Chicago, where Zach LaVine scored 35 points to help the Bulls overcome the Minnesota Timberwolves 133-126.

LaVine made 14 of his 21 shots and the Bulls connected on 59% of their shots from the field as they won their third straight game.

In Atlanta, Italian veteran Danilo Gallinari set a Hawks record with 10 3-pointers, delivering 38 points off the bench to help the hosts to a 127-112 victory over the struggling Boston Celtics.

Gallinari broke the club record of nine 3-pointers set by Steve Smith in 1997 and the Hawks surpassed the franchise record with 23 3-pointers.

Star point guard Trae Young scored 33 points in a game Atlanta led by as much as 27 in the first half. The Hawks were never threatened in the second as they handed the Celtics a third straight defeat.

New Orleans star Zion Williamson celebrated his first All-Star nod with 32 points in the Pelicans' 128-118 victory over the Detroit Pistons.

Williamson connected on 13 of 18 shots from the field, driving relentlessly to the basket to help the Pelicans erase an early double-digit deficit for the win.

Stephen Curry scored 24 points, connecting on just one of 11 from the 3-point range. But Draymond Green came up just short of a triple-double with 12 points, 11 rebounds and nine assists and added three steals as the Warriors dug deep for their second straight win.