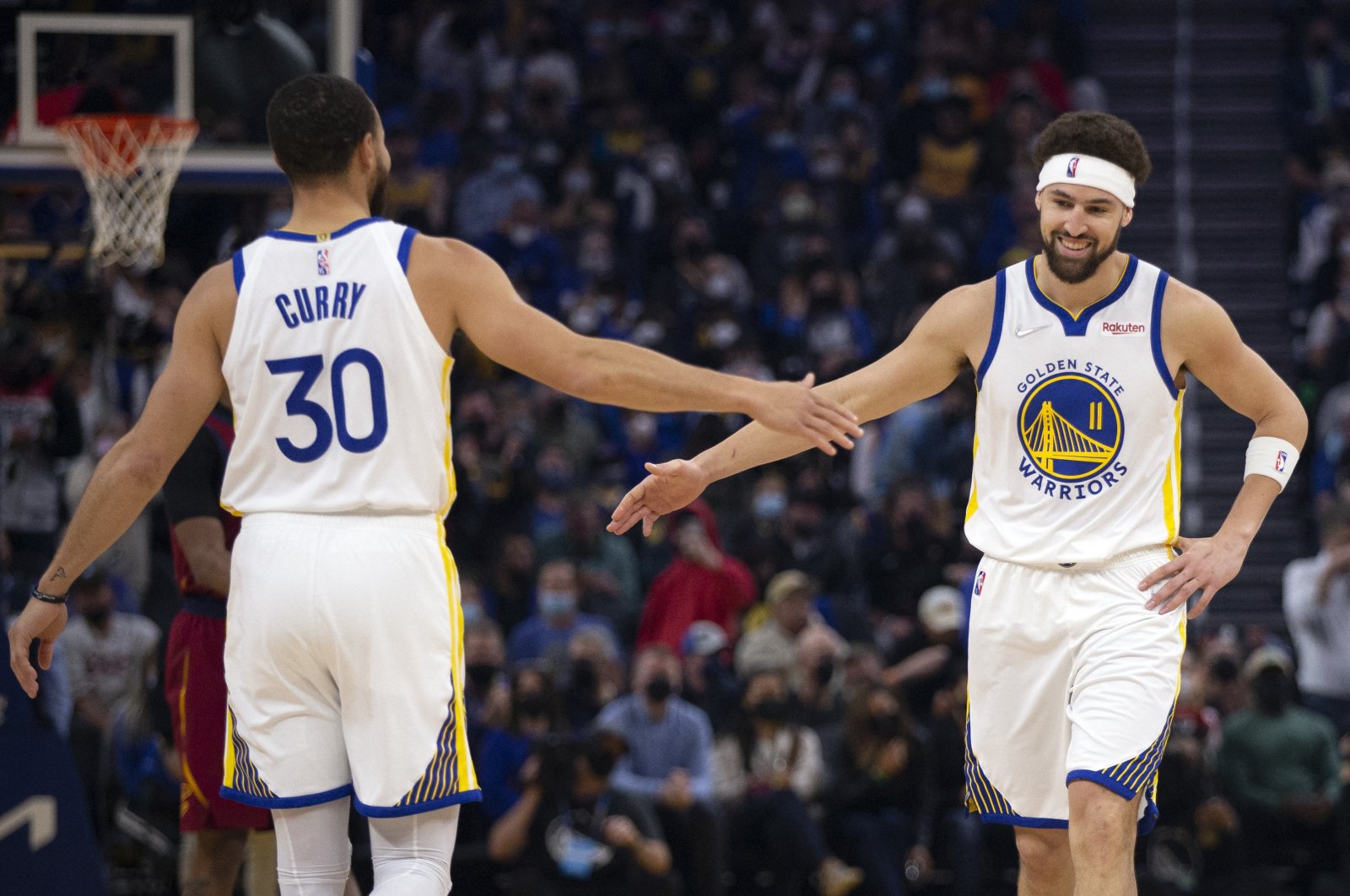 Golden State Warriors celebrated the return of three-time NBA champion Klay Thompson from a 31-month injury absence with a 96-82 victory over the Cleveland Cavaliers on Sunday.

Thompson – who won titles with the Warriors in 2015, 2017 and 2018 – received a rapturous welcome at Chase Center in San Francisco. It was his first game in the arena, which the Warriors have only called home since September 2019.

Thompson scored the Warriors' first basket of the game on their first possession, dispelling any doubt that he was back with a thundering dunk with 2:56 remaining in the first half, driving past Cleveland center Jarrett Allen and ramming the ball home over two Cavs defenders.

It brought fans to their feet, as did the scowl he threw over his shoulder as he ran back down the court on defense.

Before the half ended, he also had the first of his three 3-pointers.

There was nothing tentative in Thompson's game as he played just under 20 minutes in bursts of four to five minutes in each quarter.

He scored 17 points on seven-of-18 shooting, grabbed three rebounds and blocked a shot as the Warriors snapped a two-game skid and improved to 30-9 – matching the Phoenix Suns for best record in the league.

"I was just happy to be out there doing what I love again," Thompson told NBA TV. "Getting my rhythm back, it feels really good."

Thompson last played in an NBA game on June 13, 2019, when he tore the anterior cruciate ligament in his left knee in game six of the NBA Finals. He was on his way back from that injury when, more than 17 months later, he tore his right Achilles tendon.

Thompson's teammates, including Stephen Curry and Draymond Green, started celebrating his return early, all entering the arena and warming up in various versions of Thompson's No. 11 jersey.

The roar when he was introduced before the game was deafening.

"I got a lot of old feelings again about game days – it was surreal," Thompson said.

"The ovation to start the game, I just am so grateful for these fans. It was special.

"I'm never going to forget this night," added Thompson, who departed in the fourth quarter to chants of "Klay! Klay! Klay!"

Curry led the Warriors with 28 points. Green was injured but was in the starting lineup for the tip-off of Thompson's comeback before sitting out the rest of the contest.

"I was amazed at his poise out there, his confidence after being out for so long," Warriors coach Steve Kerr said.

Elsewhere, Ja Morant contributed to the day's highlight reel in the Memphis Grizzlies' 127-119 victory over the Los Angeles Lakers.

The Grizzlies set a club record with their ninth straight victory.

Morant scored 16 points and set a tone with a monster block on Avery Bradley in the first quarter and threw down an alley-oop dunk off a feed from Desmond Bane in the third.

The Grizzlies connected on 54% of their shots from the field. Bane chipped in 23 points as Memphis withstood a 35-point performance from Lakers star LeBron James to halt Los Angeles' four-game winning streak.

In Brooklyn, rookie Cam Thomas drove for the game-winning basket with 1.7 seconds left in overtime as the Nets salvaged a 121-119 victory over the San Antonio Spurs.

The Nets, coming off an emphatic loss to the reigning NBA champion Milwaukee Bucks on Friday, got a much-needed victory on their Barclays Center home court, where they hadn't won since Dec. 16.

The star-studded Nets – led by 28 points from Kevin Durant, plus 26 points, 12 assists and seven rebounds from James Harden – squandered a 12-point lead with 4:59 remaining in regulation against a Spurs team lying 10th in the Western Conference.

In Dallas, Luka Doncic posted a triple-double of 22 points, 14 rebounds and 14 assists to lead the Mavericks to a 113-99 victory over Chicago that ended the Bulls' nine-game win streak.

Doncic, back after missing one game with a sprained right ankle, posted his third triple-double of the season and the 39th of his career.

NBA Most Valuable Player Nikola Jokic scored 22 points and pulled down 18 rebounds to lead the Denver Nuggets to a 99-95 victory over the Oklahoma City Thunder.