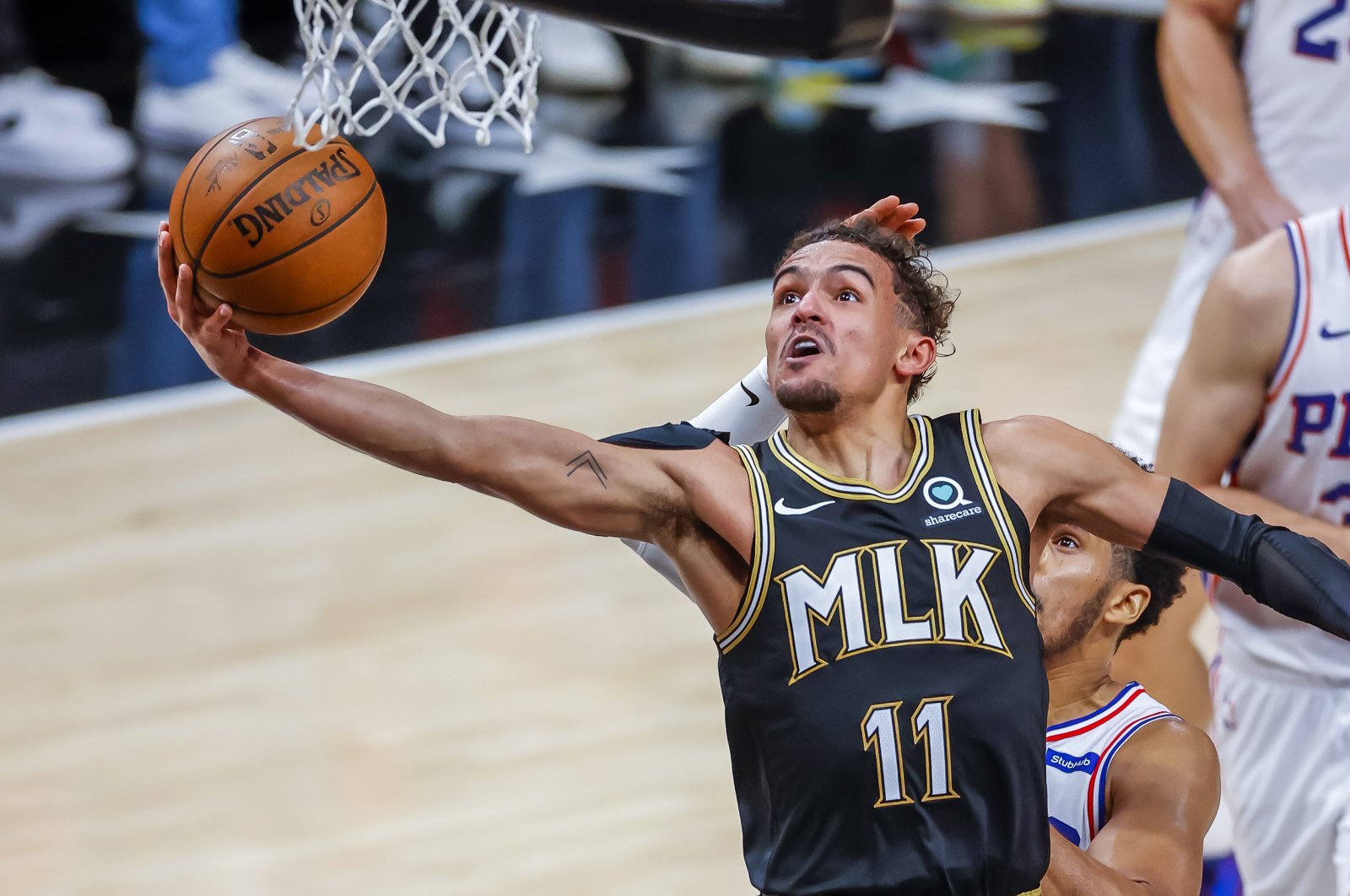 Atlanta Hawks point guard Trae Young tallied 25 points and 18 assists to carry his side to a win against the Philadelphia 76ers in Game 4 of their second-round Eastern Conference playoff series Monday.

Young shot eight of 26 from the floor and drained three threes but he had plenty of help from his supporting cast as all five Hawks starters finished in double figures to level the best-of-seven series at 2-2.

His 18 assists equaled a career-high but he also busted out from under the watchful eye of Philadelphia's defensive specialist Ben Simmons, who was given the task of guarding him. Simmons finished second this year in NBA defensive player of the year voting to Utah's Rudy Gobert.

The fifth-seeded Hawks overcame an 18-point first-half deficit then traded leads with the Sixers down the stretch but managed to hold on for the victory.

"This team never gives up, no matter what the score is," Young said. "I love the way we fight and I'm proud of our team tonight."

Tobias Harris had 20 points and Joel Embiid recorded 17 points and 21 rebounds for the top-seeded 76ers, who were outscored 54-38 in the second half. Simmons delivered 11 points, 12 rebounds, nine assists and two blocks.

Embiid, who averaged 35.3 points, 10.3 rebounds and 4.7 assists over the first three games of this series, is playing with a tear in his right lateral meniscus.

"Even before I went back to the locker room I felt like I didn't have it," Embiid said.

"I guess it's already known," Embiid said of the wonky knee. "There's no need to explain myself anymore. I'm just trying to do the best I can."

Young and Bogdanovic combined for seven threes as the Hawks improved their scoring from beyond the arc. Atlanta committed just four turnovers, compared with 12 for the 76ers.

Elsewhere, Kawhi Leonard and Paul George combined for 62 points as the Los Angles Clippers breezed to a 118-104 win over the top-seeded Utah Jazz in game four of their Western Conference series.

They each scored 31 points, and George added nine rebounds as the Clippers leveled the best-of-seven series at 2-2.

"We are both being aggressive and our teammates are finding us for open shots," said Leonard.

Marcus Morris scored 22 of his 24 points during a first half in which the Clippers led by as much as 29 points.

"We did a great job of making shots and getting stops when we needed to," said Leonard. "Everybody was helping each other."

Leonard left the contest with 4:35 remaining after grabbing his knee and did not return. He exited after being bumped by Jazz's Joe Ingles. Leonard said he would be ready to go in game five.

Utah's Mike Conley (hamstring) sat out and has missed all four games of the series.