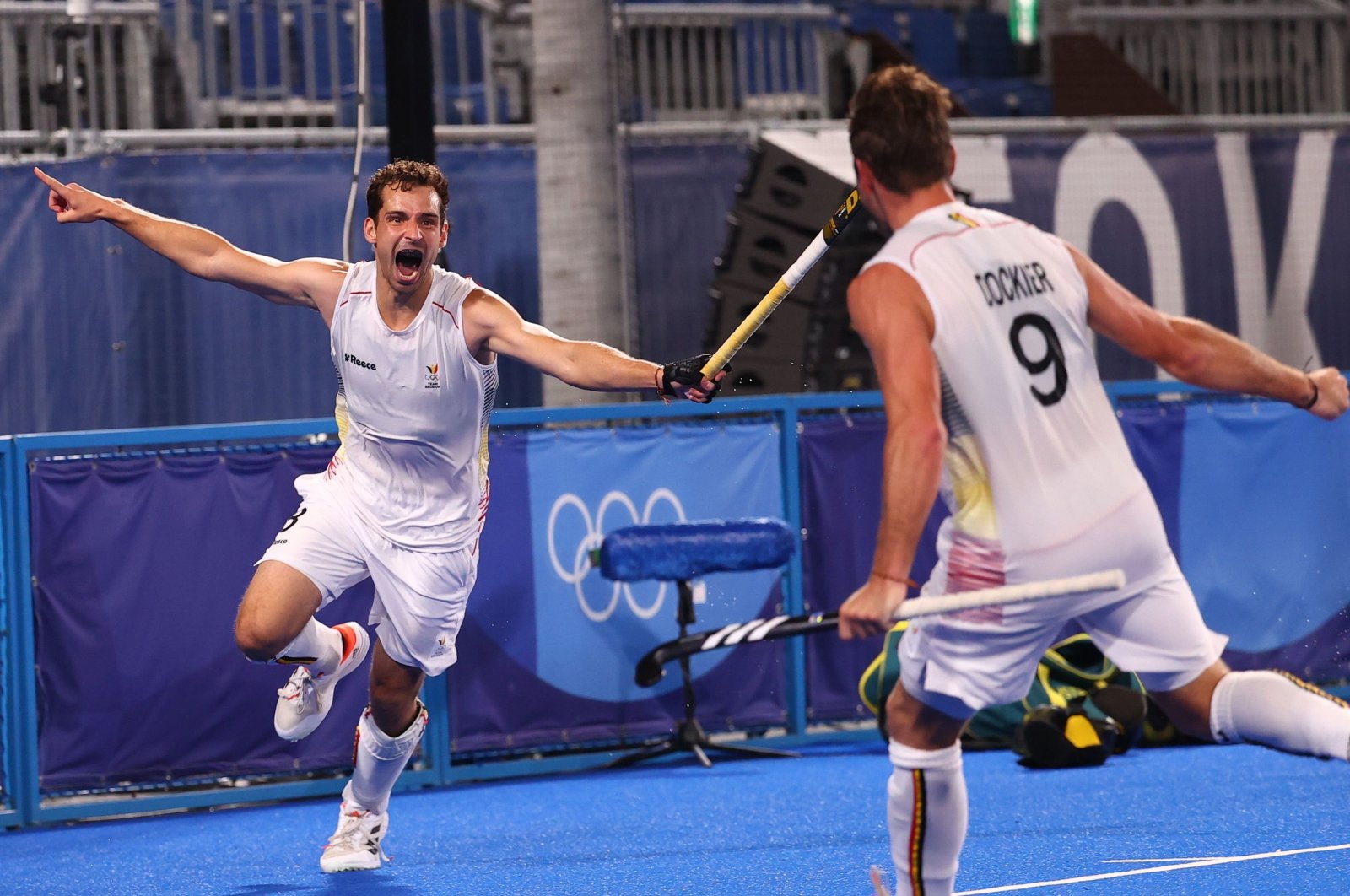 The sides were locked in a close fight through much of the match as the regular time finished in a 1-1 draw.

Australia equalized thanks to a goal by Tom Wickham, sending the match to the shootout, in which Belgian goalie Vincent Vanasch played a key role as the Kookaburras failed on three attempts.

"We were really focused and then I did the job at the end," Vanasch told reporters.

"I’m really happy. I think all of the Belgian people are proud today of the Belgium national team."

Australia, who won the silver medal, claimed its last Olympic title in 2004.

India, in the meantime, took the bronze earlier Thursday after a thrilling 5-4 victory over Germany, giving the country its first Olympic medal in the sport since the 1980 Moscow Games.

"It's a dream come true," Simranjeet said. "We've made 1.3 billion Indians proud by finishing on the podium."

The goal-rich match was not easy for the eight-time Olympic champions. Germany took an early lead through a second-minute goal by Timur Oruz, and posed a threat to India in the first quarter.

After Simranjeet equalized with a backhand shot, Germany kept their cool, scoring twice to take a 3-1 lead in the second quarter.

But India pulled level late in that quarter thanks to goals by Hardik Singh and Harmanpreet Singh, making it 3-3 at halftime.

India took a 5-3 lead after Rupinder Pal Singh notched in a penalty stroke and Simranjeet scored the winner not long into the second half.

Germany got one goal back and tried to force the equalizer, even taking out their goalkeeper to bring in an extra outfield player but they could not beat India goalie Sreejesh Parattu Raveendran who made nine saves in the match.