Blessed is he who plays the almighty Canerball 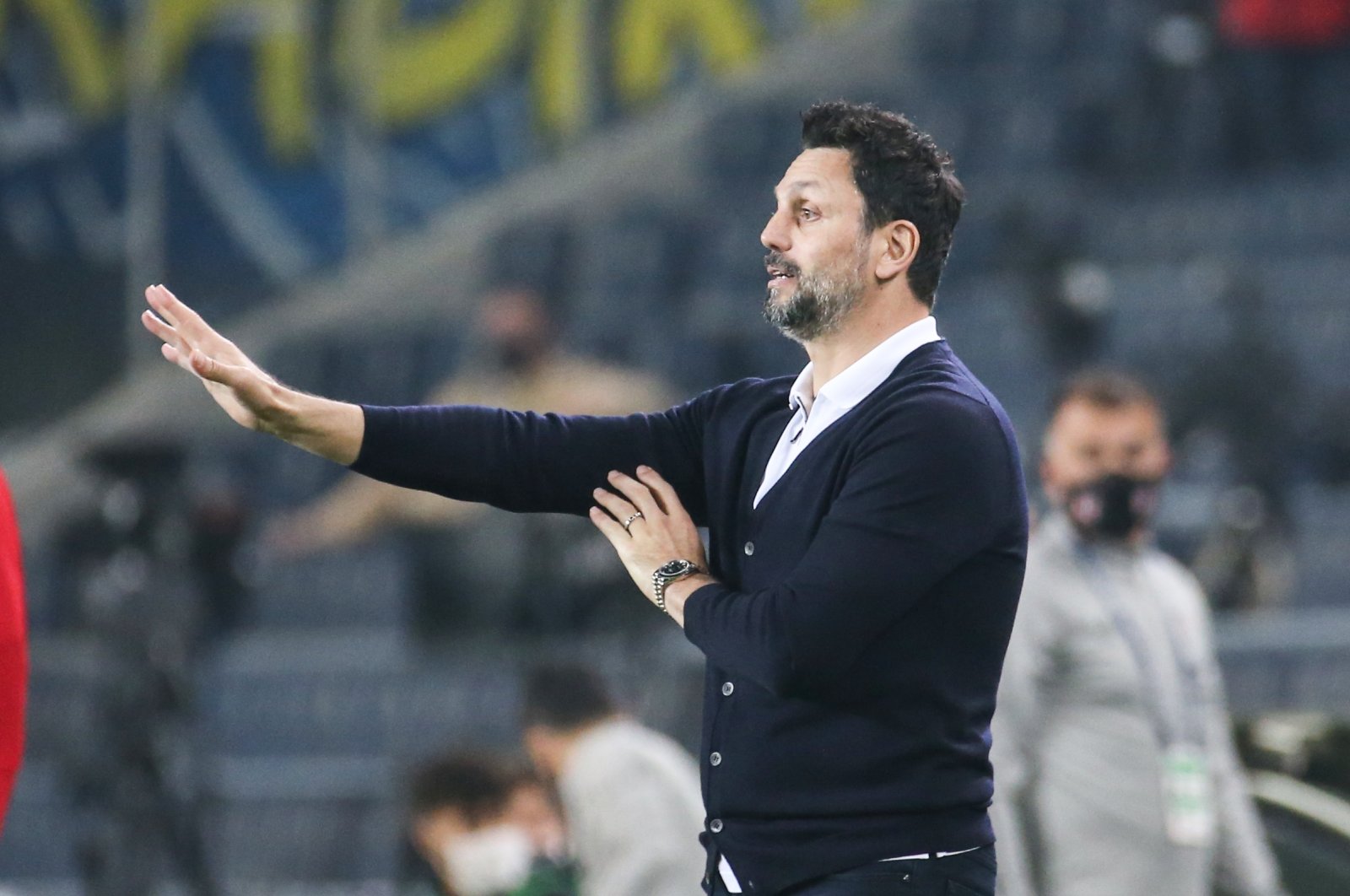 The year 2020 has been a historic one for Fenerbahçe, more than for any other team in Turkey, believe it or not. They lost their 20 years of an unbeaten run at home against Galatasaray in February, 23 years unbeaten record lost to Trabzonspor in July and 15 years against Beşiktaş this Sunday. The psychological dominance of the team in the last two decades, especially when it comes to their home games, evaporated in one year. The legacy of former Chairperson Aziz Yıldırım as a Machiavellian figure who gets the job done at any cost gave the team an invincible aura since the early 2000s. Current Chairperson Ali Koç lost all of it despite coming to the club with high hopes.

However, this time he is not the one to be blamed. Fenerbahçe’s horrendous performance in the last two years was mainly due to Koç’s hasty decisions, but this time it was Fenerbahçe coach Erol Bulut who gifted victory to an archrival. Beşiktaş came to Kadıköy slightly motivated, after surprisingly beating Başakşehir 3-2 last week. Nevertheless, the Black Eagles never showed a stable, reliable performance since the beginning of the season, so Fenerbahçe with its more or less consistent performance was definitely the favorite of the game.

I guess this picture led Bulut to underestimate Beşiktaş’s strength. Yes, Beşiktaş manager Sergen Yalçın still does not have a proper defensive or offensive game plan but has a considerable amount of talented feet suitable for a counterattacking game. Bulut made a grave mistake by positioning central midfielders Luiz Gustavo and Jose Sosa closer to the wings as hidden playmakers, leaving the center completely exposed. Beşiktaş’s athletic forward line, Cyle Larin, Bernard Mensah and Vincent Aboubakar quickly took advantage of this mistake, as Aboubakar scored twice in the first 20 minutes.

Noticing his mistake, Bulut quickly turned to a stricter defensive approach after the first 30 minutes by pulling Gustavo and Sosa more toward the center. Nonetheless, the score was no longer 0-0, and Beşiktaş was eager to keep their 0-2 lead for 60 more minutes. To make matters worse, Fenerbahçe lost the opportunity to score the first goal twice this season. Thus, the team was forced to play something that they had not practiced regularly.

At this moment, as if it is written in some kind of Turkish coaching manual, Bulut suddenly opted for his “break the glass in case of emergency” option and put Caner Erkin in the game. As my readers would know, Erkin is famous for his relentless crosses, which he delivers almost 20 times in some games. From one of Erkin’s crosses, a corner-kick, Fenerbahçe made it 1-2. But then, the game became a Russian roulette between Beşiktaş counterattacks Caner Erkin’s crosses and another Fenerbahçe midfielder Ozan Tufan’s weird attempts to head the ball in.

Despite Beşiktaş striker Cyle Larin’s red card in the 50th minute, the Russian roulette kept going. Beşiktaş scored 1-3, Fenerbahçe scored 2-3, Beşiktaş again, 2-4, and finally Fenerbahçe in the 96th minute 3-4. Against 10 demoralized men, solely defending Beşiktaş, all Bulut was able to do was playing the almighty Canerball. Cross after cross, while Fenerbahçe had the chance of better using the vast space and time Beşiktaş graciously left to them.

Added to that, it was the first game for Fenerbahçe in this season where they conceded more than two goals. The lack of central midfield support showed that Fenerbahçe’s defense is very exposed to athletic counterattackers, which can be a real problem in the following games. Just as how Bulut showed how to stop Galatasaray to the rest of the league in the third week, now Yalçın showed everyone how to beat Fenerbahçe. Bulut better come up with something more sophisticated than Canerball if he wants to win the season.