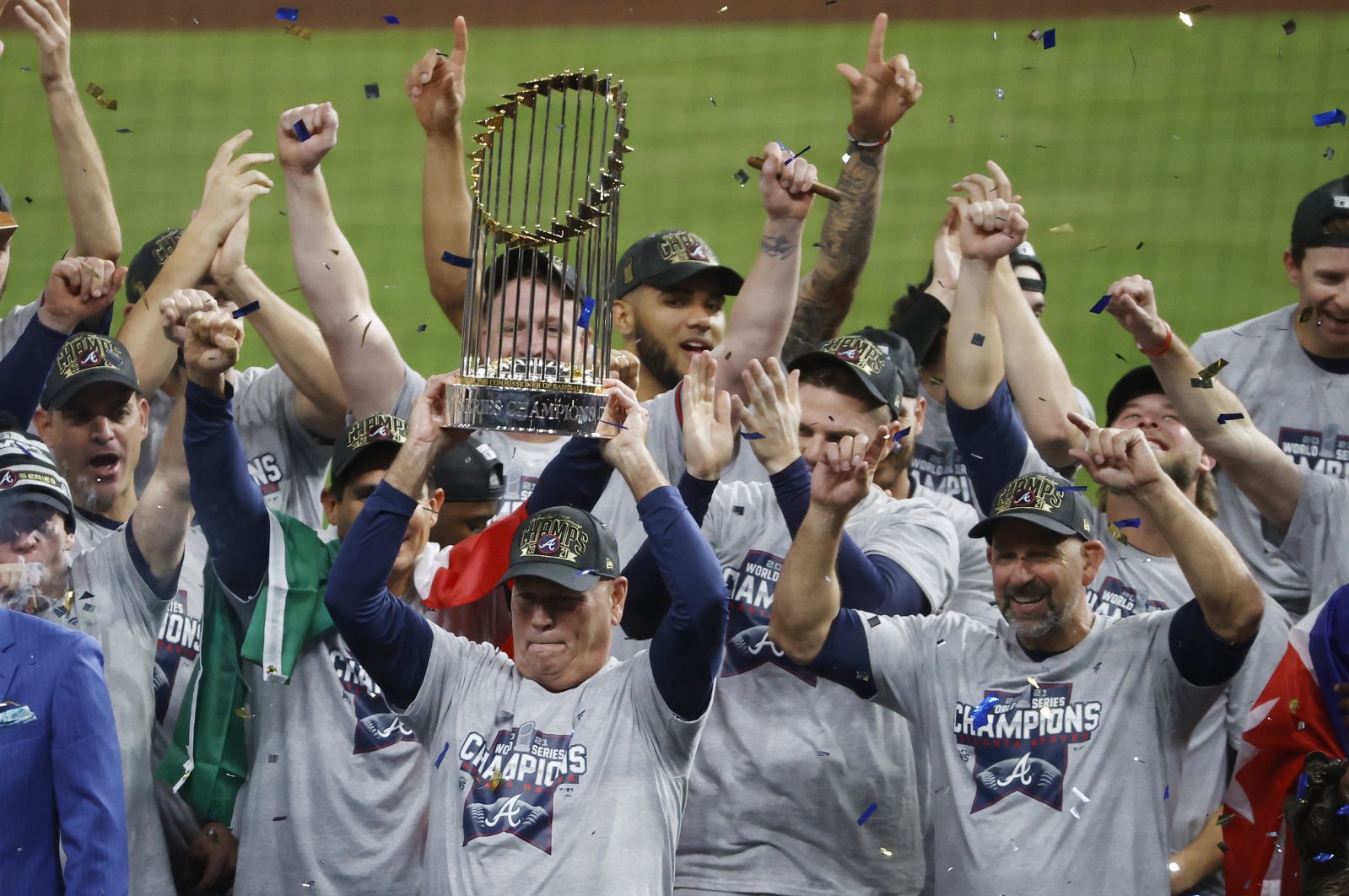 The Atlanta Braves ended its 26-year wait for the World Series with a Game Six 7-0 thumping of the Houston Astros on Tuesday.

The Braves overcame a season full of setbacks to win the World Series for the first time since 1995 after sealing the championship 4-2.

Their run through the postseason included series victories over the Milwaukee Brewers and defending champion Los Angeles Dodgers before beating the favored Astros in the best-of-seven "Fall Classic."

It marked the second World Series title for the Braves since the team moved to Atlanta from Milwaukee in 1966 and denied the Astros a second championship in five years.

First baseman Freddie Freeman, who has been with the Braves since 2007, said the team had come through so much this season.

"This team hit every pothole and bump you could possibly hit this year," Freeman said.

"Everything that could go wrong, went wrong and we overcame every single one of those things. We came in every single day and prepared and worked and ended up world champions."

The Braves had lost pitcher Mike Soroka for the season due to an Achilles injury, outfielder Ronald Acuna in July to a torn anterior cruciate ligament and starter Charlie Morton a week ago when his leg was broken by a comebacker in Game One.

Outfielder Marcell Ozuna was placed on administrative leave by Major League Baseball (MLB) after being arrested in May for allegedly assaulting his wife.

The club rebuilt ahead of July's trade deadline with the acquisitions of Jorge Soler, Adam Duvall, Eddie Rosario and Joc Pederson and they found their stride down the stretch.

The Braves struck in the third inning when Soler crushed a breaking ball from Luis Garcia 446 feet (136 meters) and out of Minute Maid Park for a 3-0 lead that stunned the Houston crowd.

The 29-year-old slugger dropped his bat, thumped his chest and pointed to the Braves dugout before setting out to round the bases.

Soler, who hit three home runs and had six RBIs in the series, was named the Most Valuable Player (MVP) after the game.

Dansby Swanson extended the Braves lead in the top of the fifth with a two-run shot to left field and Freeman tacked on another with an RBI double off the left-field fence that put the Braves up 6-0.

Freeman struck again in the seventh when he pounded a solo home run to left center as Braves fans watching the game on screens inside Atlanta's Truist Park got the party started early.

Braves ace Max Fried rebounded strongly after being roughed up in his last two starts. The left-handed starter gave up just four hits while striking out six and walking none over six innings.

Atlanta's bullpen took it the rest of the way, Tyler Matzek striking out the side in the eighth and closer Will Smith getting Yuli Gurriel to ground out to Swanson in the bottom of the ninth to end the series.

Braves manager Brian Snitker, who has been with the organization for 45 years, said the victory showed the team's resilience.

"We lost a lot of pieces over the course of the summer and it was just next man up," Snitker said.

The Braves franchise, which dates back to the 1870s, also won a title in 1914 when they were in Boston and in 1957 when they played in Milwaukee. Their 1995 win came against the Cleveland Indians.