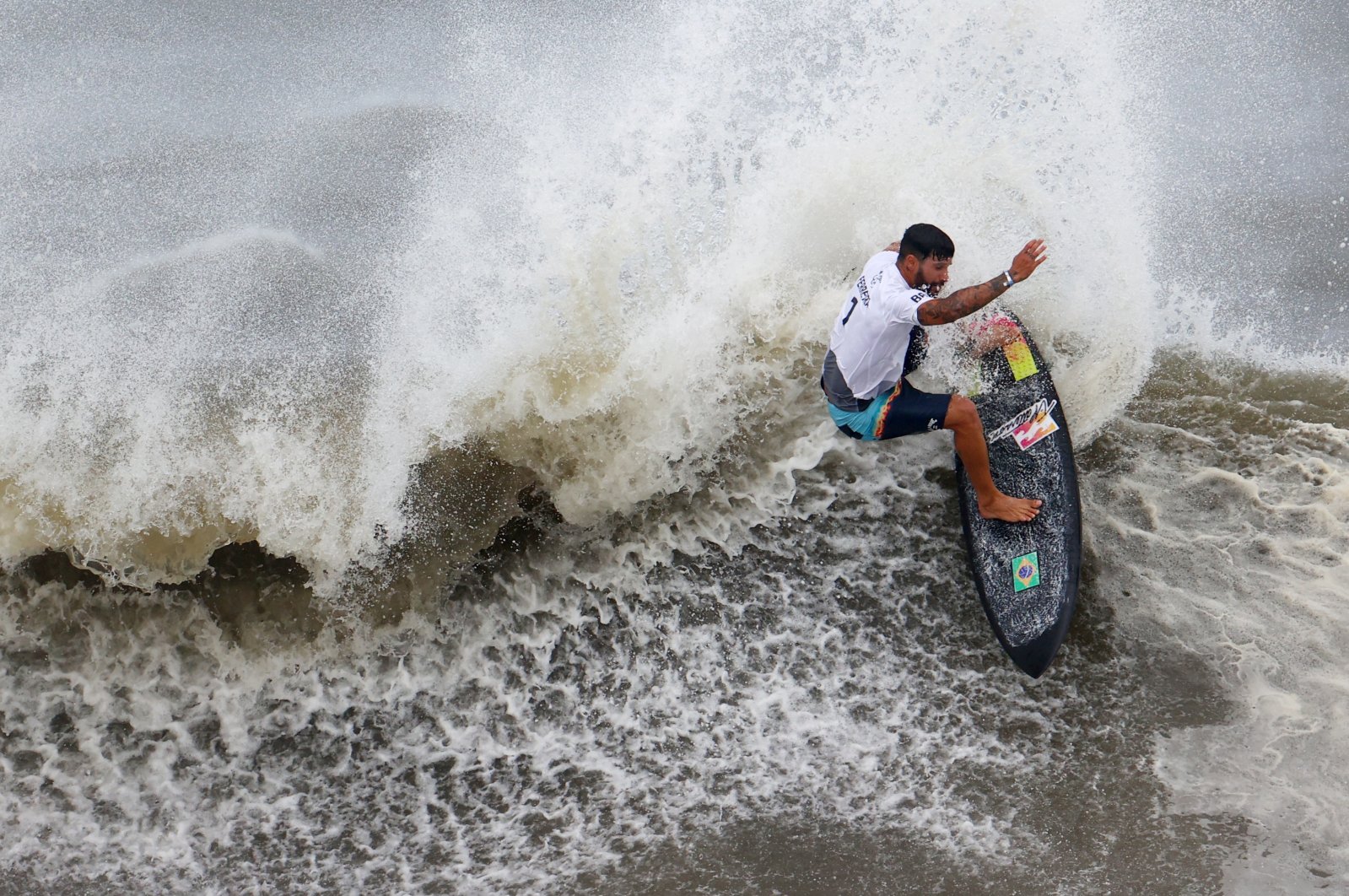 Ferreira, who learned to surf standing on the foam box his father sold fish from, snapped his board on the first wave of his final against Japan's Kanoa Igarashi.

He had to wait in the sea as a team official brought him a replacement, but he shook off the early setback to score 15.14 to Igarashi's 6.60.

"I think it's one of the best days of my life, for sure," said Ferreira, the 2019 world champion.

"For me, that was a long day, and it was a dream come true. In the last couple of months, I have been training a lot, just to live in this moment."

"I just want to say thank you God for the opportunity to be here and do what I love," he added.

Igarashi had shocked tournament favorite Gabriel Medina in the semifinals, landing a stunning aerial move late in the contest to beat the Brazilian world No. 1.

And the Japanese rider's luck looked to be in when Ferreira snapped his board on the very first wave.

But the Brazilian promptly took control of the contest with an imperious performance, before being carried back up the beach on his teammates' shoulders.

"I was super-confident, and when I broke the board I was like 'Let's go to the beach and get another one and try again,' and that's what I did," said Ferreira.

Japan's Amuro Tsuzuki beat Caroline Marks of the U.S. in the bronze-medal match.

The medal events – originally scheduled to take place on Wednesday – were moved forward to Tuesday to take advantage of favorable wave conditions.