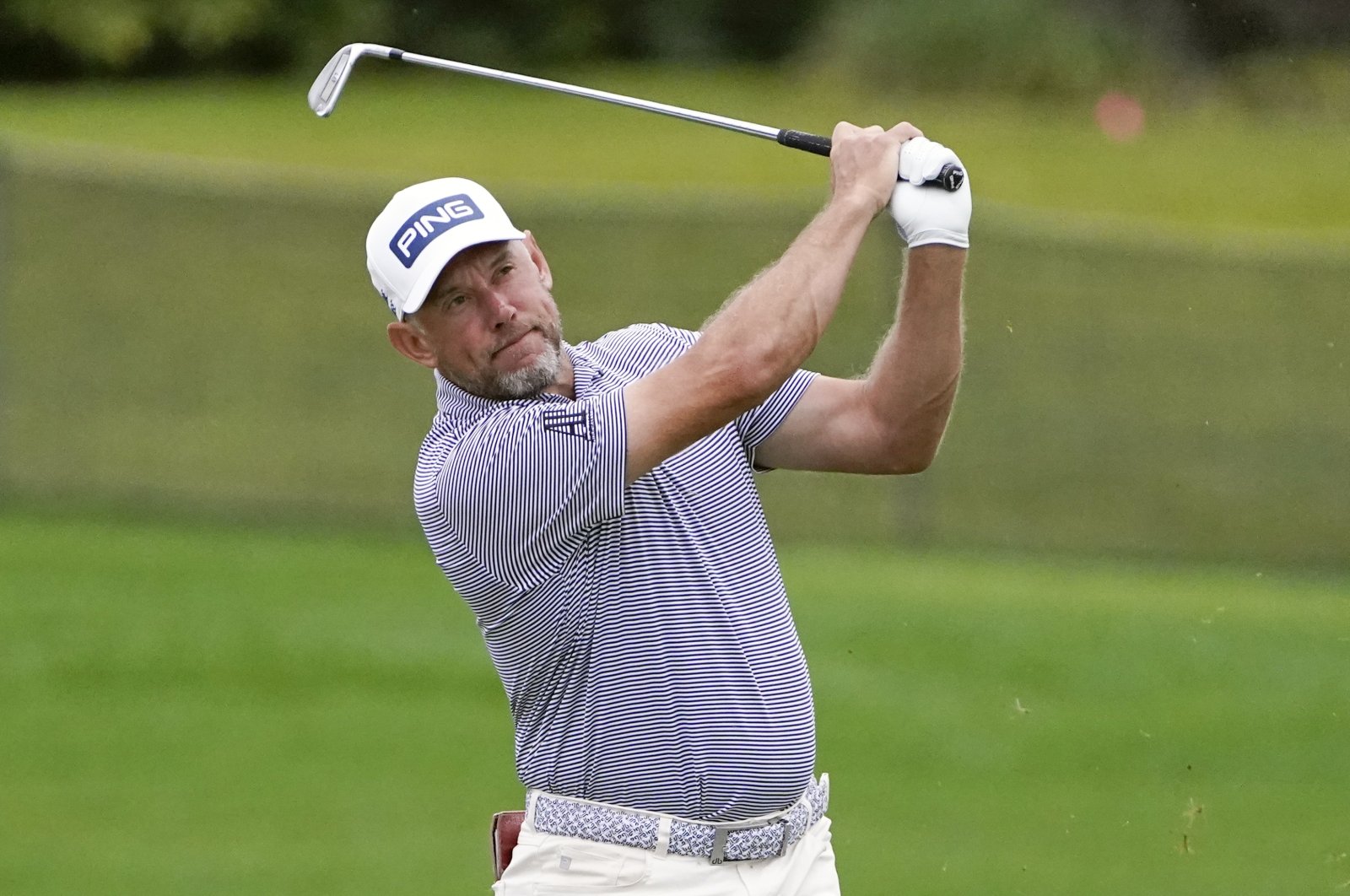 Britain's Lee Westwood curled in a 28-foot closing birdie putt after an eagle at 16 to seize a one-stroke lead after Saturday's third round of the Arnold Palmer Invitational.

The 47-year-old Englishman made eight birdies and an eagle against three bogeys to shoot a seven-under-par 65 and stand on 11-under 205 after 54 holes at rain-softened Bay Hill.

"I'm not surprised," Westwood said. "I know I'm still capable of playing well when it matters.

Reigning U.S. Open champion Bryson DeChambeau shot 68 to share second on 206 with Canadian Corey Conners while Americans Jordan Spieth and Keegan Bradley were on 207 and England's Tommy Fleetwood was sixth on 209.

Thailand's Jazz Janewattananond and Spieth each made aces and DeChambeau drove 370 yards (338 meters) over a lake to delight a limited crowd allowed into the event under COVID-19 protocols.

"I felt like a kid again. It was exciting. Especially when you pull it off," DeChambeau said. "It was almost like winning a tournament. I got the same chills and feeling when I saw it clear and there was no splash. I gave the fans what they wanted."

Westwood, ranked 39th, produced his lowest round in 49 trips around the Orlando layout since 1998 in search of his first U.S. PGA victory since the 2010 St. Jude Classic.

Westwood, who won last year at Abu Dhabi, shared fifth at Bay Hill 15 years ago in his only top-10 showing.

Westwood birdied from just inside 30 feet at the first, answered a bogey at the second with birdies at the par-5 fourth and sixth and birdied the par-3 seventh and par-4 eighth.

After a birdie-bogey start to the back nine and a bogey at 15, Westwood holed out from 32 feet for eagle before his final putt.

DeChambeau, who birdied all four par-5 holes, made his epic tee shot at the par-5 sixth with 340 yards of a lake between him and the green.

The crowd roared as his mighty blast cleared 346 yards in the air before rolling into the far rough, the longest drive in the hole's history.

"I was definitely nervous," he said. "I connected pretty solid. It would have gotten there (the green) if I had gone for it."

Conners birdied three par-5 holes and blasted out of a bunker inches from the cup at 18 to save par.

"It was definitely huge," he said. "I was trying hard to get it up and down and keep some momentum for tomorrow. It was a tough day."

While 2011 PGA Championship winner Keegan Bradley had the week's low round at 64, Spieth fired 68 chasing his first win since the 2017 British Open.

Spieth opened with a 19-foot birdie putt and aced the par-3 second, landing a 5-iron cut shot on the green and rolling it into the cup.

It was the first ace at Bay Hill's second since Pat Perez in 2008, and Spieth's third career ace after the 2013 Puerto Rico Open and 2015 BMW Championship.

"What a dream start," Spieth said. "If you told me I'd play the rest of the course 1-under I'd have taken it."

World number 62 Spieth rescued three pars and holed out from 71 feet from a bunker to birdie the par-3 seventh.

"I felt like I was stealing," Spieth said. "It was exciting. It was cool."

"I was leaking oil there at the end," he said.

Defending champion Tyrrell Hatton fired a 67 to stand on 210 while fellow Englishman Justin Rose tweaked his back and withdrew.