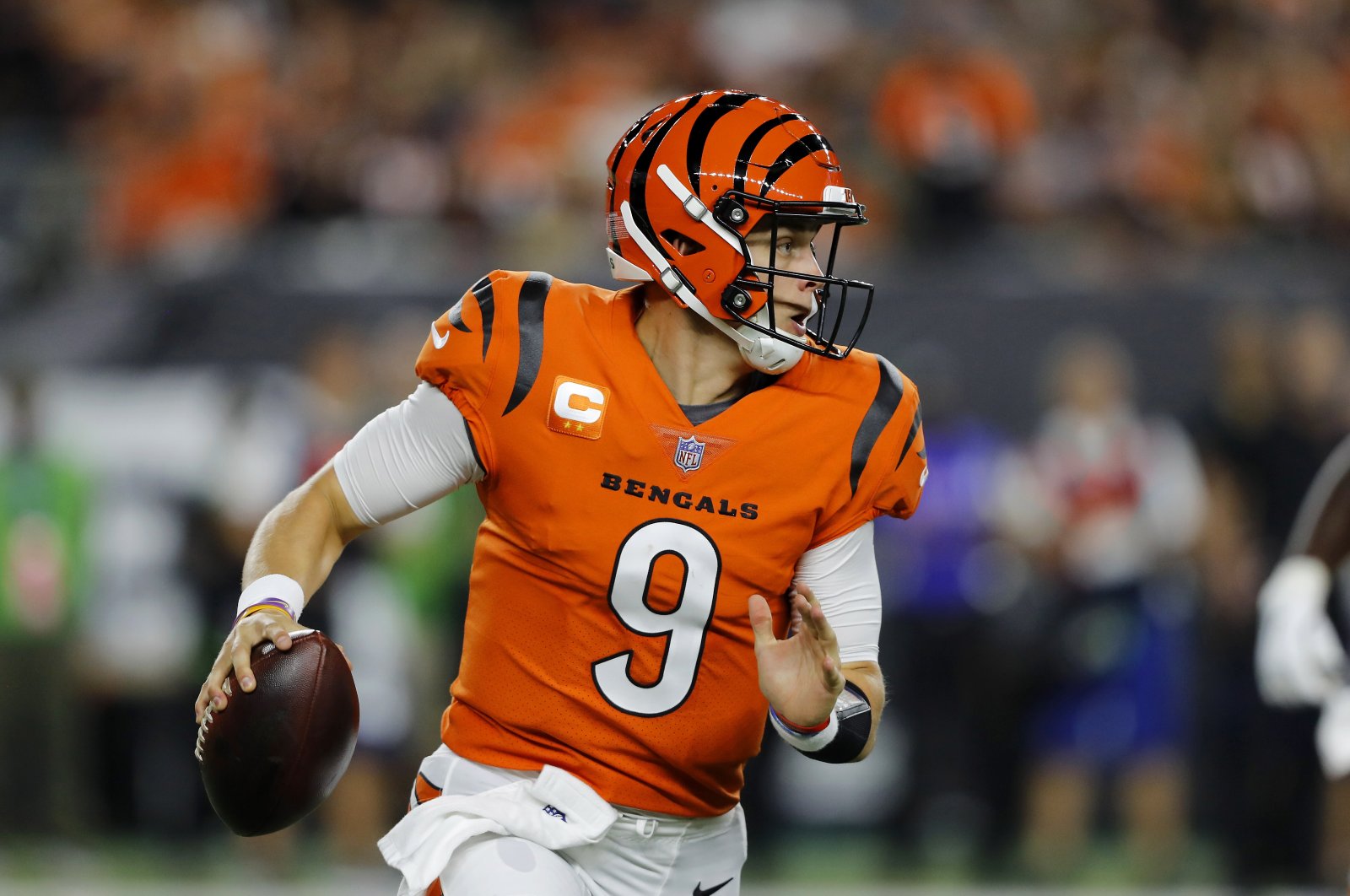 The first NFL meeting between former college football standout quarterbacks Joe Burrow and Trevor Lawrence – who last faced each other on the gridiron nearly two years ago with the national championship at stake – played a lot closer this time around, but Burrow maintained his dominance over Lawrence as the Cincinnati Bengals beat the Jacksonville Jaguars in the Thursday Night Football matchup.

Rookie Evan McPherson drilled a 35-yard field goal as time expired to give the Bengals a 24-21 victory over the visiting Jaguars. Three of Cincinnati's first four games have all been decided by a field goal, with Cincinnati coming out on the winning side twice on those occasions.

Burrow tossed two second-half touchdown passes to C.J. Uzomah for the Bengals (3-1). The duo also teamed up to set up the winning field goal with a 25-yard gain to the Jacksonville 21-yard line.

Trevor Lawrence completed 17 of 24 passes for 204 yards and also rushed for a touchdown for the Jaguars. Lawrence, the No. 1 overall pick in this year's draft, is winless as an NFL starter after going 34-2 at Clemson over the past three seasons.

James Robinson rushed for 78 yards and two touchdowns on 18 carries for the Jaguars.

Burrow completed 25 of 32 passes for 348 yards. He was the No. 1 overall pick in 2020, and this matchup was only the second in NFL history between a rookie quarterback picked No. 1 overall (Lawrence) and the previous draft's first overall pick QB.

Uzomah caught five passes for a career-high 95 yards, with his two scores also a single-game high. Tyler Boyd had nine receptions for 118 yards and Joe Mixon rushed for 67 yards and one touchdown on 16 carries for Cincinnati.

The Bengals tied the game less than six minutes later. Burrow rolled to his left away from pressure on third down and found Uzomah at the Jacksonville 16 and the latter scurried down the left sideline to finish off the 31-yard scoring play.

The Bengals trailed 14-0 at the break but came out strong in the third quarter.

Cincinnati took the half's opening kickoff and drove 69 yards on four plays with Uzomah catching a 22-yard scoring pass from Burrow with 13:12 left in the third quarter.

The next time the Bengals had the ball, they navigated 86 yards on 12 plays with Mixon capping the drive on a 1-yard run with 5:10 remaining in the stanza.

Jacksonville had 15 first downs in the first half compared to Cincinnati's four.

Less than four minutes after McPherson, who also had a game-winning kick in overtime in Week 1 against Minnesota, missed a 43-yard field-goal attempt, the Jaguars jumped to a 7-0 lead on Robinson's 6-yard scoring run with 1:28 left in the first quarter. They increased the lead to 14 on Lawrence's 7-yard keeper with 4:45 left in the first half.

Jacksonville had a chance to move ahead by three touchdowns before halftime but Cincinnati linebacker Logan Wilson stuffed Lawrence on a fourth-and-goal keeper from the 1 with 53 seconds left.