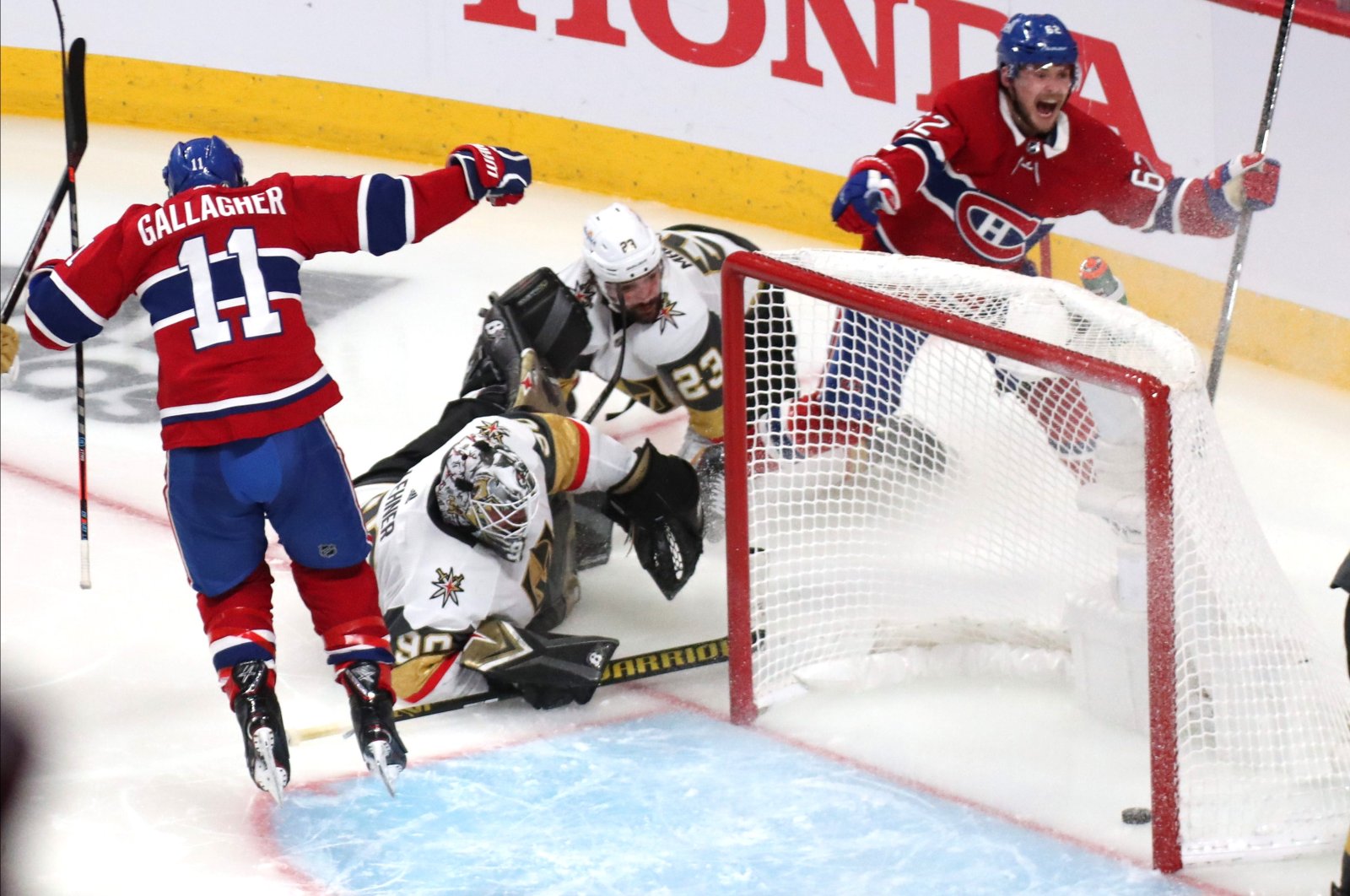 The last time the Montreal Canadiens reached the Stanley Cup Finals one of their potential opponents in this year's Finals, the Tampa Bay Lightning, had just finished its inaugural season in the NHL, while their other potential opponent, the New York Islanders, is the team that they had beaten 4-1 in the Eastern Conference Finals that year – 1993.

The Canadiens knocked off the heavily favored Vegas Golden Knights in Game 6 of their series on Thursday night. Danualt’s no-look pass set up Artturi Lehkonen’s goal scored 1:39 into overtime to clinch a 3-2 win over Vegas and punch Montreal's ticket to the Finals.

Carey Price stopped 37 shots, Caufield and captain Shea Weber also scored and the Canadiens advanced to the championship round for the first time since winning their 24th title 28 years ago.

Considered mere afterthoughts after entering the playoffs with the worst record, Montreal has won 11 of 13 since falling behind 3-1 to Toronto in its first-round series.

“I feel blessed, very blessed to be here with Montreal and to be in the Stanley Cup Final is something amazing,” said Danault, who grew up in Victoriaville, Quebec, and is in his sixth season with the Canadiens. “Obviously, Cole has been scoring goals, too. We all participate and it’s a team effort all series. I’m so proud of us.”

Caufield, who scored his fourth playoff goal on a breakaway in the second period, paid tribute to the veteran players such Weber and Price, making their first trip to the final.

“I’m just trying to take it all in and enjoy the moment,” said the 20-year-old Caufield who has played more NHL playoff games (15) than regular-season (10). “It’s for the older guys.”

That’s when Danault put his arm around Caufield and said: “You’re sure a big part of it though.”

Montreal will make its NHL-leading 35th Stanley Cup Final appearance. The Canadiens will face the winner of the semifinal series between the defending champion Lightning and New York Islanders, which heads to a Game 7 at Tampa Bay on Friday.

Montreal also becomes just the sixth Canadian-based team to reach the final since 1994, and first since the Vancouver Canucks lost to Boston in seven games in 2011.

“We wouldn’t be here right now if we didn’t believe,” Price said. “We’ve believed this whole time and obviously we’re ecstatic and we have a lot of work left to do.”

The Golden Knights, making their third semifinal appearance in four seasons of existence, fell short of returning to the championship round for the first time since their inaugural campaign in 2018, when they lost to Washington in five games. They were undone by a sputtering offense that managed just nine goals against Montreal following a 4-1 series-opening win and an anemic power play that went 0 for 17 against the Canadiens.

“Pretty terrible feeling,” Golden Knights captain Mark Stone said. “I’m the captain of this team, the leader of this team and take a lot of responsibility for what just occurred.”

The game was decided off a faceoff in the Montreal end, and after Price held his ground to stop former Canadiens captain Max Pacioretty set up in the left circle. Danault gained the Vegas zone, drew two defenders in the middle and slipped a no-look pass to his left to Lehkonen, who lifted a shot beating Robin Lehner high on the short side.

“Just trying to go high and hit the net,” Lehkonen said. “We’re trying to keep it going one game at a time and not think things too much far ahead. I feel like we showed up today and it’s a big win for us and we have four more to go.”

Leave it to the Canadiens' checking line to finish off a series in which Montreal smothered the Golden Knights.

“Obviously, Pricey makes a big save, so we take the draw and we left (the zone),” Danault said. “We just capitalized, saw an opening and hell of a bury by Lecky ... It was a great image of our series.”

“It (stinks) we couldn’t get over the hump,” Lehner said. “We’re a hard-working group ... I’m proud of everyone in there. We’re right there knocking on the door.”

The Golden Knights twice erased one-goal deficits. Reilly Smith scored 48 seconds after Weber opened the scoring. Alec Martinez tied it again 68 seconds into the third period by converting a rebound after Price was unable to glove Alex Pietrangelo’s shot from the top of the right circle.

Golden Knights coach Peter DeBoer turned to Lehner for a second straight time in Montreal, and with the team traveling cross-country for the second time in three days.

It marked an unlikely end for a Golden Knights team that finished the regular season with a 40-14-2, record and matched the Presidents’ Trophy-winning Colorado Avalanche with 82 points. Vegas overcame adversity in its first two playoff rounds. The Golden Knights squandered an opening-round 3-1 series lead to Minnesota, before winning Game 7. Vegas then fell behind 2-0 in the second round to Colorado before winning the next four games.

The Canadiens are no strangers to adversity. They opened the playoffs rallying from a 3-1 first-round series deficit against Toronto, before sweeping the Winnipeg Jets in the second round. Montreal has also overcome missing interim coach Dominique Ducharme, who has spent the past four games in quarantine after testing positive for COVID-19 last week.