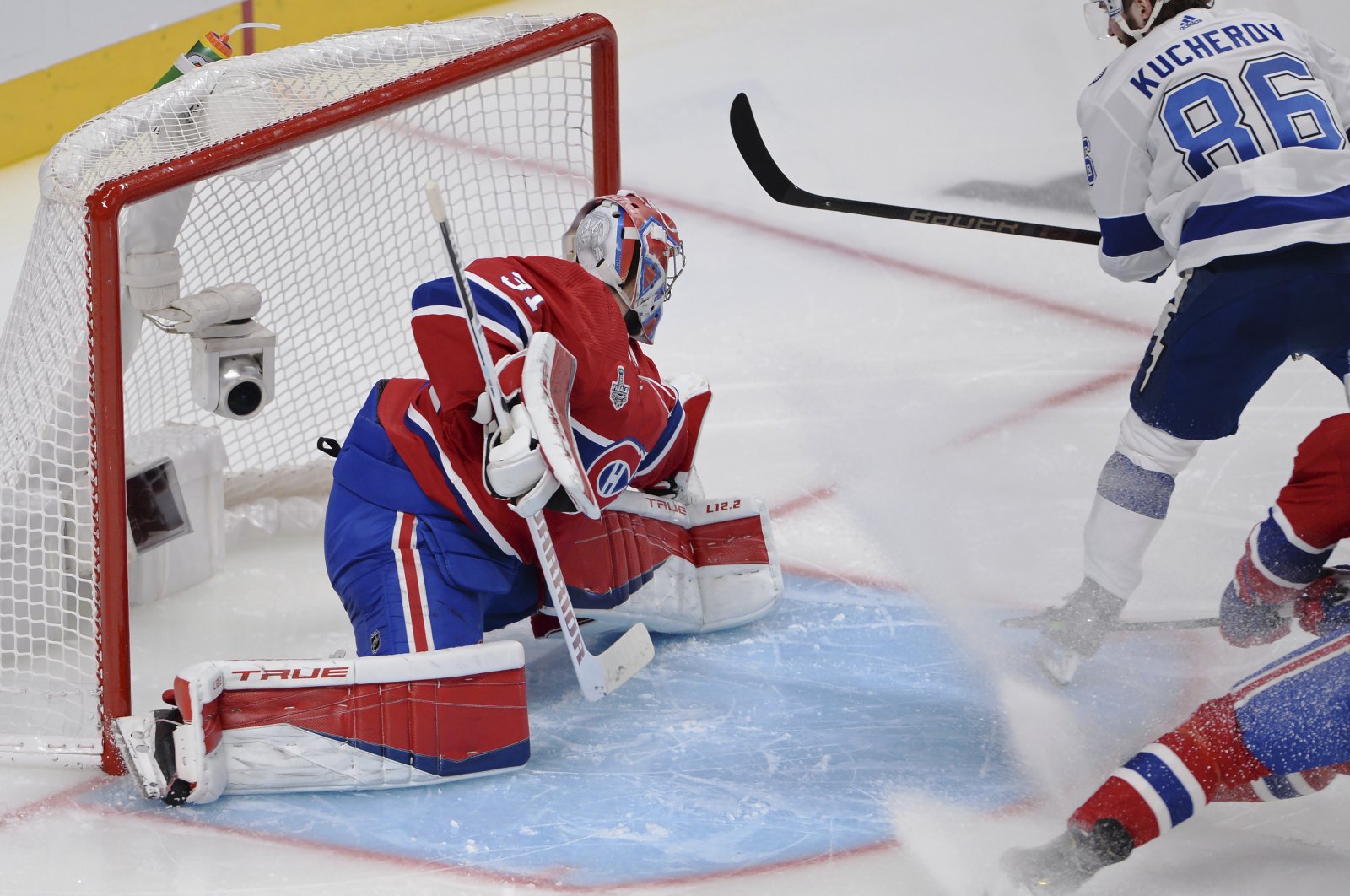 Only one team has ever come back from a three-game deficit in the Stanley Cup Final to raise the coveted chalice, and that was nearly eight decades ago. History is against the Canadiens, who find themselves on the verge of elimination after a crushing 6-3 loss to Tampa Friday. If they mount a comeback and beat the insurmountable odds, they will of course be a part of hockey lore for ages to come. Even if they don't, the Lightning themselves are ready to become only the second team in 22 years to repeat as Stanley Cup champions.

Putting last season's title in the past, Victor Hedman and the Lightning are focused solely on finishing the job this year.

“Obviously, what we did in the bubble last year was very special, and you want to relive that moment,” Hedman said, referring to the Lightning beating Dallas in six games in the final played in Edmonton, Alberta. “But at the end of the day, we’re not there yet. We need to win one more game ... And we’re not satisfied until that’s done.”

The quick-strike Lightning took one major step closer Friday night with a resounding 6-3 rout of the Montreal Canadiens in Game 3 of the Stanley Cup Final. Tampa Bay caught the Canadiens flat-footed by scoring twice in the opening minutes of each of the first two periods to take a 3-0 series lead. Game 4 is Monday night in Montreal.

Tampa Bay is in a position to join Pittsburgh (2016 and ’17) and also has an opportunity to complete the first sweep in the final since Detroit beat Washington in 1998.

In showing how much depth the Lightning have, Tyler Johnson led the way by scoring twice in his second game since moving up from the fourth to the second line to fill in for injured forward Alex Killorn.

Rather than allow Montreal to build off the momentum it generated in a 3-1 loss in Game 2, in which Tampa Bay won despite being outshot 43-23, the Lightning took it to the Canadiens. Tampa Bay has scored the opening goal in all three games and has yet to trail in the series.

“We didn’t want to sit back, especially in the neutral zone,” Johnson said. “I think a lot of it is just our team wanting to be on the attack, and kind of being close. We’re just trying to go for it.”

Hedman and Nikita Kurcherov each had a goal and assist. Jan Rutta and Blake Coleman, with an empty-netter, also scored for the Lightning, who also won the Cup in 2004. Andrei Vasilevskiy stopped 32 shots

Vasilevskiy inexplicably whiffed in allowing Nick Suzuki’s shot from the right circle to beat him through the legs to cut Tampa Bay’s lead to 4-2 with 1:56 left in the second period. The goalie responded by stopping the first eight shots he faced in the third period, including Joel Armia from in close, before Johnson scored his second goal to put the Lightning up 5-2 with 4:41 left.

It’s on the Canadiens to muster a response.

“We don’t have a choice,” goalie Carey Price said. “We’ve overcome adversity all season long, and our backs are obviously against the wall, so we’ll have to start bringing our best.”

The Canadiens face elimination for the second time this postseason after rallying from a 3-1 first-round series deficit to beat Toronto.

A 3-0 hole is even more daunting. In NHL playoff history, only four teams have rallied to win a series after losing the first three games, with Toronto the only one to do so in the final in beating Detroit to win the Cup in 1942. The Los Angeles Kings were the last team to overcome a 3-0 series deficit by beating San Jose in a 2014 first-round series.

Phillip Danault and Corey Perry also scored for a Montreal team that felt disrespected in making its deepest playoff run since winning its 24th Cup.

“Kind of like the whole season, we’ve been underdogs,” Danault said of a team that entered the playoffs with the worst record of the 16 qualifiers. “We didn’t quit the whole year, no matter what was being said. And I can guarantee that nobody on the team is going to quit now.”

The game was the NHL’s first played in the month of July, a year after playing its first games in August.

Playing the first Stanley Cup Final since their championship-winning 4-1 victory over the Wayne Gretzky-led Kings in Game 5 at the Montreal Forum on June 9, 1993, did little to spark the Canadiens. Neither did the return of interim coach Dominique Ducharme for the Canadiens, who were outscored 8-2 in two games at Tampa Bay.

One of Ducharme’s first moves was to spend Montreal’s only timeout after the Lightning scored 1:35 apart to build a 2-0 lead 3:27 in. Ducharme spent the past two weeks in mandatory self-quarantine in Montreal after testing positive for COVID-19.

“I can definitely play better. it’s just not good enough so far,” said Price, who gave up five goals on 25 shots.

He’s not the only one.

Down 2-1 after one period, Montreal unraveled to open the second period.

Defenseman Erik Cernak caught the Canadiens sleeping on a line change to set up Kucherov scoring on a 2-on-0 break 1:40 into the period. From deep in his own zone, Cernak sent a pass intended for Ondrej Palat at Montreal’s blue line. Palat chased down the puck at the left circle and fed Kucherov, who flipped it in the open right side.

Johnson scored 1:53 later on a 2-on-1 break and after Price got his blocker up to stop Mathieu Joseph’s shot from the left circle. The rebound caromed off Joseph’s skate and directly to Johnson who backhanded it into the open right side.