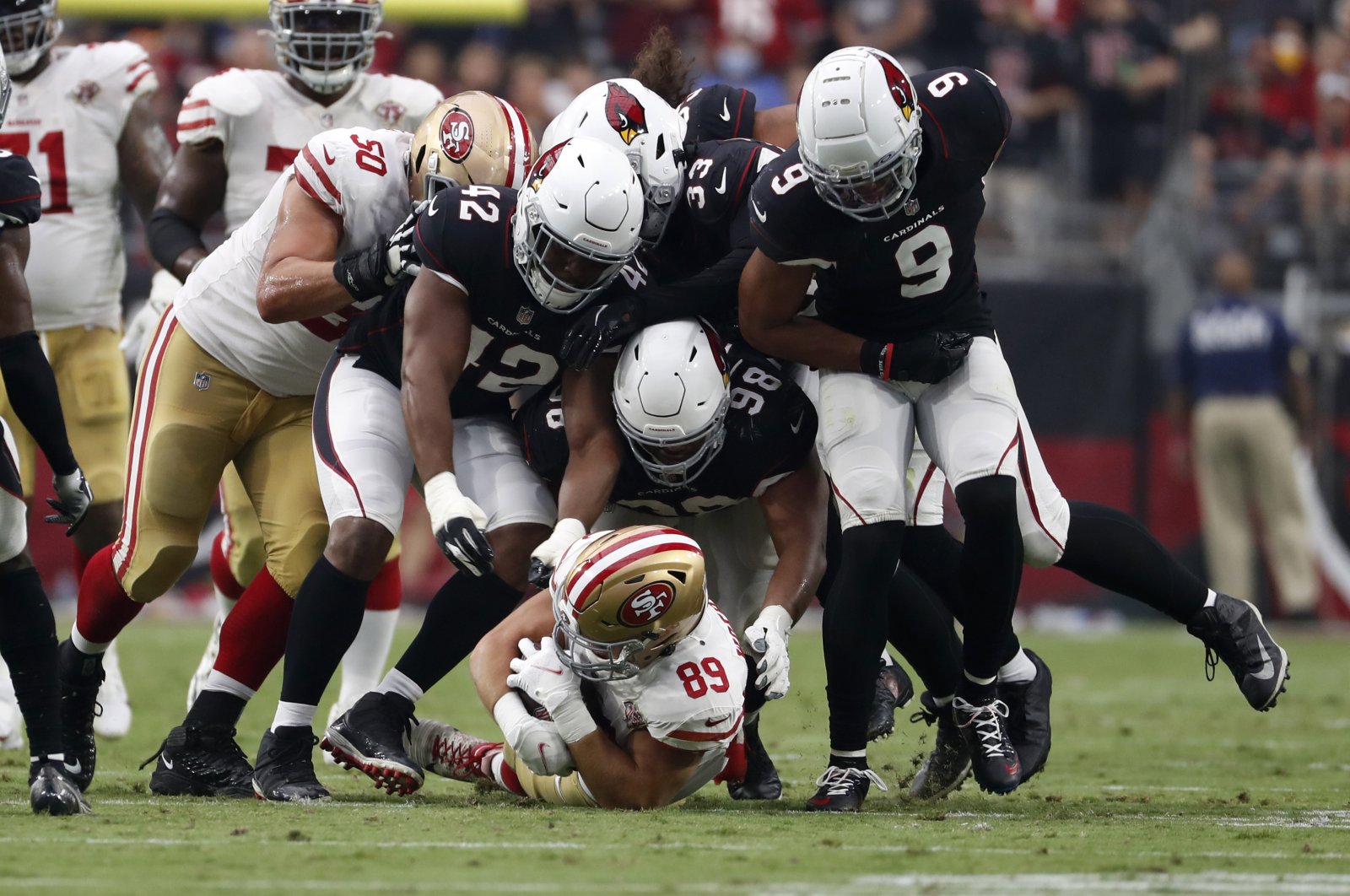 It was an uncharacteristically low-scoring affair for the Arizona Cardinals – who had scored 30 or more points in each of their previous games – but they managed to ride their defense to a 17-10 victory over the visiting San Francisco 49ers on Sunday afternoon.

Lance got the better of rival Kyler Murray in terms of total yards, but the Arizona star threw a 9-yard touchdown pass to DeAndre Hopkins with 5:13 remaining to allow the Cardinals (5-0) to retain their status as the league's only unbeaten team.

James Conner scored Arizona's only other touchdown on a 1-yard run just 5:58 into the game, after the Cardinals took advantage of Lance's biggest mistake, an overthrown ball on just his second attempt that went straight to safety Budda Baker.

But Murray hit Hopkins for 11 yards for a key first down and the Cardinals were able to run out the clock, wrapping up their first home win over the 49ers since 2018.

Murray got the better of the passing numbers, going 22-for-31 for 239 yards, but was hemmed in most of the day by the San Francisco defense and limited to one yard on seven runs.

The defensive play of the day was turned in early in the second quarter by Arizona linebacker Isaiah Simmons, who denied Lance inches from the goal line on a fourth-down play that was so violent, the Cardinal had to be taken to the locker room to check for a concussion. He was able to later return to the game.

Samuel had three catches for a team-high 58 yards to complement his TD run, while Elijah Mitchell rushed nine times for 43 yards for the 49ers, who outgained the Cardinals 338-304.

Hopkins finished with six catches for a game-high 87 yards for the Cardinals. Their leading rusher was wideout Rondale Moore, who scampered 38 yards on three carries.