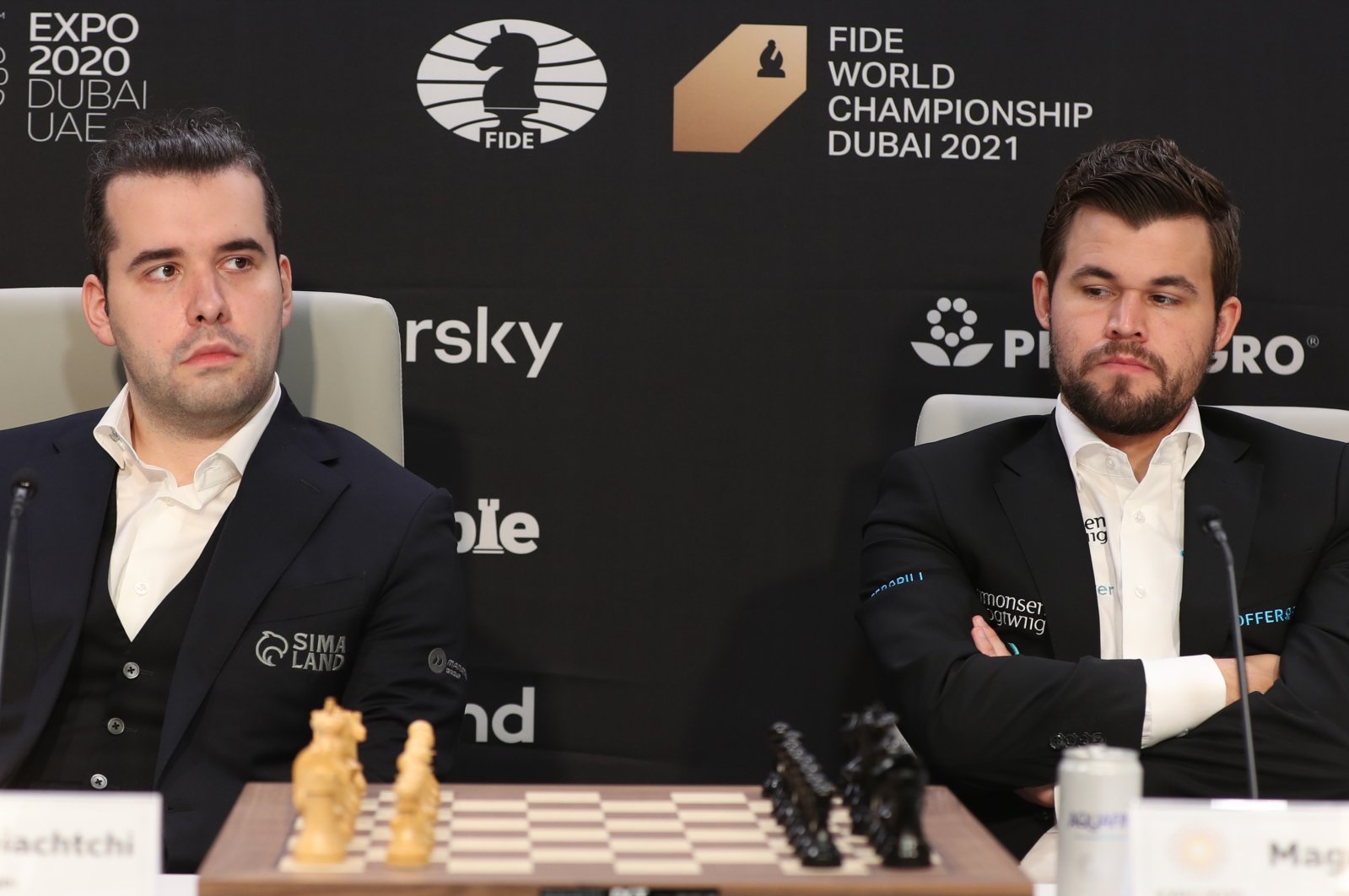 It's a tale reminiscent of "The Queen's Gambit" – when defending champion Carlsen meets Nepomniachtchi – a rivalry dating from when they were 12.

It was, Carlsen recalls, "one of my worst memories in chess" – at the under-12 world championships in Greece in 2002, the two prodigies were vying for the title, when he cracked.

In the last game, Carlsen lost to the Englishman David Howell, handing the title on a plate to Nepomniachtchi.

As Howell recalled in a documentary by the German chess platform Chess24, as soon as the game ended, a beaming Nepomniachtchi rushed to clasp Howell's hand, in front of a visibly crestfallen Carlsen.

Will that bitter memory derail what has been since then the relentless domination of Carlsen, now aged 30, for the last decade

The pair will face each other from Friday in the Gulf state in a 14-game, 19-day clash to determine who will walk away with the world crown.

The psychological aspect is perhaps the main weapon of Nepomniachtchi, the 31-year-old universally known as "Nepo" and the only top player to have a positive win ratio (4-1) against Carlsen in games played slowly, even though his successes date back several years.

"If everything is perfect, and both players are in fantastic form and play perfectly healthy, Magnus will win the match. But life doesn't work that way. You sleep bad for some reason, 'bam,' you lose two games," the American international master Cyrus Lakdawala told Agence France-Presse (AFP).

"If I were Nepo's coach, I would tell him to play soundly but if he has an opportunity, make (the game) go crazy," and knock Carlsen off his stride, said Lakdawala, who has written a book about the mercurial Russian called "Nepomniachtchi: Move by Move."

Most observers are not tipping Nepomniachtchi to become the first Russian world champion for 15 years.

While he ran Carlsen close during their teenage years, he only recently muscled back into the world's elite as an adult and has developed an image of an impulsive and inconsistent player whose form often tails off at the end of tournaments.

"He has a knack for making his opponents play badly because he plays his shots very quickly. Carlsen likes to use his opponents' thinking time for him as well."

Playing Nepomniachtchi "makes Carlsen angry. He has never played well against him," said Emmanuel Neiman, author of "The Magnus Method."

A fifth victory would strengthen his status as one of the best, if not the best player in history.

Besides the world title, Carlsen has topped the points classification for more than a decade and has an encyclopedic knowledge of his discipline.

He founded the Play Magnus brand, which includes an eponymous application and online chess platforms, and raised nearly 40 million euros ($49 million) when it was floated on the Oslo Stock Exchange in October 2020.

"If Carlsen wins in the opening games, the match could turn into a massacre. On the other hand, if the match remains tense, he could be caught up by the pressure," Neiman said.

Chess is riding the crest of a wave thanks to "The Queen's Gambit," the smash-hit Netflix series that made this most cerebral of pastimes cool for arguably the first time since the Cold War-infused battles between American Bobby Fischer and Russian Boris Spassky in the 1970s.