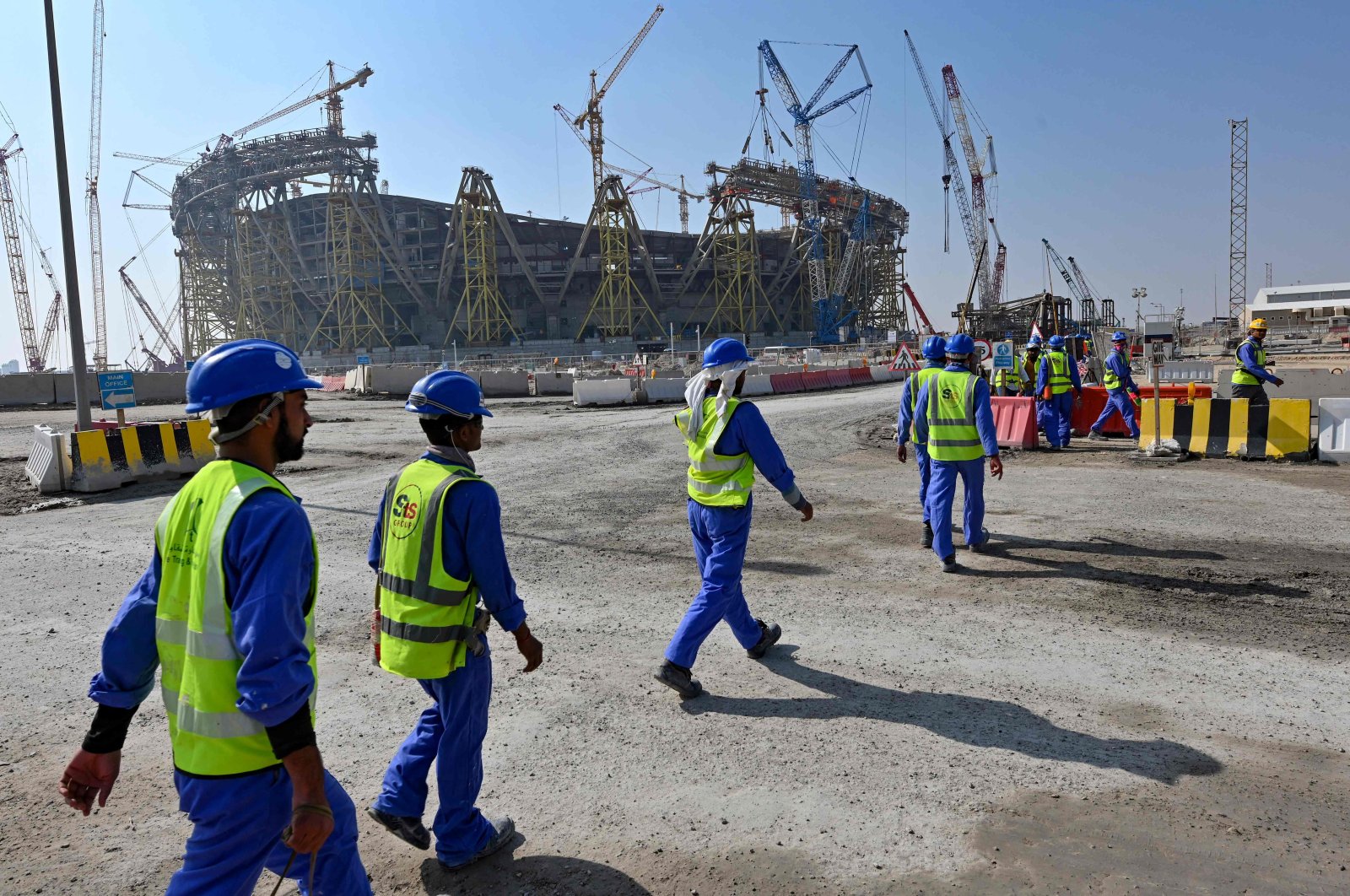 Qatar responded to human rights violations accusations over the inaugural World Cup it will host next year.

The Qatar World Cup has been "unfairly treated and scrutinized" for years, its chief executive said on Saturday, hitting back at criticism.

CEO Nasser Al Khater said Qatar has not been given enough credit for its labor reforms aimed at improving conditions for migrant workers, mostly from South Asia. Since 2014, three people have died in accidents at World Cup sites, while 39 have died in "non-work related" incidents deemed natural causes, a spokesperson said. "Qatar has been unfairly treated and scrutinized for a number of years," Khater told media just over a year before the tournament starts on Nov. 21, 2022. "There is criticism, yes, there is work that needs to be done. There is however a lot of progress."

Some European teams have highlighted the plight of Qatar's migrant workers during World Cup qualifiers, and F1 world champion Lewis Hamilton also raised the issue at this week's inaugural Qatar Grand Prix. But Al Khater said there had been "extraordinary" progress, including the introduction of a minimum wage and improvements to working conditions and accommodation. "The amount of achievements that have been done over the past seven, eight, nine years, it's quite extraordinary. Now unfortunately, people don't like to report on that," he said. "You take it into the context of the region also. I think Qatar is a trailblazer right now with all the reform that it's done."

Qatar, a tiny, resource-rich peninsula, will hold the first World Cup in the Middle East a year from now, in eight stadiums in and around the capital Doha.

Reflecting on early controversy over the country's successful bid for hosting rights in 2010, Al Khater "categorically" denied vote-buying allegations. "There have been many allegations made against Qatar. They have been investigated heavily... if anything, all of these investigations have shown that Qatar is vindicated," he said. Khater also insisted that members of the LGBTQ+ community were welcome in Qatar and that same-sex partners would be able to share hotel rooms, despite laws against homosexuality.

"Everybody is going to be welcome here, everybody's going to feel safe here. Everybody's going to enjoy the World Cup," he said. "There's really not any issue that anybody has to worry about in terms of persecution of any sort." He also damped down concerns over a lack of hotel rooms and over price-gouging, insisting: "There will be sufficient accommodation for all the fans coming to Qatar."

With one year to go, Qatar also unveiled the seventh of its eight World Cup arenas, complete with a new name – Stadium 974. The arena, formerly known as Ras Abu Aboud, is made out of 974 shipping containers – the same number as Qatar's international dialing code.

Qatar has issued a string of reforms to its employment regulations since being selected to host the World Cup, including introducing a $275 monthly minimum wage and simplifying the process for changing employers.

More than 2 million foreigners work in Qatar, many employed directly or indirectly on vast infrastructure projects for the World Cup.