Qatar seeks to beat the heat with science, slush at World Cup 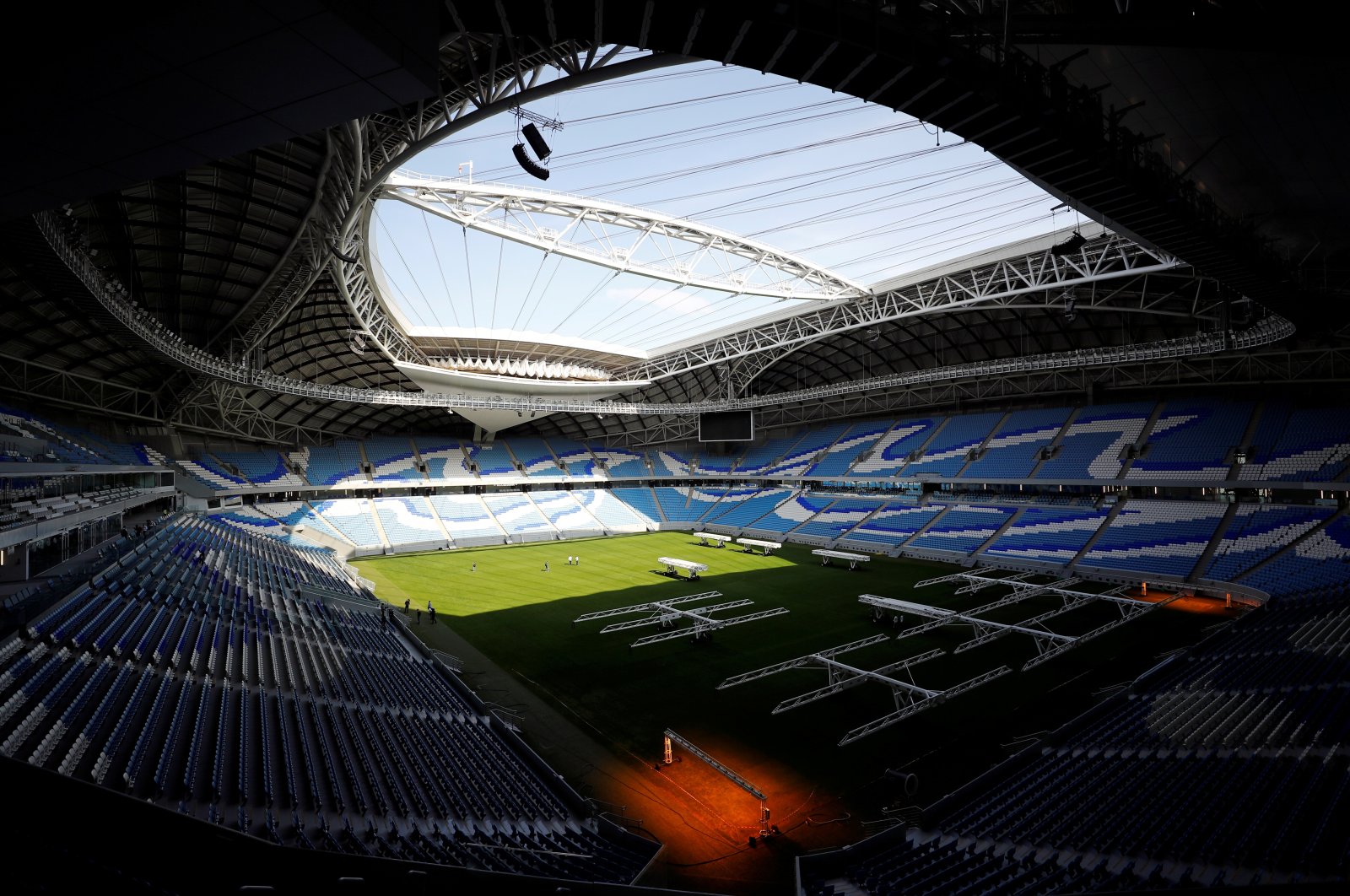 Qatar braces for its first World Cup host job but high temperatures may be daunting for teams, something the country wants to overcome by spraying slush in stadiums with the aid of sports science

You can beat world's heavyweights – but can you beat the temperatures?

Hard-running midfielders could lose up to three liters (0.79 gallons) of sweat during a World Cup match in Qatar, but the fast-moving world of sports science is on hand to help players maintain performance when in previous years they may have wilted.

Although the tournament has been moved to November/December next year, temperatures will still average in the high 20s Celsius (above 68 degrees Fahrenheit), and conditions will still be severely testing for many players, particularly those coming straight from cooler regions and with only a one-week acclimatization window.

A snatched slurp of water and a half-time orange are not going to cut it for elite athletes, where a momentary drop in performance, either physical or mental, could be the difference between a lifetime of glory or ignominy.

The deterioration in sharpness and concentration caused by dehydration is well-documented but only more recently have coaches and players accepted the benefits of individually customized products that replace the key electrolytes and minerals lost through prodigious sweating.

"In football, what you're doing before and after becomes increasingly important," Jack Wilson, sports and exercise scientist at the Porsche Human Performance center based at the Silverstone racetrack in the U.K., told Reuters.

"So we'll educate them to the need of preloading with fluids and electrolytes, particularly sodium. We'll test the athlete's sweat, taking detailed measurements, to understand what they're losing in their sweat and engineer a hydration plan for the before, during and after periods. Focusing on hydration after a match becomes really important."

Andy Blow, former elite triathlete and co-founder of Precision Hydration, a company specializing in sweat testing and nutrition, says that football as a sport has been a bit late to the party but that most leading teams are now buying in.

"I would say that in the last 10 years I've seen more teams starting to look at individualizing what they do," Blow told Reuters. "Football is definitely still, in part, a traditional sport, and there are people in the game who don't want to adopt the new technologies and the new ways, but there's an increase in a breed of managers, players and coaches who are very focused on the science and human performance.

"They are the ones who are going looking under every single rock to find something, and obviously, with the World Cup and the potential for it to be quite hot, that's focused a lot of that attention on heat, the effects of heat and then ways to mitigate it. So in addition to hydration and acclimatization, I know the teams and players are looking into things like cooling jackets and pre-match ice drinks to help manage temperature. Some teams even have their own Slush Puppie machines.

"When you take an ice drink before exercise in the heat, it can actually lower your body temperature because that bolus of ice needs to be turned into water, and the phase change of ice into water consumes a lot of heat energy."

The other major development on show in Qatar will be the stadium cooling technology – which basically blows cold air across the pitch – via different systems in different stadiums.

"Irrespective of the temperature and wind outside, even if there's a dust storm, inside will be maintained at 22-23 degrees Celsius and with the best air quality in whole of Doha," Saud Abdulghani, a professor of mechanical engineering at Qatar University, told Reuters this week. "Cool air is pushed to spectators, re-cooled and filtered and blown across the pitch and it's good air for temperature and humidity."

As with all science, those at the cutting edge are always looking to learn more. "What's always evolving and adapting is what we can do for players to help them cope with it as best as possible – ways of acclimating to the heat and ways of monitoring athletes' stress by different technologies," Wilson said.

"So that's the space in which there's the big room for development that we're seeing even now, and we're trialing a wearable core temperature measurer, which is different to traditional means of measuring core temperature that might have implications for athlete monitoring and an athlete's preparation."