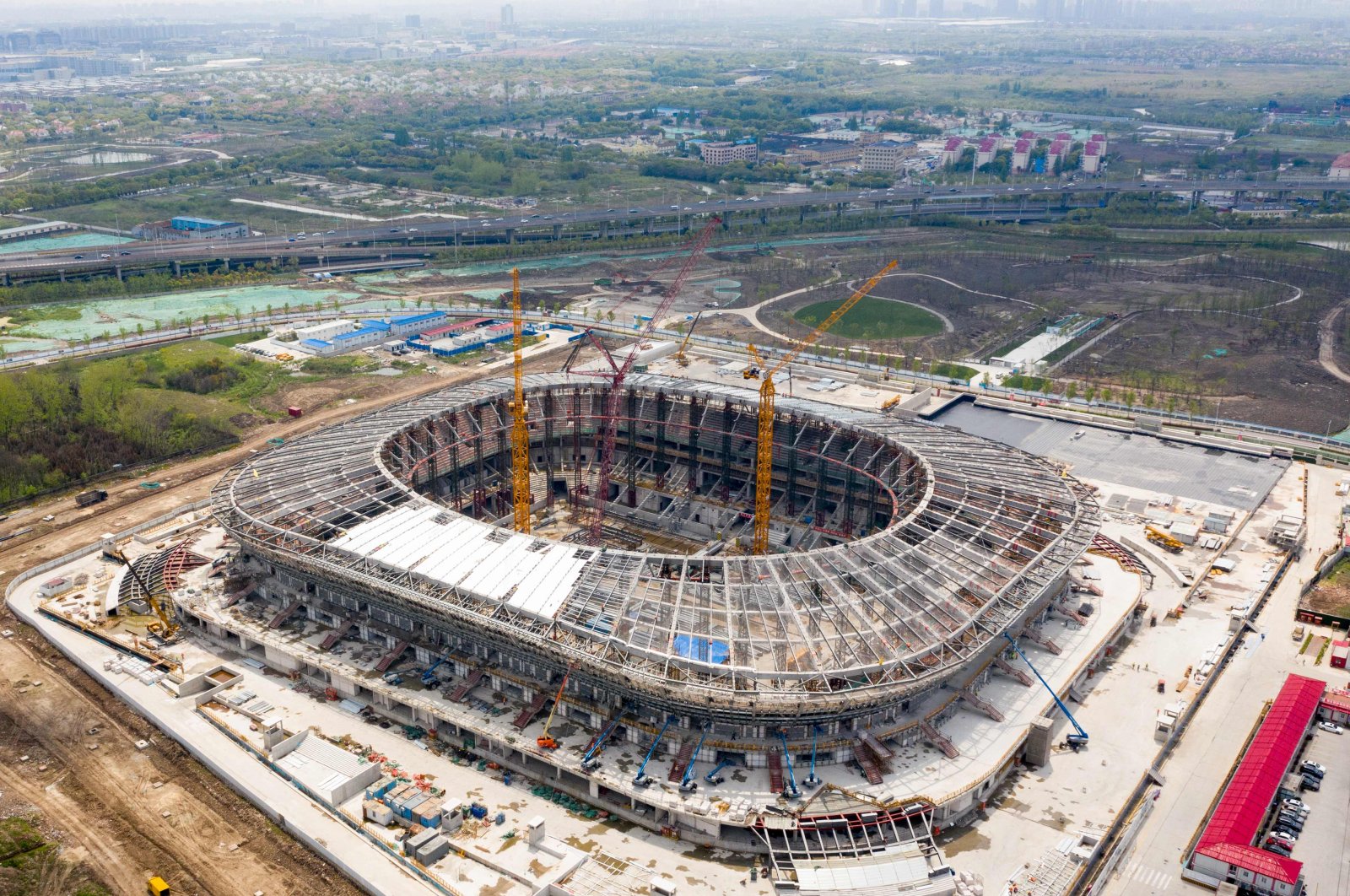 China is in the throes of a multibillion-dollar splurge on new football stadiums, ramping up ambitions to become a superpower in the sport and host a World Cup as early as 2030

A building spree is taking place in China despite the coronavirus pandemic, which has brought much of the world to a standstill, ravaging economies and putting live sports on hold.

With the outbreak receding in the country, where it emerged in December, Chinese Super League (CSL) champions Guangzhou Evergrande last week began construction on their 12 billion yuan ($1.7 billion) new home.

With a capacity of 100,000, the lotus flower-shaped stadium will for a time trump Barcelona's Camp Nou – which is set for expansion – as the world's biggest football arena, once it is completed by the end of 2022.

The country will have at least 12 major new football stadiums two years from now, said the state-run Southern Metropolis Daily, calling it "a new era for Chinese football."

Most will be used for the newly expanded 2021 Club World Cup and the 2023 AFC Asian Cup, but President Xi Jinping has his eyes on the biggest prize of all. "I think China's desire to apply for the World Cup is very clear," said Ji Yuyang, a journalist for the Oriental Sports Daily. Ji said it was a matter of when, not if, China bids.

FIFA president Gianni Infantino said in June that he would welcome a Chinese bid to stage the 2030 World Cup, the next one up for grabs. Guangzhou Evergrande's new stadium made headlines because of its vast scale and bold design. But it jarred because most sports in the world are shut down and economies, including China's – the second largest – are reeling from coronavirus. Moreover, Guangzhou is not holding Asian Cup games and the stadium will not be ready for the Club World Cup, even though the tournament is poised to be put back from the summer of 2021 because of the pandemic.

Critics also queried why a club that averages about 50,000 for home matches needs such a big arena. "I think Evergrande may have two considerations. First, a 100,000-seat stadium might come in handy if China hosts a World Cup final or opening ceremony," said Ji. "Another point is that Evergrande will be able to make a statement by saying that they have the largest professional football stadium in the world, with the largest number of spectators."

Most stadiums currently used by Chinese football teams were built for multiple sports. They are falling into disrepair and facilities for fans are poor.

Replacing them with gleaming, football-specific arenas fits with Xi's master plan to transform the sport in the country on and off the pitch.

In Shanghai, which has ambitions of holding the Olympics, a 33,000-seat stadium for CSL side Shanghai SIPG is scheduled to be finished next year. Shanghai Stadium, the biggest arena in the city and SIPG's former home, is also undergoing major renovation. Ji said that while the Evergrande Group was likely paying for Guangzhou's new stadium, in some other instances it was a combination of the club and local government.

Professor Simon Chadwick said that aside from China's World Cup aspirations, the rush on new stadiums sends a message that "China is developing and becoming healthier and stronger."

"There's something about the iconography and symbolism of the stadiums, particularly the Guangzhou development," said Chadwick, director of the Centre for the Eurasian Sport Industry at Emlyon Business School.

"This is a huge stadium, incredibly striking design; pictures of it have been carried across the world and people are commenting on it across the world. It's almost the soft power of stadiums. China is trying to use these hugely distinctive stadium designs as a way of attracting people and attention, of getting people to understand that China wants the same things that other countries want," he said.