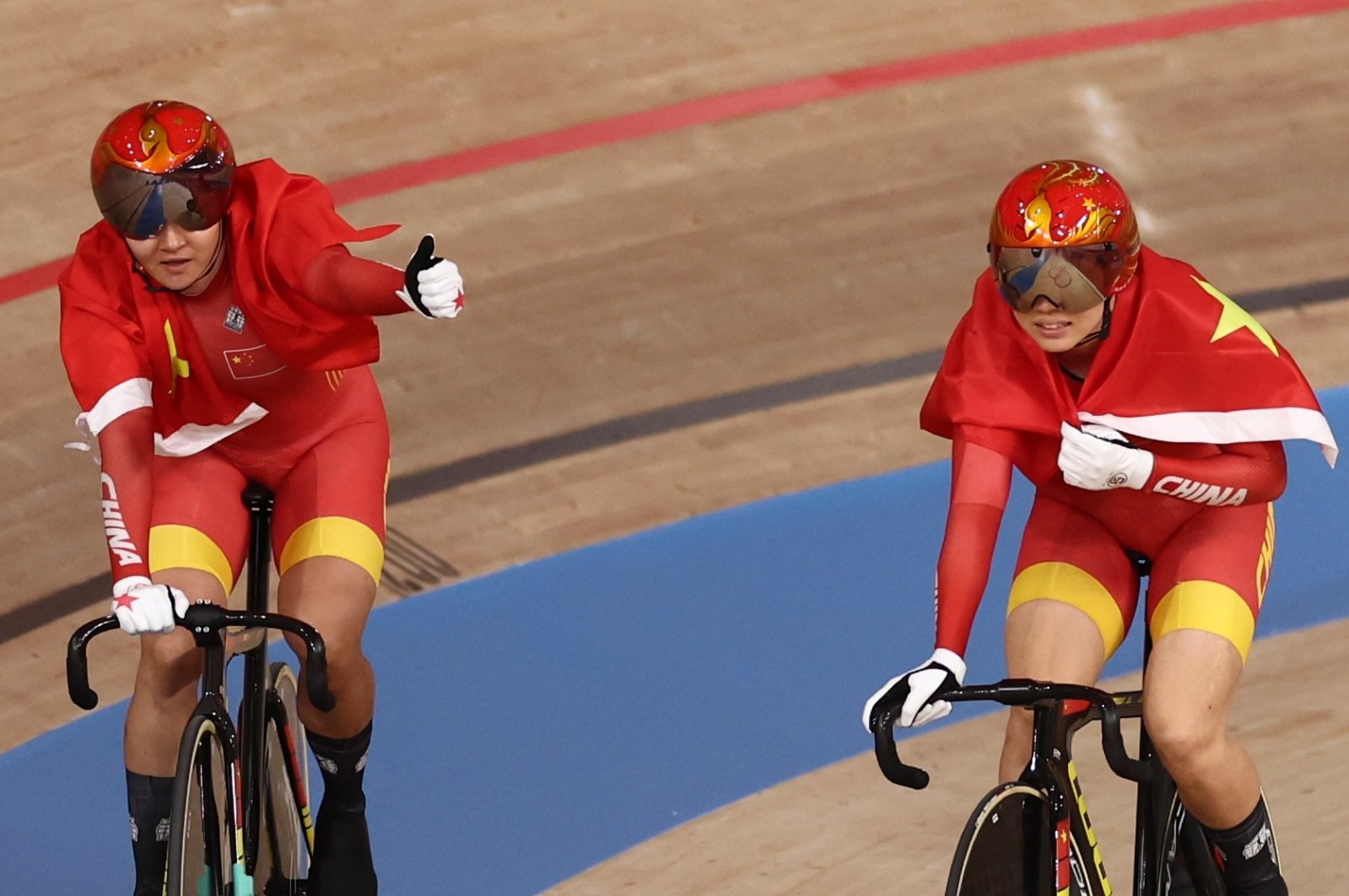 China women's team set a new world record in sprint to bring the country its first-ever track cycling gold at the Tokyo Olympics, as Germany took silver on a dramatic first day at the Izu Velodrome.

Australia's Alexander Porter also suffered a nasty crash during qualifying for the men's team pursuit after his handlebars snapped off, while Germany smashed a world record in the women's event to advance as favorites for gold Tuesday.

It meant some consolation for the German team, who were edged out in the women's team sprint final by Chinese pair Bao Shanju and Zhong Tianshi.

Bao and Zhong had earlier broken China's own world record with a time of 31.804 seconds in the heats and they were too quick in the final, their 31.895 seconds just ahead of Germany's 31.980 seconds. The Russian Olympic Committee beat the Netherlands to take bronze.

"The time is amazing," said Zhong. "Going into the final we thought 'Don't think too much, just do it. Don't think about the result."

China retains its Olympic crown after winning gold in Rio and bronze in London.

Germany's Emma Hinze and Lea Sophie Friedrich pushed them close but fell short of the gold medal they won at the world championships last year.

"I feel very disappointed," said Hinze. "We wanted to win the gold but I am also super proud with the silver and that we won another medal. That's pretty awesome."

Hinze will be a contender for more medals in the women's individual sprint and keirin later in the week while Germany will be favorites in the women's team pursuit on Tuesday, after a superb opening showing.

Their quartet of Franziska Brausse, Lisa Brennauer, Lisa Klein and Mieke Kroeger smashed the world record, with their time of 4min 07.307sec almost three seconds faster than the previous mark set by Great Britain in 2016.

Britain, led by Laura Kenny, also beat their Rio record with a time of 4:09.022 but Germany is the frontrunner, for which its reward is a duel on Tuesday against Italy, who was fourth fastest with 4:11.666.

"We actually did think about getting that world-record time," said Kroeger. "We knew what we could do, we knew our times and we just did it."

Britain will face the United States (4:10.138), in third, with the two winners facing off for the gold medal.

"We're really, really happy," said Britain's Elinor Barker. "It's unfortunate that Germany was so much faster than the world record but I think we can be happy with that.

"They were about 1.6 seconds ahead of us and that feels very much in the realms of what is possible."

Australia placed seventh in the women's team pursuit and then fifth in the men's event, struggling to recover after Porter's handlebars gave way.

Porter was unexpectedly thrown out of the back of the quartet and skidded across the floor, leaving him with a bashed right arm and bruises on his face.

Australia and Porter were granted a restart but posted a disappointing time of 3:48.448.

Britain, New Zealand, Italy and Denmark will fight for gold, with world champions Denmark going through fastest, their 3:45.014 enough for a new Olympic record.