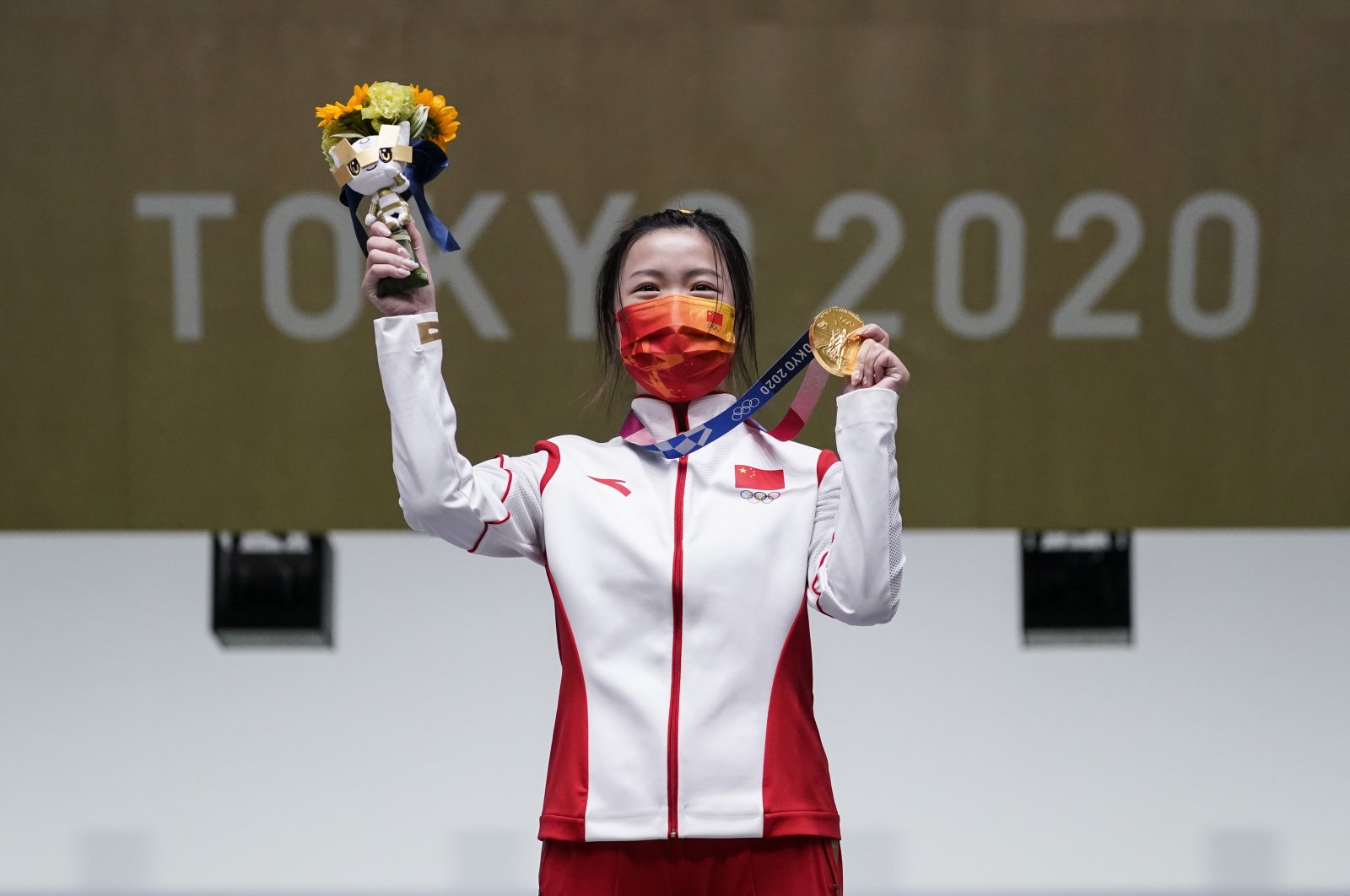 “It’s unbelievable that I can be here," Yang said through an interpreter. "I was really nervous. The competition was really tight, but I’m so happy that I could win.”

Galashina was the final of eight qualifiers in the Tokyo Games' opening medal event and surged to the lead in the finals with a series of shots of 10.5 or better. She hit a 10.8 in her penultimate shot – one of the highest attainable scores – to lead Galashina by 0.2 points.

Galashina and Yang fired almost simultaneously on the last shot, and the limited crowd at Asaka Shooting Range let out gasps as the scores posted a split second later.

Yang, who qualified sixth, had been consistent throughout the finals, repeatedly hitting near the center of the 10th circle. The 21-year-old missed the innermost circle on her final shot, a 9.8 that surely would cost her gold.

Disappointed with her final shot, Yang looked up to see Galashina missed her chance and the two center rings. The Russian's 8.9 meant IOC President Thomas Bach would present Yang the gold medal on a tray – per pandemic protocols – instead of Galashina.

“I got too nervous, held on too long," said Galashina, who finished with 251.1 points. "My thoughts were not in the right place. I lost concentration. The explanation is very simple.”

American Ginny Thrasher won the inaugural gold at the Rio de Janeiro Olympics in 10-meter air rifle (208.0). Still, she and the two other medalists – China's Du Li and Yi Siling – did not qualify for Tokyo.

India's Elavenil Valarivan and Anjum Moudgil, ranked Nos. 1 and 3 globally, were among the favorites heading into the pandemic-delayed 2020 Olympics, but neither made it out of qualifying.

American Mary Tucker, ranked second in the world, appeared to be in a good position after qualifying third. The 20-year-old from Charlotte, North Carolina, started the finals well before being derailed by two sub-10s in each of her first five series. She regrouped with a perfect 10.9 and survived the first two eliminations before finishing sixth.

Christen was assured of a medal in her second Olympics when Norway's Jeanette Duestad was eliminated. The Swiss shooter was 0.1 behind Yang before the penultimate set of shots – elimination rounds are two each – but a first-shot 10.0 cost her any chance of moving past bronze.

“I didn’t expect it to be a medal on the first day in the first discipline,” said Christen, who also qualified in 50-meter three-position rifle. “It’s not my main discipline, but I’m so, so happy.”

That left it to Yang and Galashina.

Yang was off the mark yet caught enough of the 9-ring to win gold.