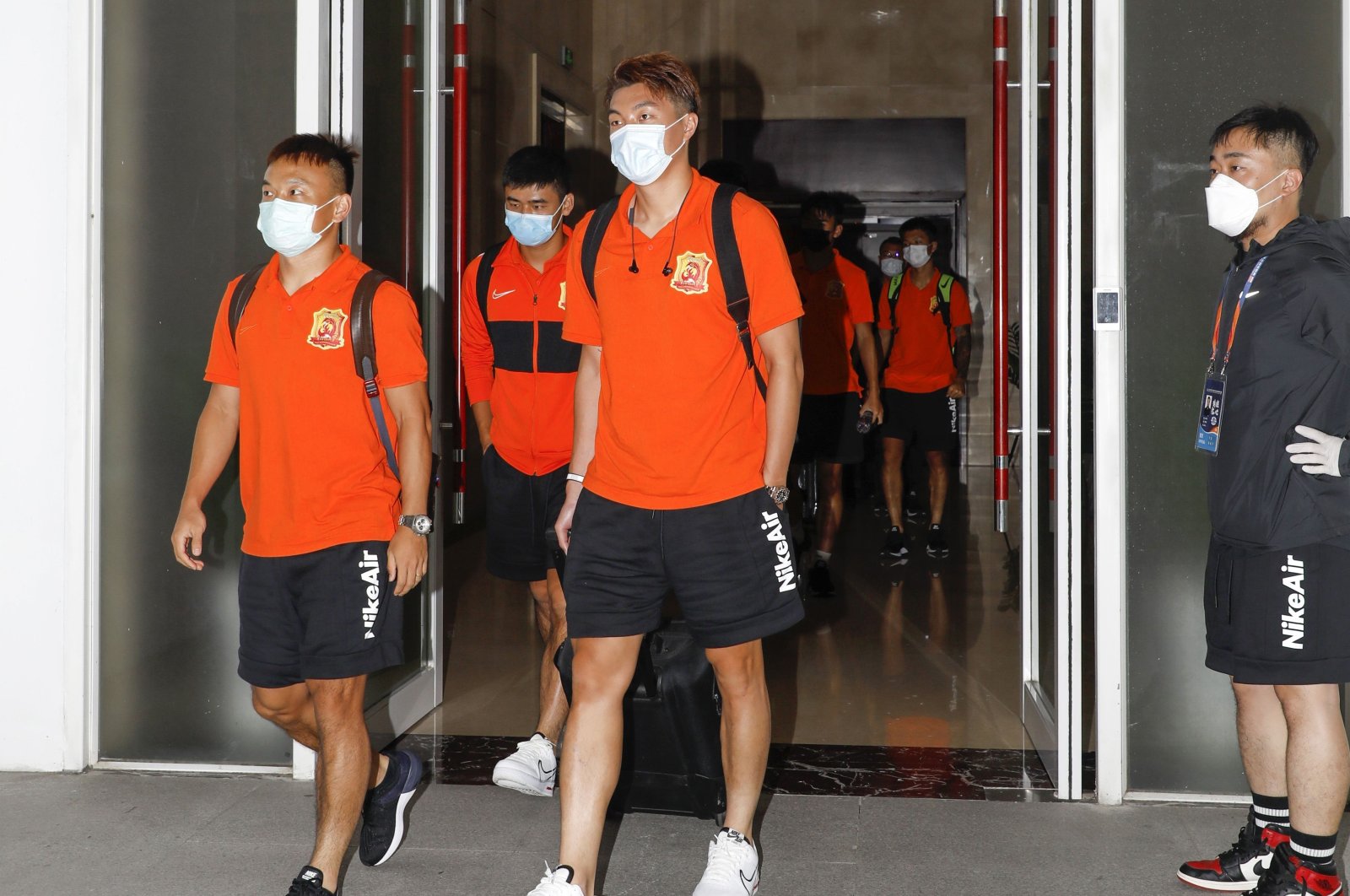 Chinese Super League teams Monday began filtering out of sealed-off hotels where they have been confined for the past 10 weeks as part of strict measures to thwart the coronavirus.

Players, coaches and backroom staff have not seen their families since mid-July and were only allowed to leave the hotels to play matches and train.

During the virus-hit season, eight of the 16 teams were at a single hotel in Suzhou, near Shanghai. The other eight were at a hotel in the northeastern city of Dalian. Players will now return to their families at last, before the second stage of the CSL campaign begins on Oct. 16, again in Suzhou and Dalian.

There were no reported infections during the first phase, after which Fabio Cannavaro's reigning champions Guangzhou Evergrande were top in Dalian and Shanghai SIPG led in Suzhou.

"When you're here before the season starts (and you know that) you have 10 weeks in a hotel here in Dalian, your first thought is: it's going to be very hard, it's hard for everyone," Giovanni van Bronckhorst, the former Barcelona star now in charge of Guangzhou R&F, said. "But now after 10 weeks, the time went really fast, even though we are all in the hotel no matter who – players, coaches, CFA (Chinese Football Association) staff, media."

Moises Lima, of Shandong Luneng, Sunday posted a picture on Twitter of his fellow Brazilians in Dalian, including Evergrande's international midfielder Paulinho.

"We talk about serious things, we share jokes, we know more about each other's stories, we learn from each other, we laugh a lot, we created new friendships," the 32-year-old Moises wrote.

"They gave me the strength to make the time go faster and take away some of the anxiety about being so far from our families. We face each other on the pitch, each one defending their club in the best way, and regardless of the result, we continue respecting each other."

"Without a doubt, five, 10, 20 years from now we will remember some stories from this period."