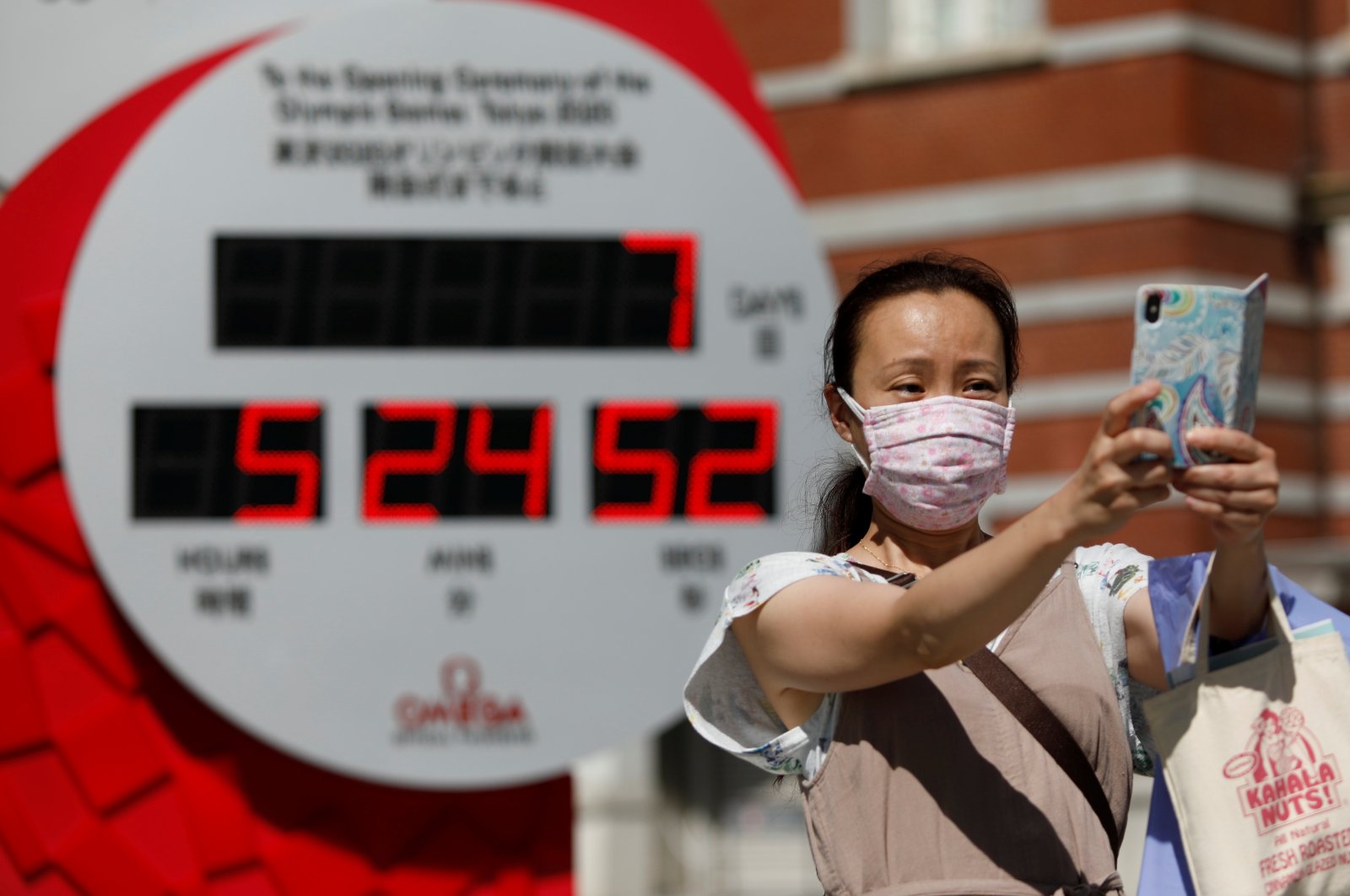 There was little fanfare as Tokyo, which is battling a surge in coronavirus cases, entered its final Olympic countdown Friday, with just one week until the opening ceremony.

Organizers have been forced to bar spectators from all events in the city and most venues hosting competitions elsewhere in the country. And Olympic participants, from athletes to media, face a range of anti-virus measures including regular testing and limits on their movement. But with Tokyo recording its highest case numbers since a winter wave in January, scrutiny of virus risks around the Games is intense.

On Thursday, International Olympic Committee chief Thomas Bach insisted anti-virus rules were "in place, and they are working, and they are enforced.

"Among thousands of Games-related arrivals to the country in July, only a handful of positive cases have been recorded. Over the past two days, organizers have reported 10 positive tests among Games participants in Japan, including one athlete.

Other cases have been found among teams arriving for training camps, with local media reporting Friday that a member of Nigeria's delegation had been hospitalized after testing positive at the airport.

Tokyo is currently under a virus state of emergency that will run throughout the Games, but the measures are much looser than a lockdown and mostly limit alcohol sales and restaurant opening hours.

Japan has seen a smaller outbreak than many countries, with fewer than 15,000 deaths despite avoiding harsh lockdowns, but only around 20% of the population is fully vaccinated so far.

Dozens of teams are already in Japan – some at training camps dotted around the country, and others in the Olympic Village, where national flags have been hung on the buildings housing delegations.

British weightlifter Sarah Davies was among the athletes posting on social media about life at the pandemic Olympics.

"We have what we call the prison yard," she said in a video posted on her Instagram account as she walked on a stretch of pavement.

"So we can literally walk up and down this stretch between the hours of 7 a.m. and 10 a.m., and that is the only time we're allowed outside," she said.

"Genuinely, feels like we're in prison. But, hey, it is what it is ... Welcome to Olympic Games, COVID edition."

Other teams in town, including American swimmers and star gymnast Simone Biles, also posted images from their training sites.

Bach visited Hiroshima on Friday to mark the start of an "Olympic truce" that aims for a halt to all hostilities so athletes and spectators can attend the Games safely.

But the visit sparked some controversy, with over 70,000 people signing a petition opposing his trip and accusing Bach of using Hiroshima and Nagasaki "to promote the Olympics ... even though it is being forced through despite opposition."

The German former fencer laid a wreath at a memorial to victims of the atomic bombing in Hiroshima and appeared shaken after visiting a museum documenting the attack and its aftermath.

Describing himself as "humbled" by the trip, Bach said the Games would "be a beacon of hope for a better and more peaceful future."

Bach has been meeting local officials in recent days and Japanese media said Friday he had asked the prime minister to consider allowing spectators into Olympic venues if the virus situation improves.

Up to 5,000 spectators are currently allowed at non-Olympic sporting events in Tokyo, despite the emergency.

But officials argue the Games is different because it involves multiple events happening simultaneously, posing a greater risk of crowds gathering and infection spreading.

Local media reported this week that fewer than 1,000 people – mostly dignitaries and officials – would be allowed to watch the opening ceremony on July 23.