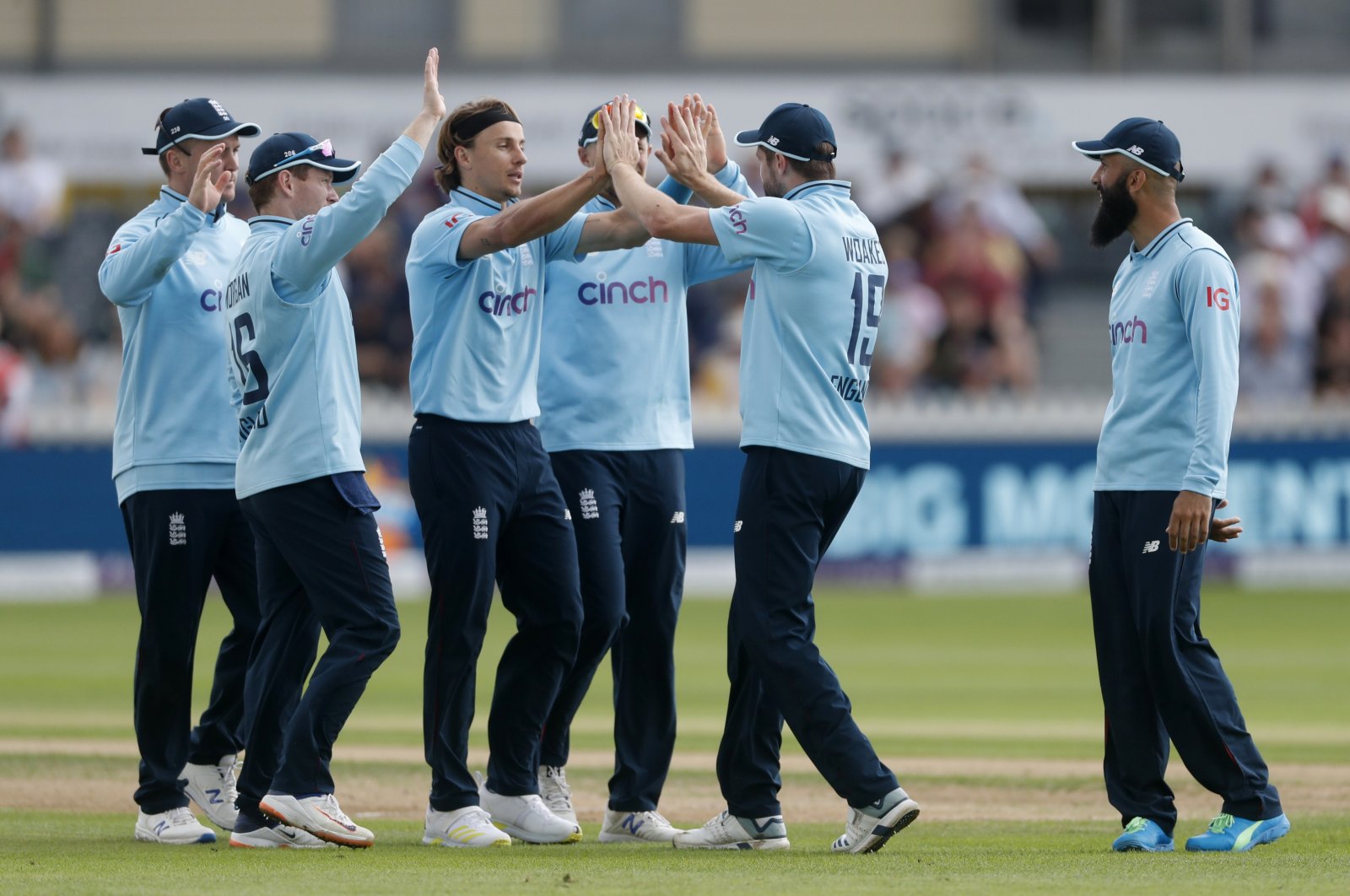 The England and Wales Cricket Board said three players and four support staff, all unnamed, had tested positive for COVID-19, with the rest of the group who completed an ODI series win over Sri Lanka on Sunday forced to self-isolate.

But the three-match series against Pakistan, starting in Cardiff on Thursday, will go ahead with Ben Stokes taking over the England captaincy from Eoin Morgan.

ECB chief executive Tom Harrison said England – world champions in the 50-over format – had moved quickly to bring in a new team, with Stokes due to make his first international appearance since March.

"We have been mindful that the emergence of the delta variant, along with our move away from the stringent enforcement of bio-secure environments, could increase the chances of an outbreak," he said.

"We made a strategic choice to try to adapt protocols, to support the overall well-being of our players and management staff who have spent much of the last 14 months living in very restricted conditions."

England completed a 2-0 ODI series win over Sri Lanka when the third and final match of the series in Bristol on Sunday ended in a no-result washout.

But they have been forced to name an entirely new 18-man squad for the Pakistan matches, with the ongoing round of County Championship matches now beset by withdrawals.

Test batsmen Zak Crawley and Dan Lawrence will now have a chance to make their 50-over debuts for England, and they are joined in the squad by several white-ball newcomers including Durham's Brydon Carse and Middlesex pair Tom Helm and John Simpson.

"It's a great opportunity to play on the biggest stage, and for most of the players selected it's not necessarily something they would have been expecting 24 hours ago," said Ashley Giles, the ECB's managing director of men's cricket.

"We're in unprecedented territory, in terms of replacing an entire squad and management team, and I'm very proud of how everyone has come together in order to get it done – both those within the ECB and from the county game."

The former England spinner also thanked the Pakistan Cricket Board (PCB) for "their support and understanding."

The PCB, informed of the outbreak late Monday, said in a statement they were "satisfied by the assurances and guarantees provided by the ECB on behalf of its medical panel."

Britain is experiencing a surge in the highly contagious delta variant of the coronavirus but mass vaccinations have stopped that translating into a surge in hospital admissions or deaths.

Three Sri Lanka players were sent home before their recent white-ball matches in England for COVID-security breaches and the PCB stressed it had advised team management to exercise "extra caution" while in hotels or at match venues.

After Thursday's fixture in Cardiff, the ODI series continues at Lord's on Saturday before finishing at Edgbaston in Birmingham on July 13.

England and Pakistan are due to play three Twenty20 internationals following the ODI series.