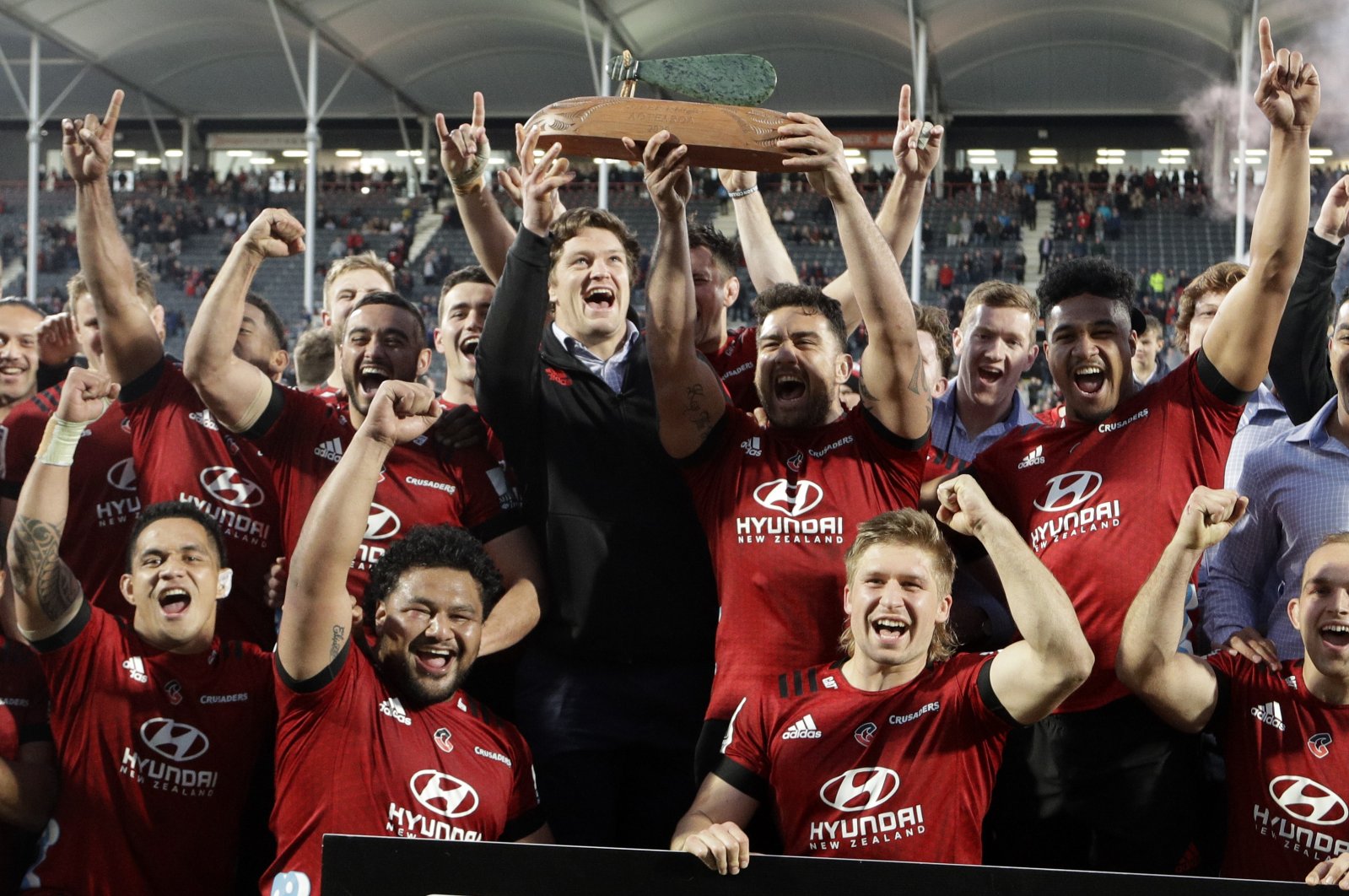 The Christchurch-based Crusaders rallied from 22-13 down to beat the Dunedin-based Highlanders 32-22 on Sunday, clinching the inaugural and probably unique Super Rugby Aotearoa title with one round remaining.

The Crusaders won the full, five-nation Super Rugby tournament in each of the last three years but were denied a fourth-straight title – their 11th overall – when the coronavirus pandemic brought the competition to an end in March.

Super Rugby Aotearoa, which involved New Zealand’s five teams meeting home and away in a tight, 10-week format, was created to replace the abandoned tournament and has been played in front of large crowds, including the capacity 20,000 that watched the Crusaders clinch the title at home on Sunday.

The Crusaders came into Sunday’s match two points ahead of the Auckland-based Blues and three points clear of the Wellington-based Hurricanes, who took a bonus point from a 31-18 win over the Chiefs on Saturday. In winning Sunday, the Crusaders sealed the title by moving six points clear of the Blues who they meet in next weekend’s final round.

The championship trophy, a mounted "pounamu" or greenstone "mere" – a traditional weapon and status symbol among New Zealand’s indigenous Maori – represents "the coming together of the Blues, Chiefs, Hurricanes, Crusaders and Highlanders in the wake of the disruption and turmoil caused by the Covid-19 pandemic."

For a long time on Sunday, the Highlanders looked like denying the Crusaders the title at least for another week. They started with pace and intensity, throwing the home team off their game and scoring the first try of the match through Shannon Frizell after only two minutes.

They kept up that assertive style of play into the second half, refusing to allow the Crusaders to settle, forcing turnovers and staging counter-attacks which stressed the defense.

The match finally turned in the middle of the second spell when fullback Will Jordan and winger George Bridge combined for two tries in two minutes to give the Crusaders a 25-22 lead, their first of the match.

In the 61st minute, Jordan capitalized when the Highlanders lost the ball while trying to run out of defense. He passed to Bridge who scored and cut the lead to 22-20.

Two minutes later, lock Luke Romano off-loaded to flyhalf Richie Mo’unga as the Crusaders’ launched a brilliant counterattack. Jordan and Bridge again combined for the try that put the Crusaders ahead for the first time.

They sealed the match with a try to center Braydon Ennor in the 73rd minute. The Crusaders won a quick ball from a 5-meter lineout and flyhalf Richie Mo'unga found Ennor with a well-timed pass.