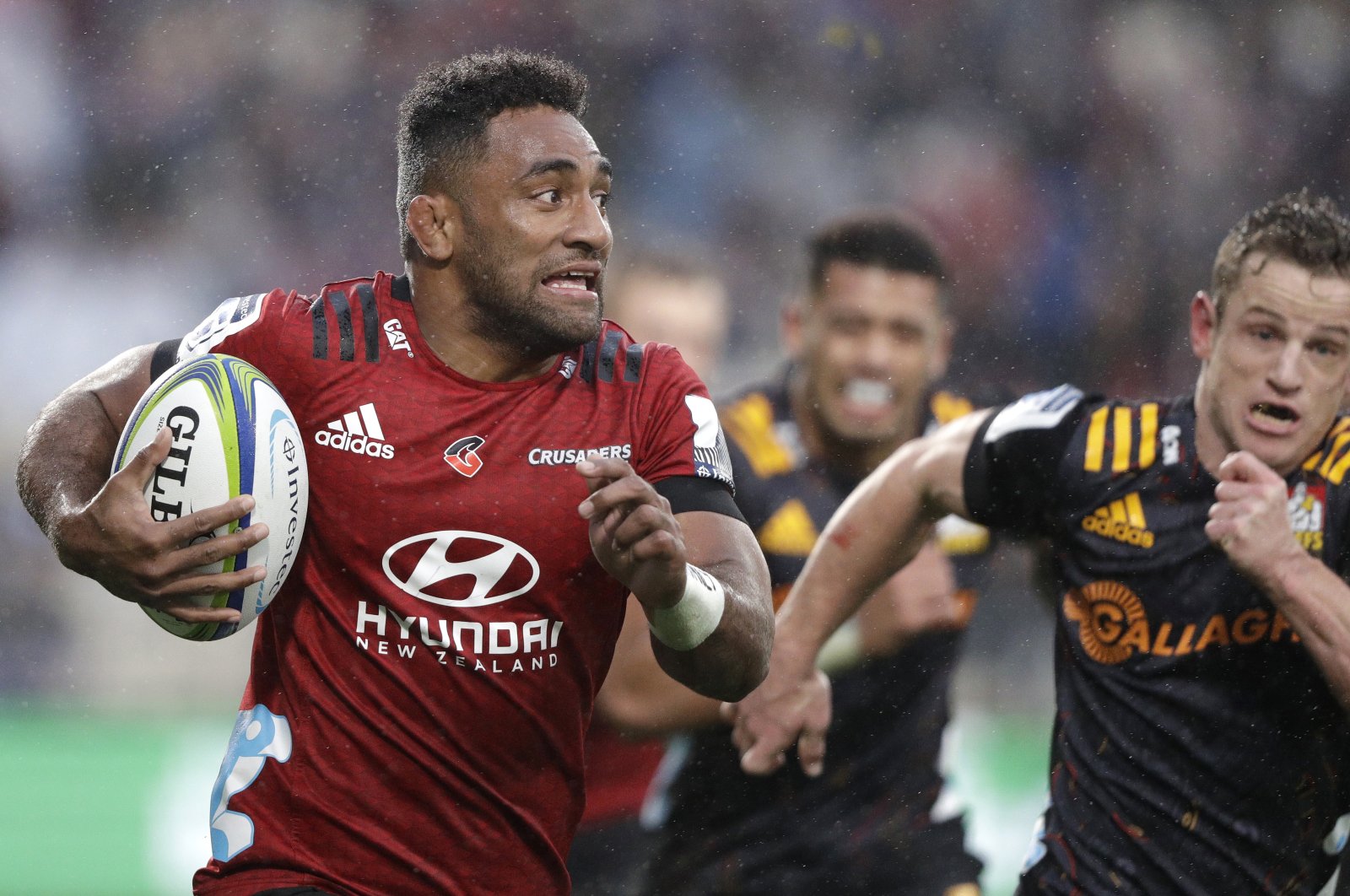 Auckland Blues and Canterbury Crusaders remain the only unbeaten teams in New Zealand's Super Rugby competition, after the Crusaders won their grudge match against the Waikato Chiefs 18-13 in Christchurch on Sunday.

In wet, greasy conditions, Will Jordan scored twice for the Crusaders to give them two wins from two matches and extended their unbeaten home record to 35.

The Blues, who have played an extra game, notched their third win Saturday when they held off a hard-finishing Otago Highlanders 27-24.

The Chiefs have now lost three from three, the Wellington Hurricanes have lost two from two and the Otago Highlanders have a win and a loss.

It was a battle of attrition in Christchurch with the tone set midweek when Crusaders prop Joe Moody talked of a "deep-seated hatred" of the Chiefs, which gave visiting coach Warran Gatland all the ammunition he needed for his pre-match pep talk.

With the constant rain forcing handling errors and dictating a bruising forward clash with lots of kicking by the backs, the result came down to the Crusaders capitalizing on the two opportunities that went their way.

"We knew it was going to be a confrontational game, and we had to make sure the breakdown was really clean," Crusaders captain Codie Taylor said

"A young fella like Will Jordan who's on his toes and just wants to get involved, and it's awesome to see the boys backing their skills especially in conditions like this," he added.

Chiefs captain Sam Cane called it a "classic arm wrestle" which came down to the Crusaders making the most of key moments.

"There wasn't much between the two sides and credit to the Crusaders, a couple of opportunistic tries, and a couple of moments can really swing a game," Cane said.