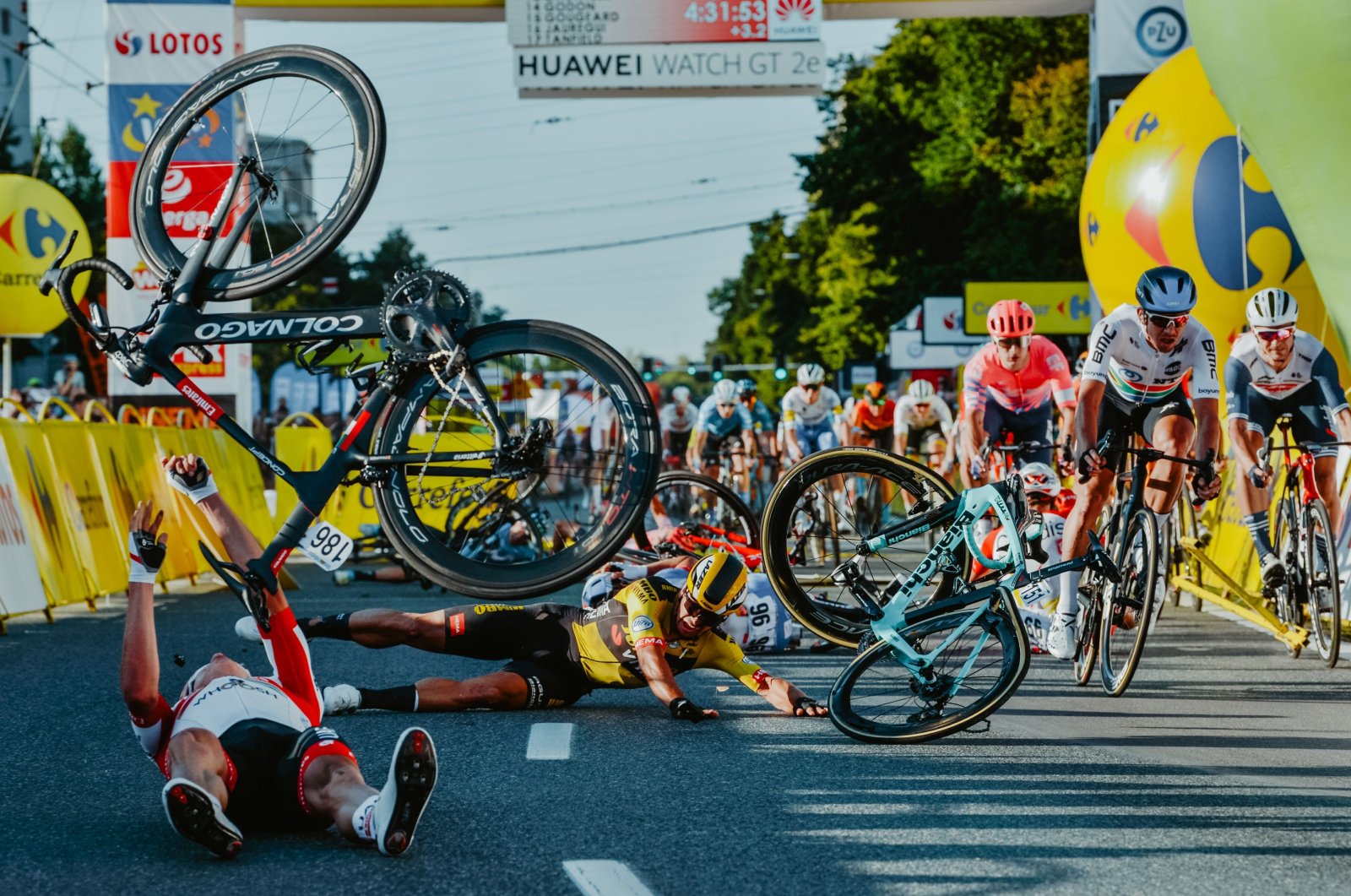 Dutch cyclist Fabio Jakobsen, who was put in a medically-induced coma after crashing at the finish line in the Tour of Poland's first stage Wednesday, is awake and in good condition, tour organizers said Friday.

Jakobsen, who rides for the Deceuninck-Quick Step team, was trying to jostle into position with competitor Dylan Groenewegen in the final meters of the race, but the pair collided and Jakobsen crashed into the barriers, hitting a race official.

He was taken to hospital and underwent facial surgery.

"We have good news from the hospital in Sosnowiec! @FabioJakobsen is awake now from the coma. Condition is 'good,'" tour organizers said on Twitter.

The sport's governing body, the UCI, had issued a statement strongly condemning the "dangerous behavior" of Groenewegen, accusing him of causing the crash and disqualifying him from the race.

On Friday, Groenewegen apologized for the crash.

The race was meant to be held in July but was postponed due to the COVID-19 pandemic. It was reduced to five stages from the original seven to leave room on the calendar for other rescheduled races.