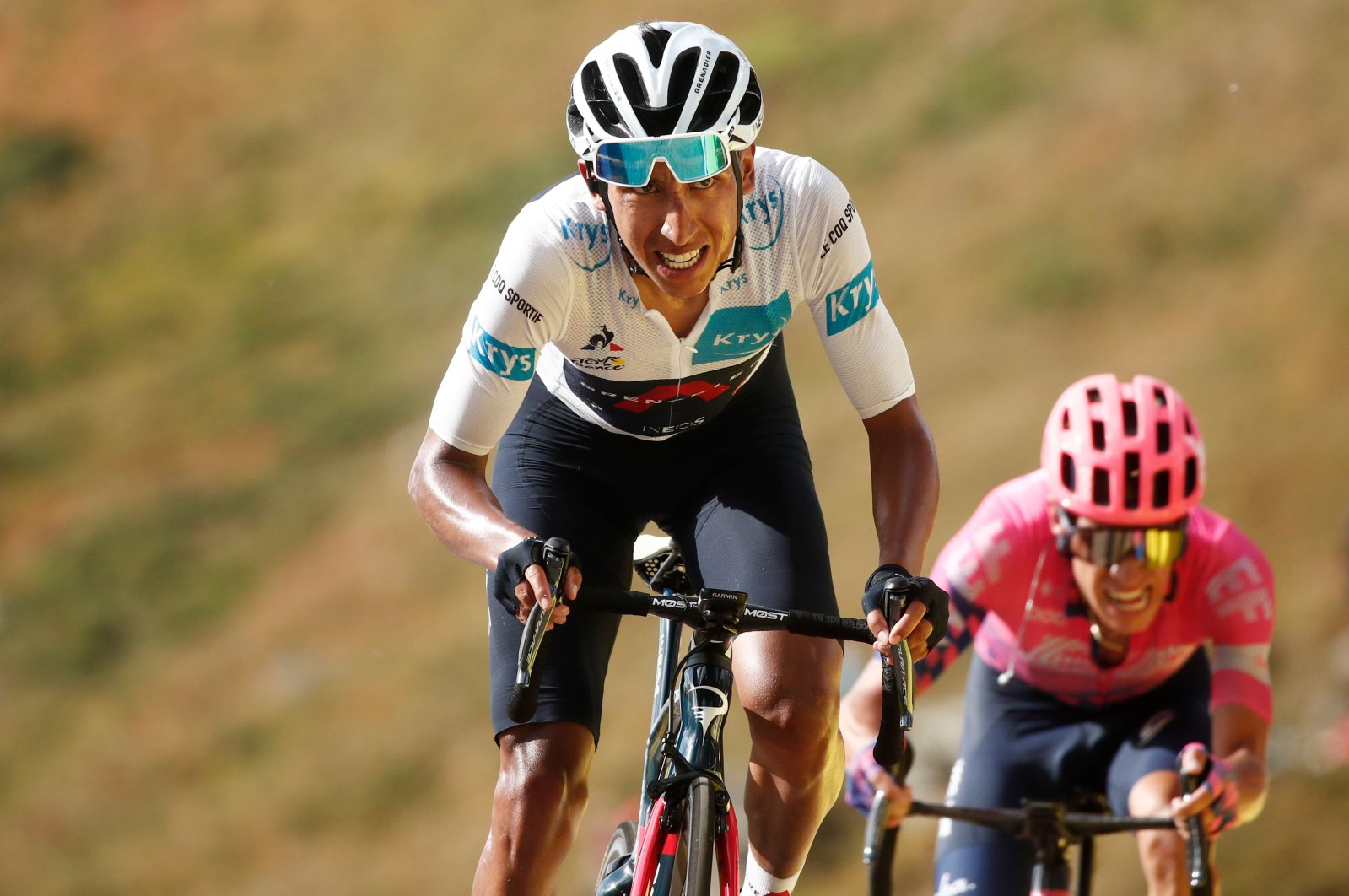 Defending Tour de France champion Egan Bernal has pulled out of the race ahead of a mammoth stage in the Alps, his Ineos Grenadiers team said Wednesday.

Bernal had been struggling since last weekend's stage in the Jura mountains, where he dropped more than seven minutes on the main contenders and slipped out of contention. Hampered by back pain, the 23-year-old rider lost more time during Tuesday's first Alpine stage.

“This is obviously not how I wanted my Tour de France to end, but I agree that it is the right decision for me in the circumstances," Bernal said. “I have the greatest respect for this race and I'm already looking forward to coming back in the years ahead."

Last year, Bernal became the first Colombian to win the Tour, and the youngest champion of the post-World War II era. His team said Bernal will try to recover as quickly as possible and redefine his goals for the rest of the season.

“We have taken this decision with Egans' best interests at heart," Ineos manager Dave Brailsford said. “Egan is a true champion who loves to race, but he is also a young rider, with many Tours ahead of him."

Bernal's withdrawal marked the end of Ineos' dominance at cycling's biggest event. The successful period started in 2012 with Bradley Wiggins' victory, when the team was called Team Sky. The squad won seven of the last eight editions with four different riders, but its best-placed rider this year is Richard Carapaz, who stood 14th ahead of Wednesday's Stage 17.

Arguably the toughest, the trek features the Col de La Madeleine and the Col de La Loze, the Tour’s highest point this year at 2,304 meters. The traffic-free pass between the ski resorts of Meribel and Courchevel was opened to cyclists this year after a forest track was paved by local authorities. The last six kilometers of the climb are particularly difficult, with very steep sections and sharp turns.