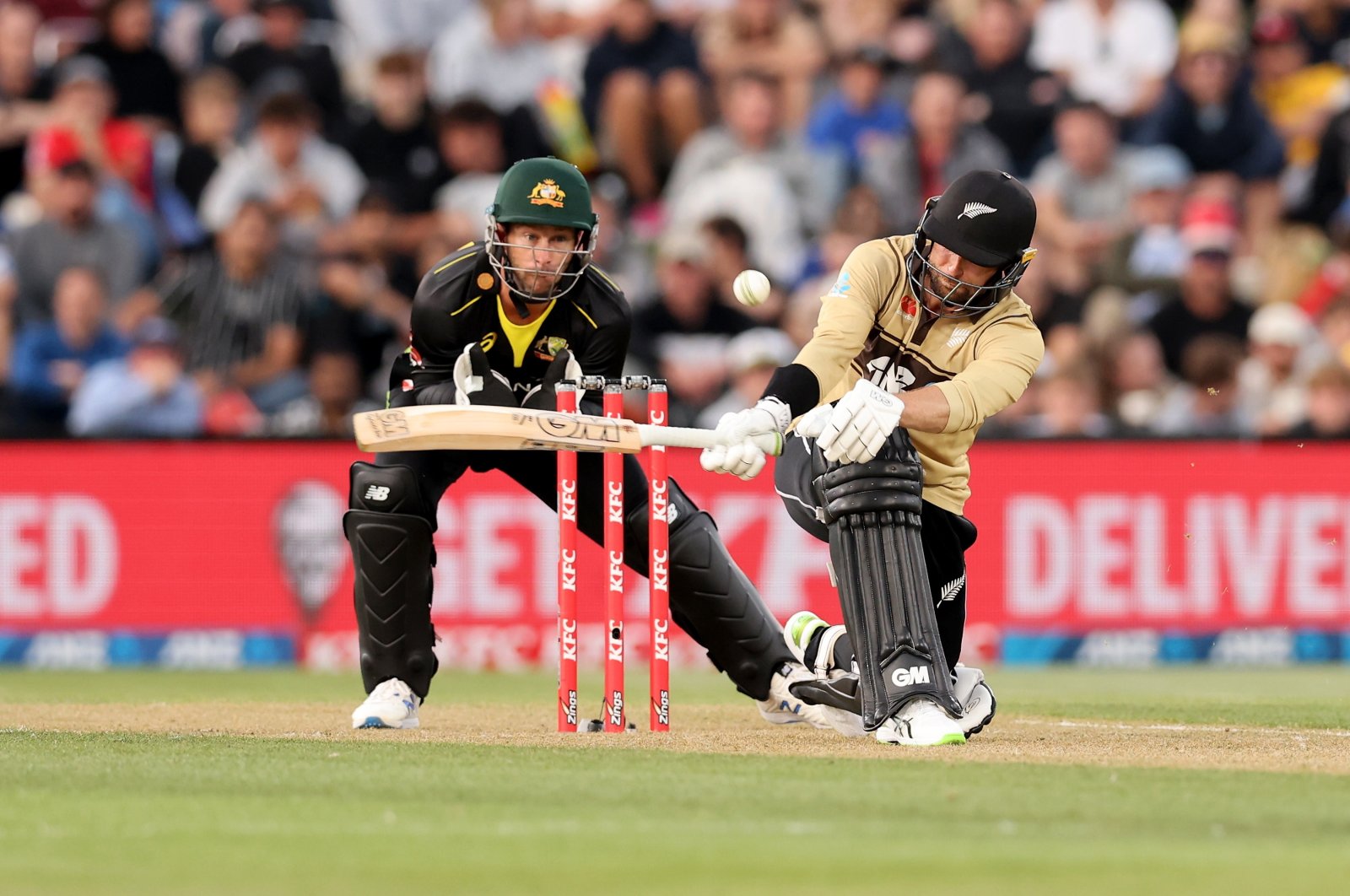 Devon Conway rescued New Zealand from a precarious start with a scintillating unbeaten 99 as the host defeated Australia by 53 runs in the opener of its five-match Twenty20 series in Christchurch on Monday.

Walking in to bat at 11-2, the left-hander smashed 10 fours and three sixes in his 59-ball knock to help New Zealand reach 184-5 in the 20 overs after Australia captain Aaron Finch won the toss and opted to bowl.

Australia's top-order batsmen failed to counter the pace duo of Tim Southee and Trent Boult to be reduced to 19-4 in its chase, with Conway making his presence felt even more with two catches.

All-rounder Mitchell Marsh provided some resistance with a 33-ball 45 but it was not enough for the touring side, who was bundled out for 131 as leg-spinner Ish Sodhi mopped up the lower order with 4-28.

Monday's series opener was the first international played under lights at the Hagley Oval and it started after a minute's silence was observed to mark the 10th anniversary of the Christchurch earthquake that killed 185 people.

Fast bowler Daniel Sams sent Martin Guptill back without scoring and then dismissed New Zealand skipper Kane Williamson for 12 to reduce the hosts to 19-3 inside the first four overs.

"The key from there was just trying to stay positive throughout," said Conway. "When I'm positive I'm at my best so trying not to think too far ahead, try and play good cricket shots and build partnerships at the end."

South African-born Conway steadied the innings with a 74-run stand for the fourth wicket with Glenn Phillips, who made 30, and then raised the tempo with some lusty hits towards the end.

He was on 98 on the final delivery of the innings but failed to complete a second run, hitting it straight to the fielder patrolling the boundary.

The second match will be played at Dunedin on Thursday.