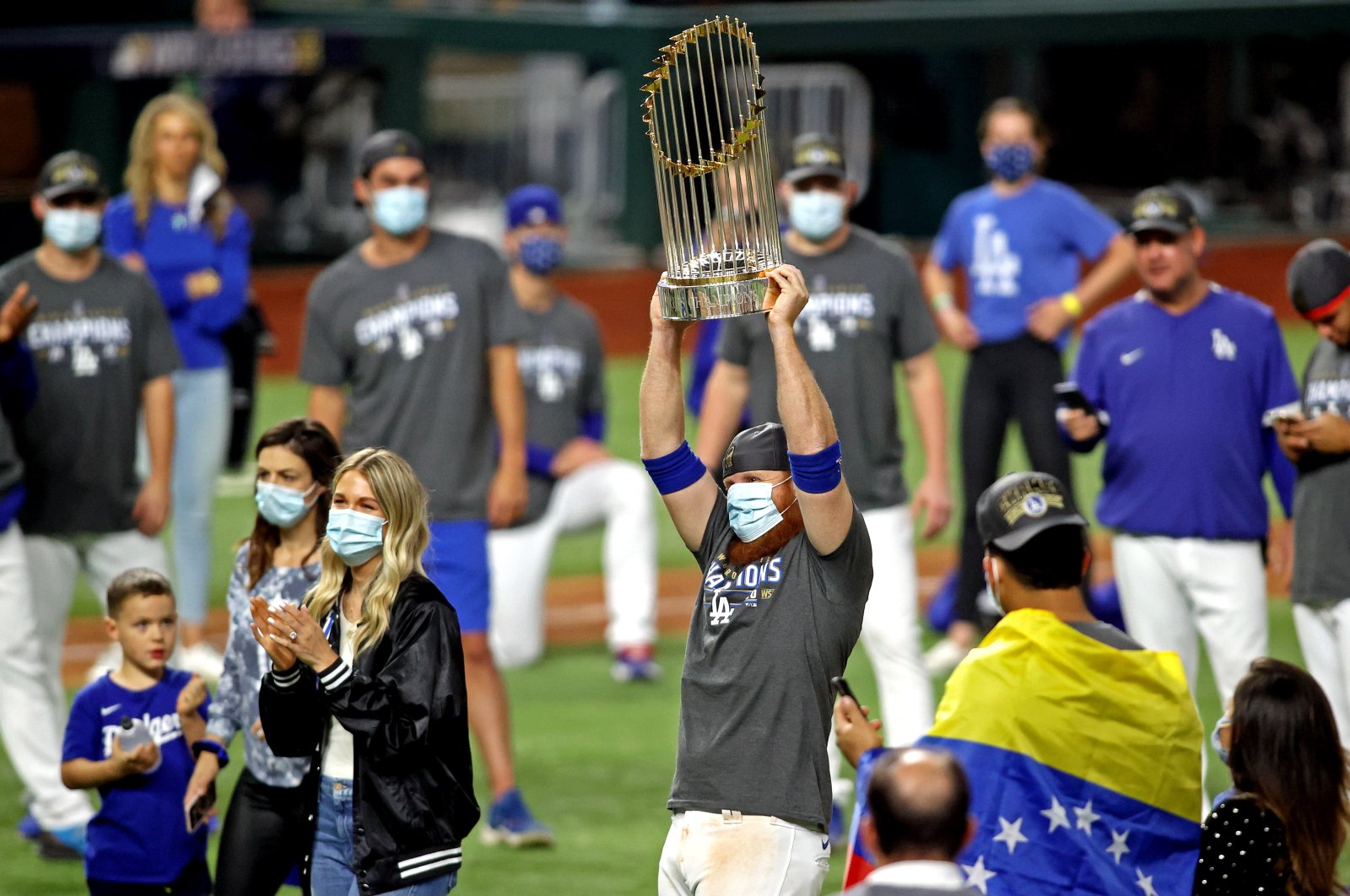 The Los Angeles Dodgers ended their 32-year wait for a World Series title Tuesday, beating the Tampa Bay Rays 3-1 to claim the Major League Baseball crown at last after a string of agonizing near-misses.

Corey Seager drove in the go-ahead run, Mookie Betts homered late and a stream of Los Angeles pitchers stood firm as the Dodgers won the seventh World Series in club history but their first since 1988.

Back in Major League Baseball's (MLB) championship showcase for the third time in four years, the Dodgers eased the disappointment of defeats in 2017 and 2018. They beat the Rays four-games-to-two at Globe Life Field in Arlington, Texas, where the first neutral-site World Series in baseball history capped a pandemic-shortened campaign.

"This is what you think about when you are a kid," said Seager, who was named Most Valuable Player of the series after batting .400 with two home runs and five runs-batted-in. "You strive to hear that," he said of being called a World Series champion. "To do it with this group couldn't be any more special." Added catcher Austin Barnes: "We had our hearts broken so many times."

The Dodgers win completed a championship double for Los Angeles, whose LeBron James-led Lakers won their first NBA title since 2010 earlier this month. As the Dodgers celebrated on the field, key contributor Justin Turner appeared, despite having been pulled in the eighth inning after testing positive for coronavirus – a final somber reminder of the shadow cast on the season by the pandemic. It was the first positive test since baseball put teams in quarantine bubbles for the League Championship Series, prompting commissioner Rob Manfred to call it a "bittersweet night" for MLB.

The Rays, needing a victory to force a decisive game seven, couldn't take advantage of a dominant performance from starting pitcher Blake Snell, who gave up just two hits and no runs with nine strikeouts in 5 1/3 innings. But Rays manager Kevin Cash opted to pull Snell with one out and one on in the bottom of the sixth with the Rays leading by just one run thanks to Randy Arozarena's first-inning homer.

"I wanted to keep going, man," Snell said. "I felt so confident in how I adjusted. I wanted to go the whole game." Sure enough, when Snell departed, the momentum shifted. Dodgers right fielder Mookie Betts promptly smacked a double up the left-field line off Rays relief pitcher Nick Anderson.

Barnes, who had singled off Snell, advanced to third and scored on a wild pitch. Seager then made it to first on a fielder's choice, with Betts beating the throw to home to give the Dodgers a 2-1 lead. "Snell was pitching a great game," Betts said. "That's all we needed."

A parade of Dodgers pitchers – it would total seven in all – kept it close after rookie sensation Arozarena clubbed his record-extending 10th home run of the post-season off an 88 mph slider from Tony Gonsolin, the rookie righthander whose impressive regular season numbers haven't translated in the playoffs.

Dodgers manager Dave Roberts had said he was hoping for five or six innings from Gonsolin. But he lasted just 1 2/3 innings before giving way to Dylan Floro. Snell, meanwhile, retired the first six batters he faced before giving off a leadoff single to Chris Taylor in the third, then retired nine more as the Rays preserved their one-run lead through five innings.

Gonzalez retired three straight in the top of the sixth, and after the Dodgers seized the lead in the bottom of the frame Brusdar Graterol took over on the mound for Los Angeles in the seventh. With two outs in the inning, Graterol gave up a line-drive single to Mike Zunino and was replaced by game-four starter Julio Urias of Mexico – who didn't allow a baserunner in closing out the victory.

"Man this was just awesome," said Seager, who is among the core of players who lived through the Dodgers' recent World Series defeats, a group that also includes star pitcher Clayton Kershaw – who finally added a World Series title to his Hall of Fame resume.

"The resilience, the energy, everything that this team's done this year, it's been fun to be a part of," Seager said. "We won a World Series, I can't believe it," Kershaw added. "Let me say it a few more times. It feels really good." Betts was a newcomer this year, traded prior to the season from the Boston Red Sox team that broke Dodgers' hearts in 2018.