England versus France, old versus new in European rugby semis 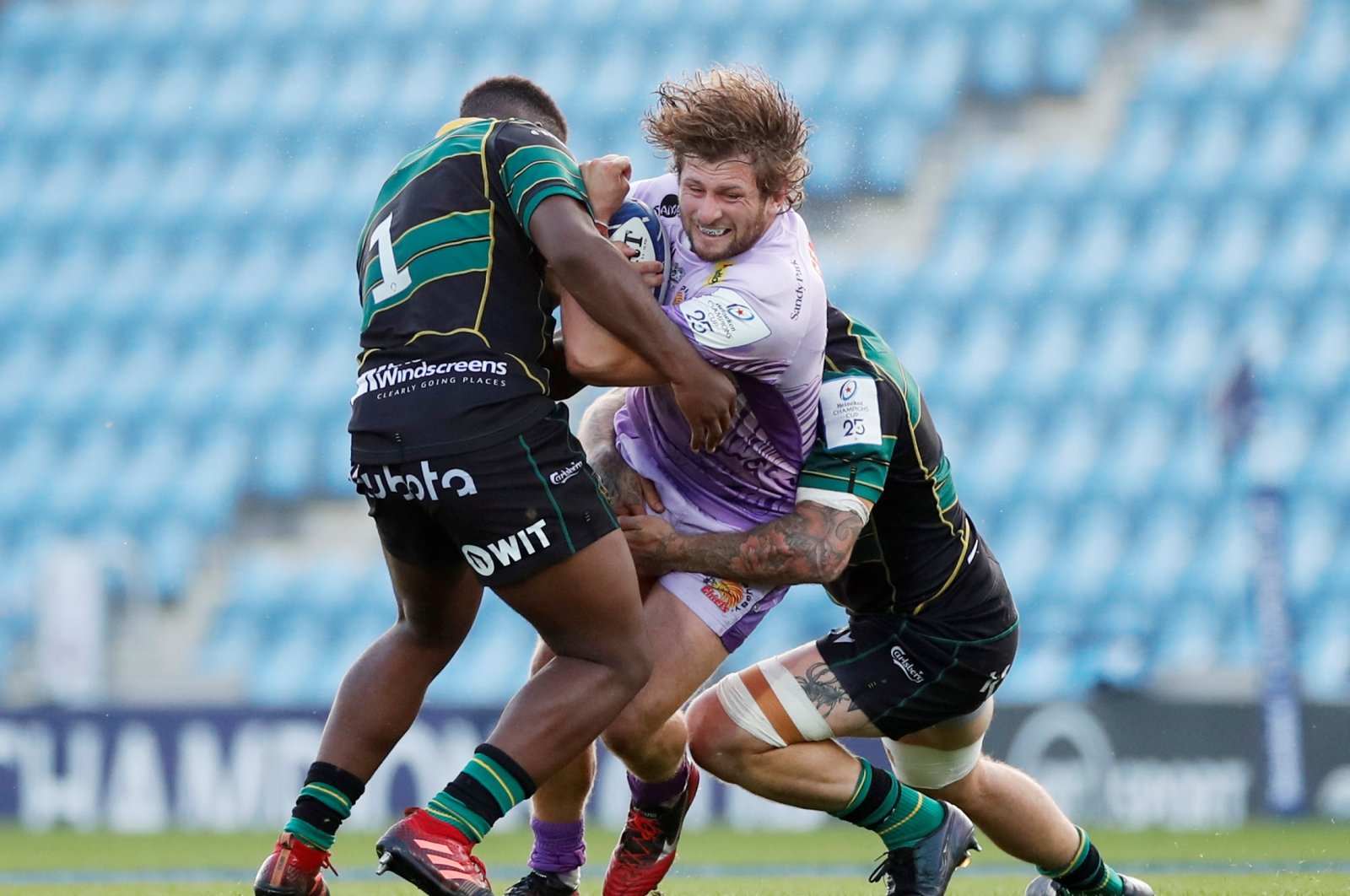 Saracens, winners of three of the last four titles and fresh from their superb victory at Leinster, travel to Paris to take on Racing 92.

Toulouse, seeking a record fifth European Cup, then host Exeter, who have made the semis for the first time in seven attempts and believe they have matured into a side capable of going all the way in Europe and doubling up with the English title.

Saracens, shorn of almost half the side that swept them to the title last season and facing the prospect of a year in the second-tier following their enforced demotion, showed in Dublin they are still the most formidable of teams.

They barely missed suspended captain Owen Farrell, also absent on Saturday, as Alex Goode delivered a superb performance at flyhalf, but it was their collective will, especially in the face of Leinster's second-half fightback, that prevailed.

They had been targeting that match in Dublin for six months and will need to lift themselves again for a different sort of challenge at the indoor La Defense Arena as Racing look to give themselves a chance of going one better than their two final defeats.

Saracens head coach Mark McCall said Racing had "exploded out of the blocks post-lockdown" but he knows his team, who beat them in the 2016 final, have the all-court game to impose themselves on the French league leaders.

Exeter too have finally begun to believe, after adding fizz to what has worked for them consistently in England and making them real contenders to reach the final for the first time and go on to lift the trophy.

They have home advantage, albeit without fans, against a Toulouse team appearing in the last four for the 12th time.

The reigning French champions play a style of high risk/reward rugby that is the antithesis of Exeter's smothering approach, which could serve up a fascinating clash of styles.

Toulouse must be fully focused to do what few have managed, keep Exeter's forwards at bay, while the Devonians face a similarly daunting prospect in trying to shackle slippery Springbok World Cup-winning winger Cheslin Kolbe.

It is 10 years since Toulouse won their fourth European Cup, four days before Exeter secured promotion to the Premiership for the first time.

It would have taken some leap of faith to predict that a decade later Rob Baxter, who oversaw that promotion in his first season in charge, would still be there, plotting tactics against the team with the best European pedigree of all, and with no hint of an inferiority complex.

"There's no feeling in this club of guys walking around with big smiles on their faces like they've just won the lottery, they know there's a job to be done."