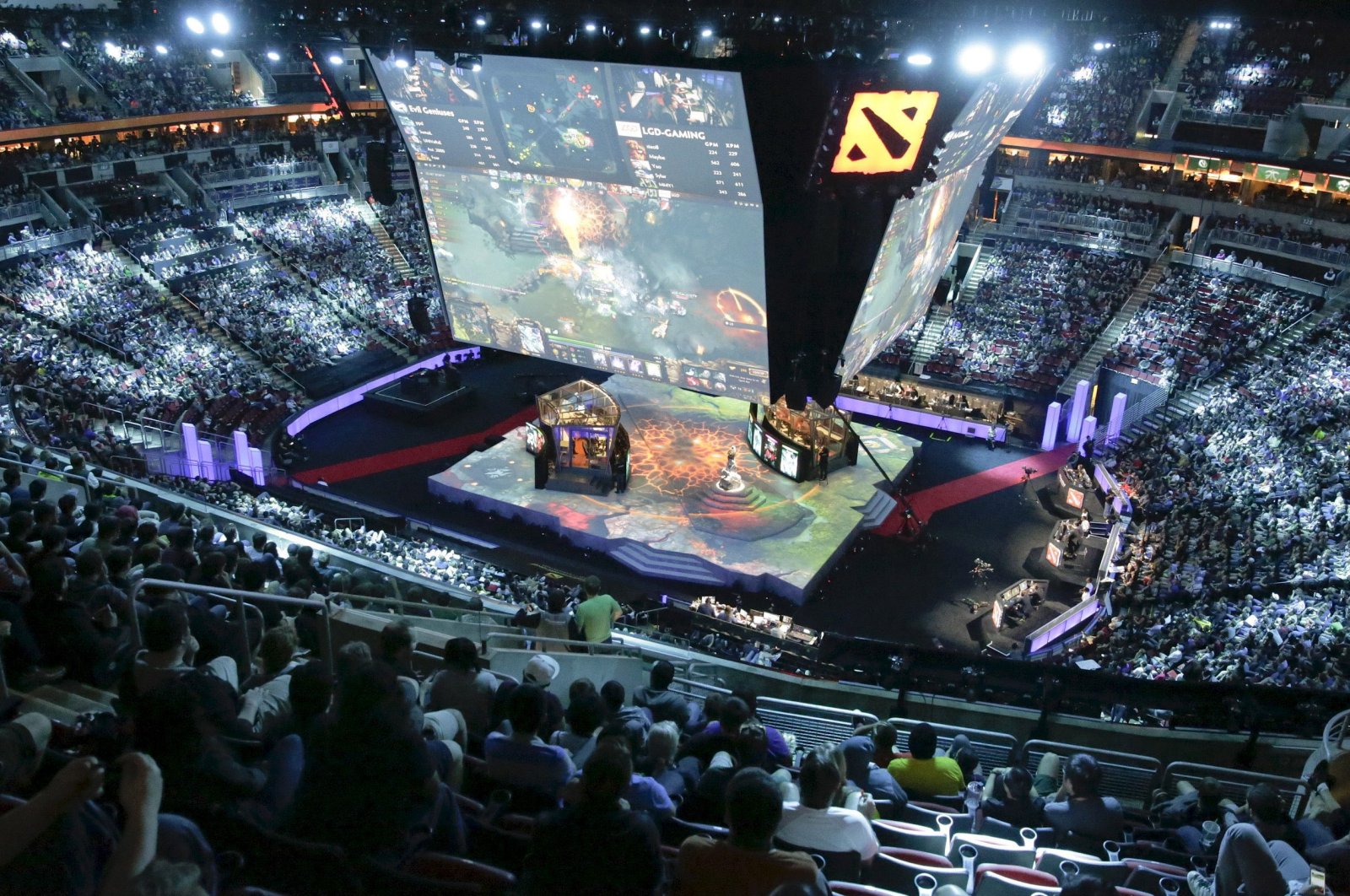 Now a billion-dollar industry, esports can reach millions of viewers due to the ease of access and a growing demographic. (Reuters Photo)
by Reuters Mar 19, 2020 11:32 am

As coronavirus brings sports across the globe to a standstill, esports is helping athletes and teams pull together to support those struggling financially and to keep fans entertained

Coronavirus has brought the sport to a standstill but the virtual world is seizing the opportunity to fill the void, with athletes rushing to join online gamers as demand and viewing figures soar.

Darren Cox, president and CEO of Torque Esports and founder of The Race that organized an all-star race last Sunday after the Australian Formula One Grand Prix was canceled, has never seen anything like it.

"It feels like I’ve done two Le Mans weeks, back to back. We haven’t slept," he told Reuters.

"We’re back on to the next one, we’re doing it next weekend and at the moment we’re changing our format because we’ve got too many real drivers. I think we’re up to 30 real drivers that are confirmed that want in," he said.

Cox said there were more than a million views of that feed, with 515,000 people watching it live.

"We’ve sold out of simulators," added the Briton, whose listed Toronto-based company has a range of esports assets including tournament platform UMG and gaming hardware.

"I just had (2004 Indianapolis 500 winner) Tony Kanaan on literally begging me saying ‘How much do you want for one of these simulators?’ We’ve got people around the world wanting simulators," he said.

"People that I’ve spoken to over years that have had no interest at all in gaming suddenly want to be involved. It’s insane. I’ve never seen anything like it," Cox said.

"When you’ve got people who never showed any interest in sim racing suddenly trying to buy rigs and practice ... then you know that something’s changed," he added.

Veloce reported more than 2 million total views on Twitch.TV and YouTube and 6 million social media impressions. It said Norris’ Twitch stream was the most-watched in the world that day, attracting 70,000 live viewers.

A $1 billion industry, esports can command the sort of audiences and interaction that many real sports can only dream of.

Some 44 million viewers "consumed" content from the League of Legends World Championship last December, according to GlobalData's Sportcal.

There is also big money to be made from sponsors, particularly at a time when live sport has dried up on television.

According to the Sportcal Intelligence Centre, Intel spends more than $10 million a year on sponsoring the Overwatch League and Nike $8 million to supply kit to League of Legends Pro League teams.

"We’ve got inbound inquiries that we literally can’t handle," said Cox. "We’ve got to take more people on ESPN. What are they showing (as far as live sports action is concerned)? Nothing. What is BET365 gambling on? Everybody needs something."

Virtual racecars and tracks can be branded while races, free to watch, can feature real-time advertising.

Fans are also getting to see their real-life heroes in a different light.

"We sent out a note to the drivers ‘take a selfie of yourself on the rig,'" said Cox.

"Normally these guys are preening themselves, they’ve got their hat at the right angle and the sunglasses. And they’re sitting there in their pajamas, some of them. These are real drivers paid hundreds of thousands of dollars," he said, adding, "It's a tipping point I couldn’t have even imagined four weeks ago."

Formula One, which has its own esports world series, is also adapting to the new reality. The sport hopes to renew racing at the end of May but accepts it could be a long wait.

Julian Tan, F1's head of esports, told Reuters a plan had been formulated to accelerate the virtual side since February when the Chinese GP was postponed, and that had been reworked since Friday.

"In times like this I think there is a huge potential for us to be able to leverage our newly developed product around esports to see how we can plug the gap we now have in the F1 calendar," Tan said.

"Over the next few days or so there will be an announcement around this," he added.