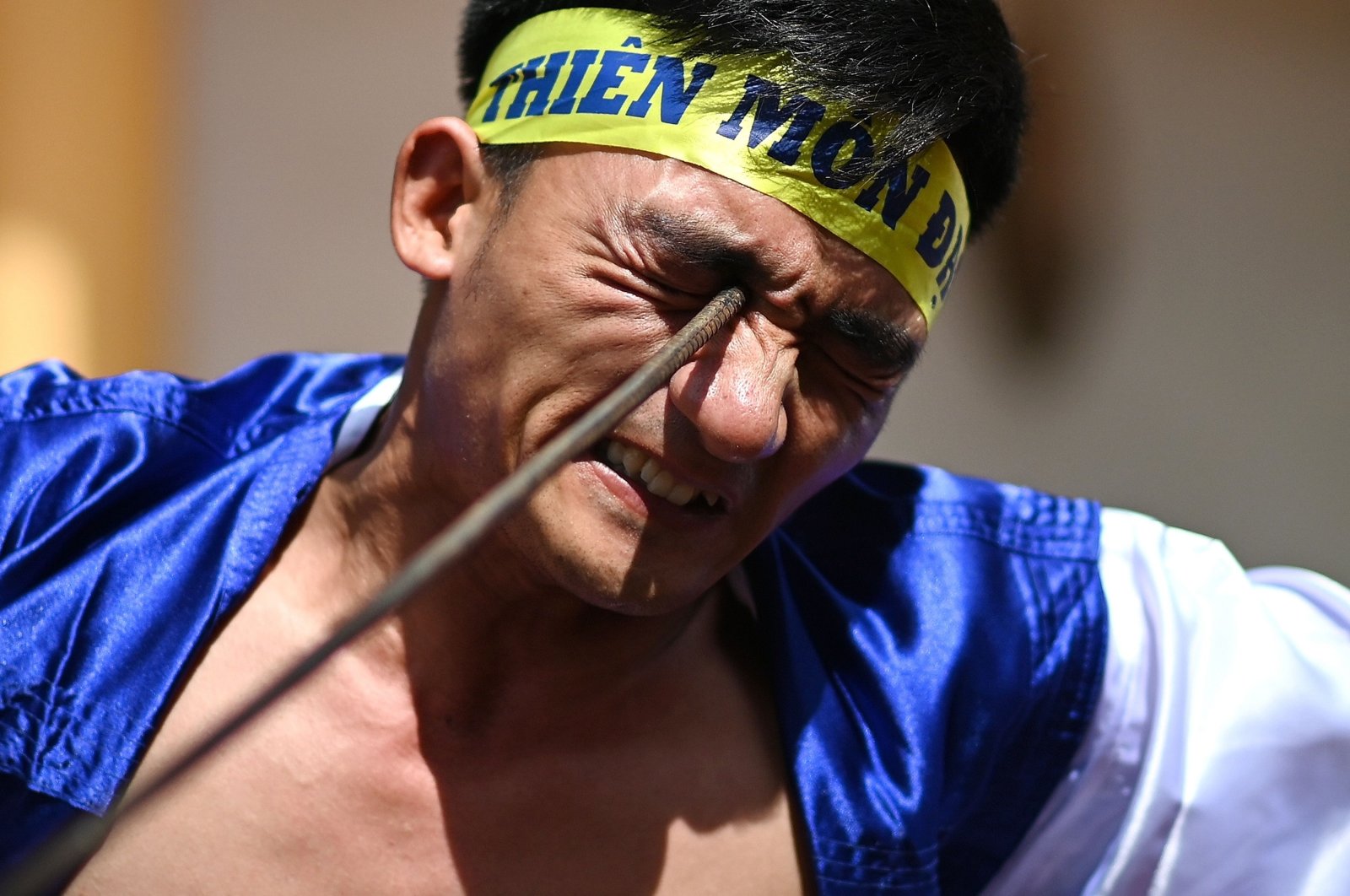 In a sunny temple courtyard in Vietnam, Le Van Thang pushes an iron rod hard against his eye socket and tries to make it bend – his dizzying strength honed through years of practicing the centuries-old martial art Thien Mon Dao.

Thang, 28, is one of an increasing number of Vietnamese to find refuge in a sport that grew out of a need to protect the country from invaders but now offers a route to mental well-being in the rapidly changing communist nation.

Practitioners of Thien Mon Dao have long taken pride in the incredible shows of strength that form part of their routines.

The eye-popping feats include bending metal against their bodies, carrying heavy objects using their throats and lying under the path of motorbikes.

Now many say they also take pleasure from how the sport – which includes elements of self-defense, kung fu and weapons training – has steered them on a new course.

Thang, a furniture seller who first began practicing eight years ago, said he used to get into fights in high school and was also a gambler.

"Once I stole money from my family but after that, I was brought to Thien Mon Dao by my family and I changed," he told Agence France-Presse (AFP).

"There are so many benefits: I learned how to express my ideas, how to walk properly and behave."

Thien Mon Dao was first developed in the 10th century, according to master Nguyen Khac Phan, whose school trains in the complex of an ornate temple on the outskirts of Hanoi.

In recent years it's seen a surge in popularity, he says, with up to three new clubs set up in the capital each year.

Vietnam currently has around 30,000 Thien Mon Dao practitioners across the country, with occasional public performances helping boost the sport's appeal.

"People come for different purposes, but mostly they want to improve their health and mental health," added Phan, who has been teaching the sport since the early 1990s.

"Learning martial arts can help people see life in a better way, improve their strength ... give up their mistakes to aim for better things," he said.

From tiny children who have barely started school to people in their 80s, Thien Mon Dao embraces anyone who wants to kick their way up through 18 different levels and seven belts.

Sixteen-year-old Vu Thi Ngoc Diep, one of around 10 women training at the temple compound, said the sport had also given her a way to fight gender stereotypes.

"Southeast Asian people think that girls should be gentle and not suitable for learning martial arts," she said. "But I see it differently."