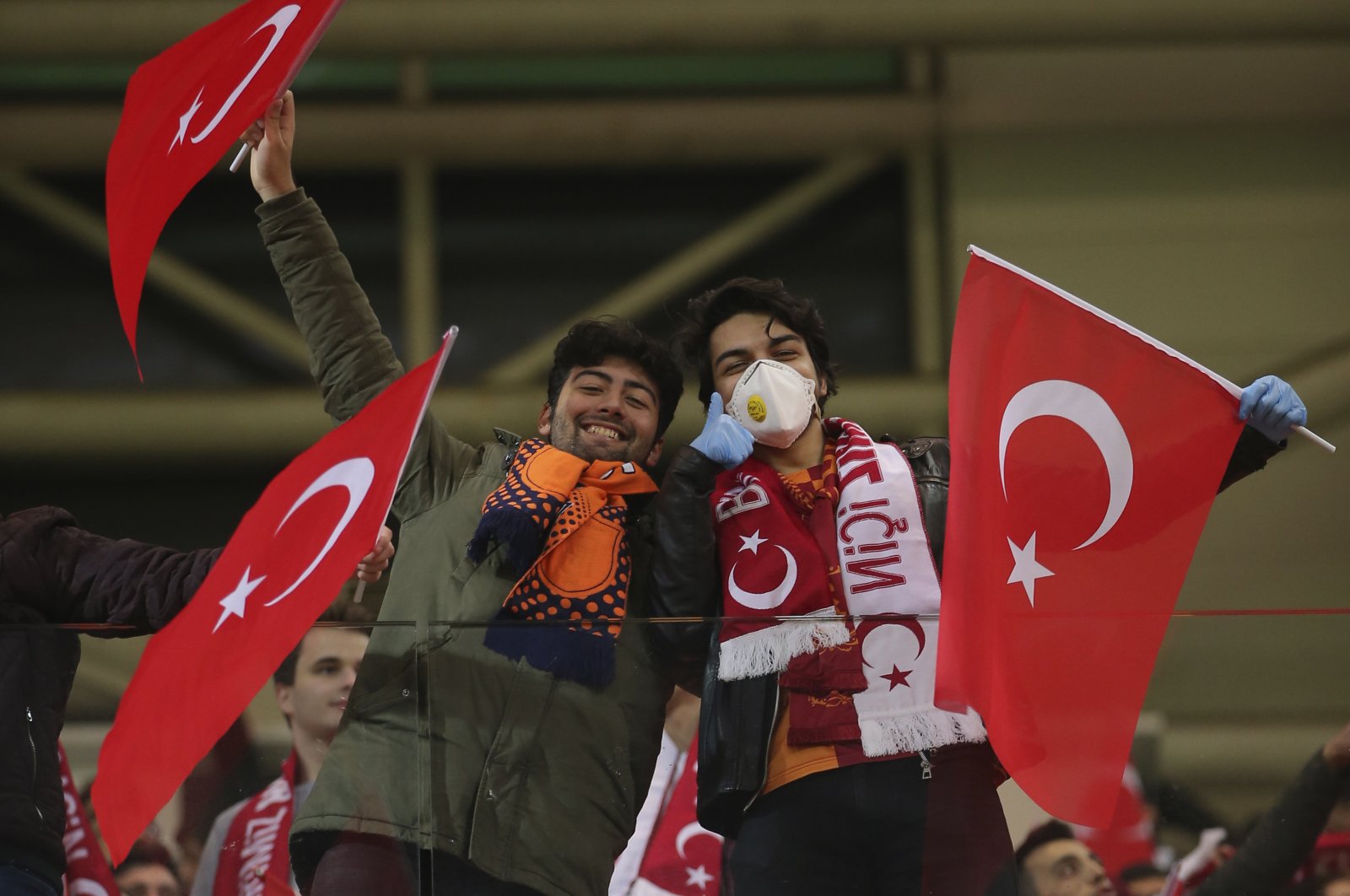 Spectators, some wearing masks because of the coronavirus outbreak, wave Turkish flags prior to the first leg of a Europa League top 16 soccer match between Başakşehir and Copenhagen, in Istanbul, March 12, 2020. (AP Photo)
by DAILY SABAH WITH AA Apr 28, 2020 12:33 pm

The coronavirus outbreak could cause a significant loss for Turkish football if the remaining games are not completed, a recent report revealed.

A research report prepared by Aktif Bank foresees losses that could reach up to $1 billion for the Turkish Süper Lig, considering the fall in match day, broadcasting and commercial revenues.

The report also stated that the financial loss of the clubs could reach 4 billion euros ($4.35 billion) in five major leagues of Europe if they cannot complete the football season.

The final decision about the restart date of the Turkish Süper Lig’s last eight weeks will be made in seven to 10 days, a member of the Health Ministry's Coronavirus Science Board said Monday.

The report also pointed to the Turkish Süper Lig’s quick action in response to the outbreak compared with other major leagues. The games were postponed 42 days after the first positive case in the Premier League, 38 days in the Bundesliga, 41 days in La Liga, 52 days in Ligue 1 and 39 days in Serie A. In Turkey, it took only eight days for the postponement of football matches after the appearance of the first case.