11 Ajax players, including captain and goalies, test positive for COVID-19 ahead of CL clash 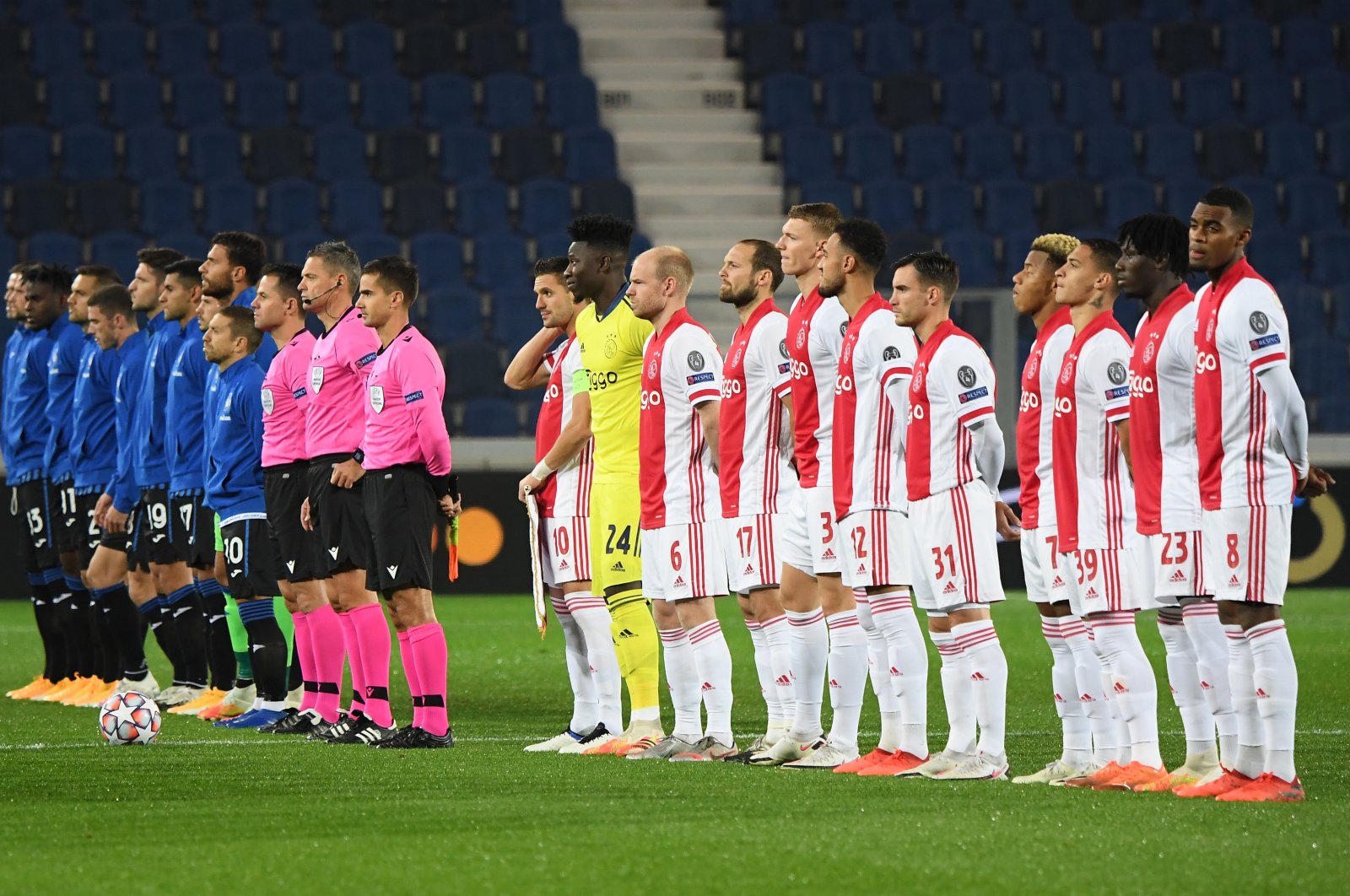 Ajax will be without four key players including captain Dusan Tadic and goalkeeper Andre Onana in their Champions League clash against Midtjylland after 11 players on the squad tested positive for the coronavirus, news reports said Monday.

At least seven other players including reserve goalkeeper Maarten Stekelenburg and attacking midfielder Zakaria Labyad were left off the plane as well.

Ten Hag, at a news conference ahead of the Group D encounter, remained vague about the players and their COVID-19 status, and why they could not travel to play at the MCH Arena in the western Danish city of Herning.

"There are a number of players who did not get permission to enter Denmark to play here. They are allowed to play in the Netherlands but not in Denmark," ten Hag said at the livestreamed conference.

Pressed for a reason, ten Hag said, "I can't say anything about the exact reasons and I'm also not going to comment on individuals because of privacy reasons."

"All I know is that they did not get permission to enter Denmark," he said.

Ten Hag then added: "It has to do with testing. All I can say is the players affected by this are healthy in the sense that they don't have any symptoms or complaints."

Denmark enforces stricter anti-coronavirus rules than many other European countries.

It could be that some players who tested positive before still have residual traces of the virus showing up in blood tests, even though they have recovered completely, the RTL Nieuws private broadcaster said.

"I find this rather odd," said ten Hag.

"We are playing in a European competition. But European countries have different rules when it comes to corona," he said.

"That's strange and it is not fair play either," added ten Hag.

Dutch news reports say the missing players are now pinning their hopes on a second test, hoping that would come up negative.

"I am therefore hopeful that they will still be welcome on Tuesday," ten Hag said, adding "we are still working on it."

Under the rules of Europe's football governing body, Ajax must play the game if 13 or more players on its A-list are available.

Ajax is third in Champions League Group D with one point from two matches, five points adrift of leader Liverpool and three behind Atalanta. Midtjylland is at the bottom, having lost its first two games. The top two teams qualify for the knockout stage.