11 arrested for racist tweets to England footballers after Euro 2020 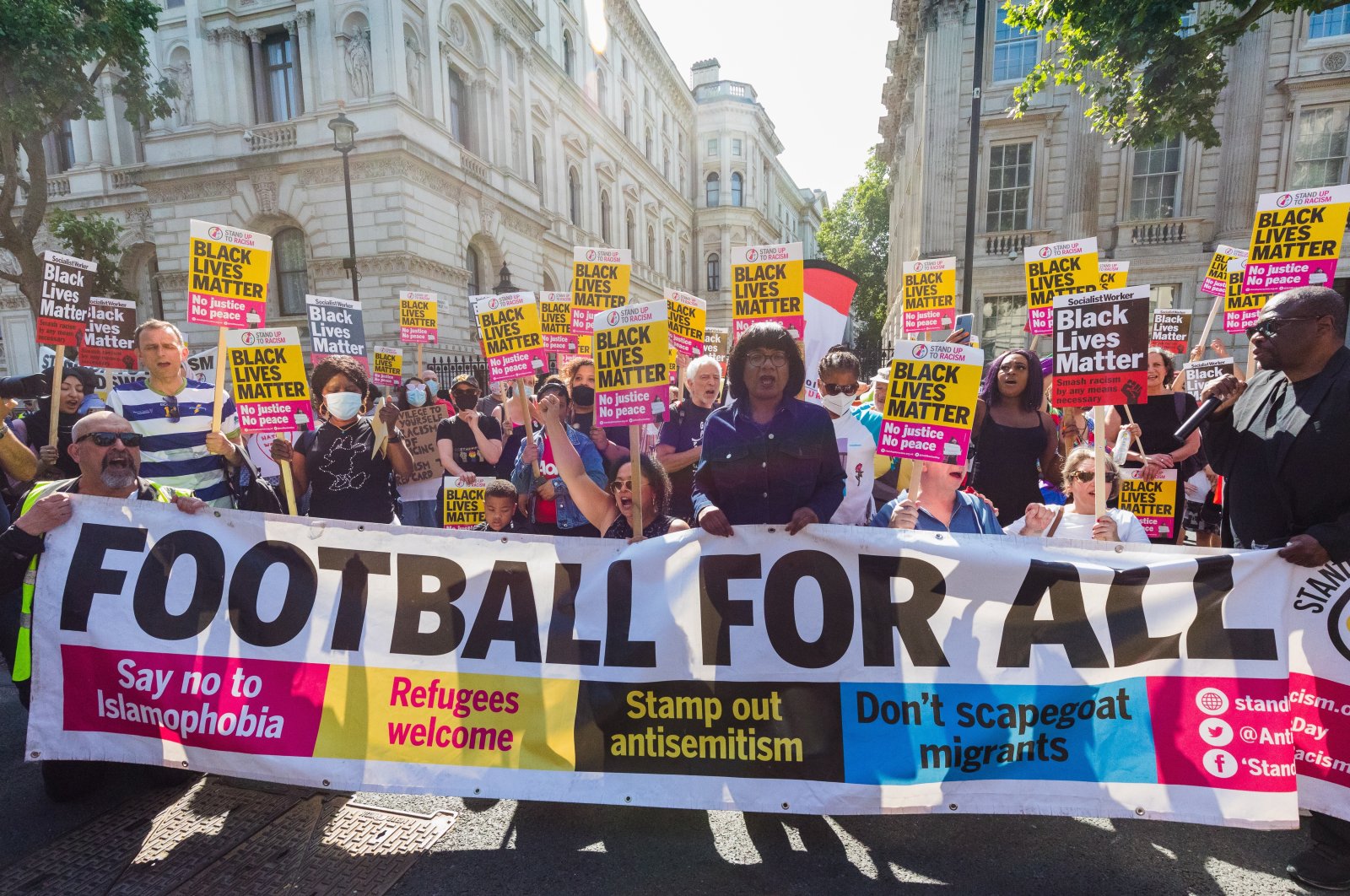 British Member of Parliament Diane Abbott (C) joins demonstrators from "Stand Up To Racism" as they stage an anti-racism and 'taking the knee' protest against the British government and in solidarity with England footballers Marcus Rashford, Bukayo Saka and Jadon Sancho outside Downing Street in London, England, July 17, 2021. (EPA Photo)
by French Press Agency - AFP Aug 05, 2021 3:54 pm
RECOMMENDED

The U.K. Football Policing Unit (UKFPU) launched a hate crime investigation following the comments directed at some of England's black players after the game on July 11, which the Azzurri won on a penalty shootout.

The unit identified 207 posts that were considered to be criminal in nature, 123 of which were sent by accounts belonging to individuals outside Britain.

"The details of these individuals and cases are in the process of being passed on to the relevant country to act on them," the National Police Chief's Council (NPCC) said in a statement.

A total of 34 accounts were identified as being in Britain, and 11 of those account holders have now been arrested on suspicion of a number of offenses, including malicious communications.

"There are people out there who believe they can hide behind a social media profile and get away with posting such abhorrent comments," said Chief Constable Mark Roberts.

"They need to think again – we have investigators proactively seeking out abusive comments in connection to the match and, if they meet a criminal threshold, those posting them will be arrested," he added.

Marcus Rashford, Jadon Sancho and Bukayo Saka bore the brunt of the abuse, having each missed their penalty in the shootout.

Attacker Raheem Sterling also came in for racial abuse after England beat Denmark in the semifinals, having won a controversial penalty.