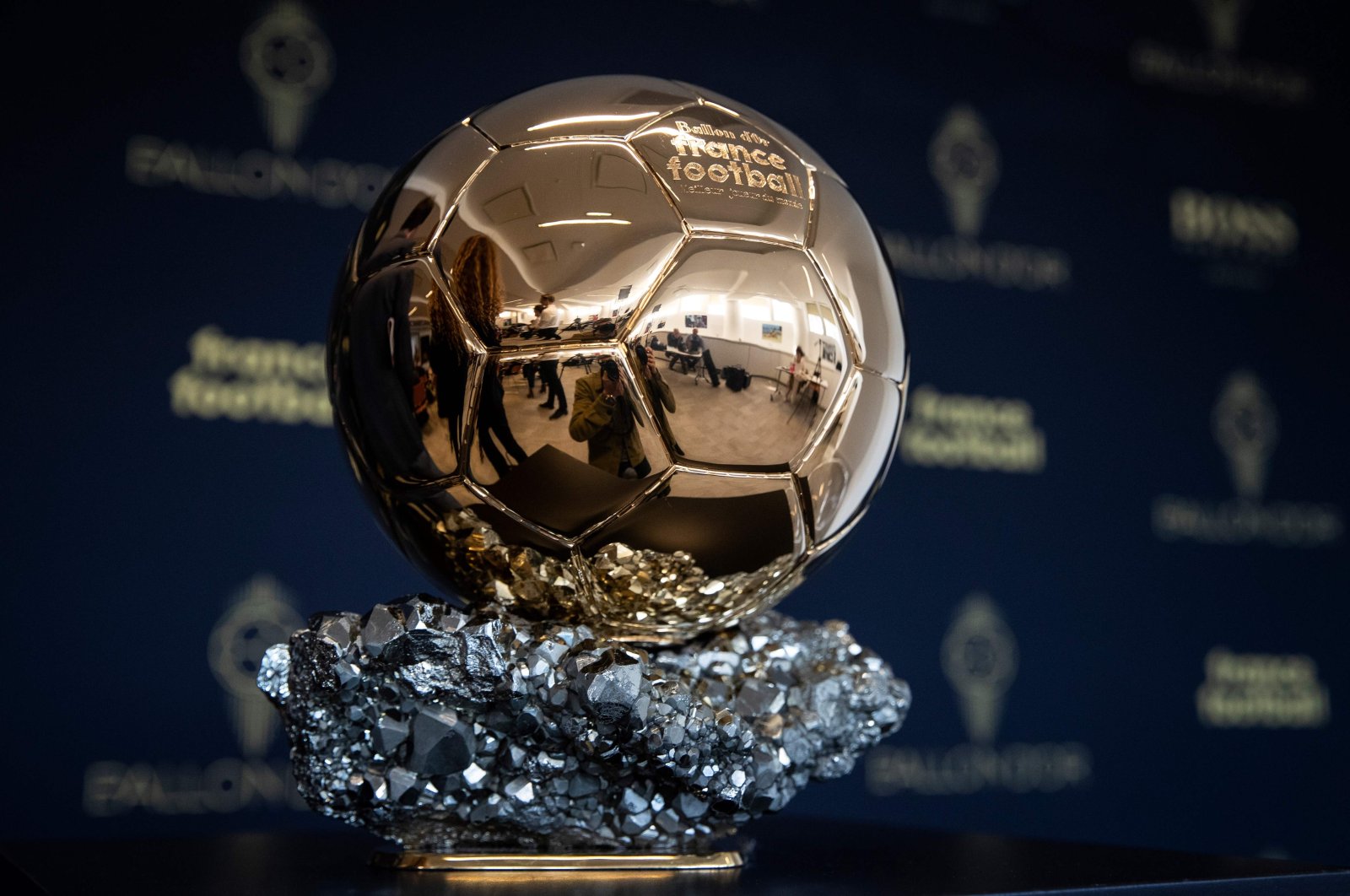 The Ballon d'Or trophy is displayed during a press conference on the outskirts of Paris, September 19, 2019. (AFP Photo)
by Anadolu Agency Jul 20, 2020 6:31 pm
Edited By Eralp Yarar

One of the most prestigious awards for football player of the year, the Ballon d'Or, will not be given out in 2020 due to the coronavirus pandemic.

France Football said the award will skip a year due to the uneven conditions of 2020 caused by the virus.

A separate women's award, Ballon d'Or Feminin, was added in 2018.

The Ballon d'Or was organized by FIFA and France Football until 2015. After they split, FIFA has handed out its own awards since 2016.