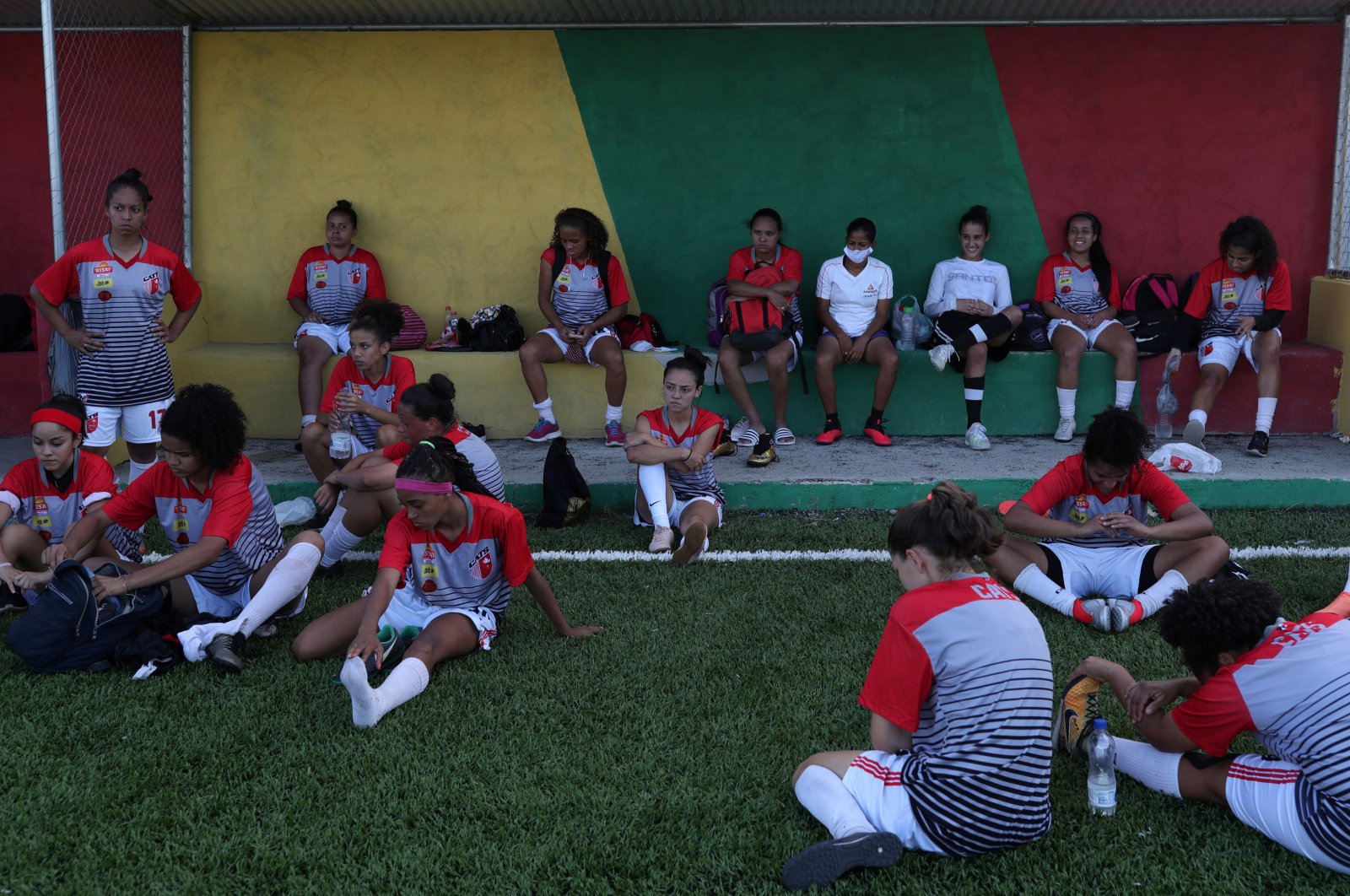 Taboao da Serra players after training. The soccer club lost 29-0 against a major club like Sao Paulo in the Paulista Women's Championship. The defeat led to a debate on how much this result shows inequality in sport in terms of social and gender development, which is still moving slowly in Brazil, in Embu das Artes, on the outskirts of Sao Paulo, Brazil Oct. 27, 2020. (Reuters Photo)
by Reuters
Nov 19, 2020 11:50 am

When the women's team of Taboao da Serra lost a league match 29-0 last month it looked like things could hardly get much worse for the small club based outside Brazil's biggest city Sao Paulo.

The horrific loss made headlines around the world but wasn't the final straw. They lost their next three games 14-0, 10-0 and 16-0 and were eliminated from the Sao Paulo state championship at the group stage.

The results sparked yet another debate about the competitiveness of the women's game in Brazil. The backlash – and of course the sexist ridicule – was even more predictable.

When we lost, "they said it looks like the whole team has COVID-19, don't bother playing, those kinds of things, you know," said captain Lohane Ferreira.

They were "talking as if football was only for men, that women should stay at home washing dishes, like men's slaves. Most of the players get these kinds of messages."

The results and the messages reflect the challenges faced by women footballers in Brazil.

The South American nation is famous as the spiritual home of football; the birthplace of Pele, Ronaldo Nazario, and Neymar; and the only country to win the men's World Cup five times.

The women's team is also competitive on the world stage, but while top players like Marta, the only woman to win the World Player of the Year award six times, can make a comfortable living overseas, the majority who play in Brazil struggle.

Even senior clubs face accusations of not offering their women's teams the same equipment or facilities as the men's sides and equal pay is a distant dream.

Taboao only secured a training pitch three days before this year's league kicked off and their players shoulder almost all the responsibility for preparing, training and kitting themselves out.

"We don't have any other kind of help, not even boots," said midfielder Alieni Baciega Roschel.

"All the players have to pay for their own equipment. They pay their own way to get to training. Every one of them spends between 20 reais and 30 reais ($3.77 and $5.66) a day on transport, some take two or even three hours to get home, some come direct from work."

Their elimination means no competitive matches until at least next year and has thrown the future of the women's side in doubt.

Taboao, like many clubs in Brazil, faces financial difficulties and is deciding whether to focus all its resources on the men's team next year.

The players, though, have been loaned a training pitch and have vowed to keep playing. They are sanguine about their future and their recent past.

"Taking the field and seeing them (the players of the Brazilian women's team) is thrilling, the best experience I've ever had," Ferreira said of some of her more illustrious opponents.

"In spite of all the difficulties, it is the best thing I've ever done in my life. I can tell my children and my grandchildren that I played against them."