A title, a derby and whole lot of action: Süper Lig's longest week 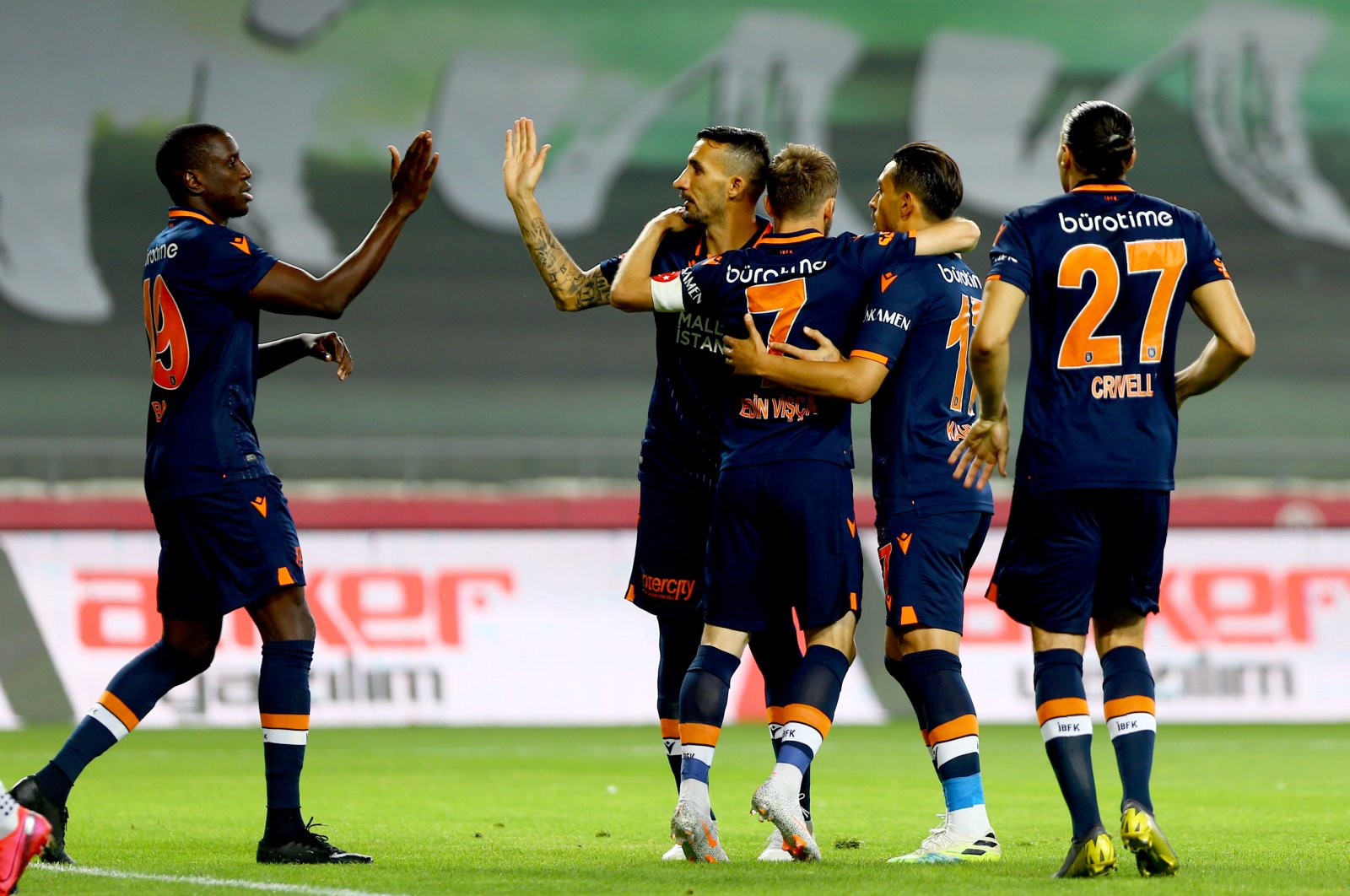 Başakşehir will seek to claim its first league title, while giants Fenerbahçe and Beşiktaş clash in an Istanbul derby game in an action-packed Süper Lig Sunday

Despite having two weeks to go before the season ends, nothing is settled in the Turkish Süper Lig. The tıtle race is still on, although Başakşehir has a clear advantage, and the relegation battle is a fair game for at least seven teams. Add the race for the third place between Beşiktaş and Sivasspor, and this week looks crucial for many in the league. If that's not enough, given an ever-worsening financial atmosphere for Turkish clubs, winning the title, going to the Champions League and even staying in the Süper Lig could mean the difference between life or death.

The most crucial game is obviously between Başakşehir, with 66 points, and Kayserispor in the relegation zone with 32. Neither has any option but to win this match, which should increase the odds of a nail-biting 90 minutes. Last week Başakşehir lost against Konyaspor, another relegation battler with 33 points and put not only themselves but also Kayserispor in a really tough spot. In a week when it could have secured the championship, Başakşehir both missed the chance and made its next opponent even more desperate to win.

Normally I would say Başakşehir was the clear favorite of the game, but considering the last week’s surprise result, it is clear that the team started to feel the championship pressure. Even though not as bad as Trabzonspor, who lost yet another three points in a game despite a lead last week, Başakşehir’s performance against Konyaspor was pretty tense, too. Given Kayserispor collected 10 points in six games after the COVID-19 break, this anxiety may cause serious problems this week. Furthermore, as Konyaspor showed, Başakşehir struggles the most against counter-attacking teams such as itself, while this is a particular strength of Kayserispor. Thus, the match will be very challenging for Başakşehir until the final whistle.

On the other hand, we also have a derby between archrivals Beşiktaş and Fenerbahçe to look forward to. Under normal circumstances, this game could have been a deciding point for the championship race, but both teams squandered their chances long before the virus break. Nevertheless, the game will be especially important for Beşiktaş in its competition against Sivasspor. While the Court of Arbitration for Sport’s (CAS) recent decision over Manchester City may also hint at an overturning of Trabzonspor’s ban from European tournaments, the third-placed team will go to Champions League with the current situation.

Fenerbahçe was also in the third-spot race a week ago, but the defeat against Sivasspor killed those hopes. This means that Beşiktaş will be the side more motivated to win and with manager Sergen Yalçın’s daring strategies in offense, it is very possible that the team will be taking risks. As both teams suffer from structural defensive problems – namely not having a proper defensive strategy – fans might witness a goal bonanza. Adding to this, Beşiktaş lost their center back Victor Ruiz during the week, who terminated his contract because of unpaid wages. If Fenerbahçe sees this game as absolution for their horrendous season, then it might create problems for Beşiktaş’s Champions League quest.

Aside from these two games, Trabzonspor versus Konyaspor will also be tough. However, as Trabzonspor’s confidence collapsed after its last game against Denizlispor, the club’s performance will be very dependent on the news coming from Başakşehir’s game. Regardless, with all of these three games played at the same time, it will be a real rollercoaster to zap back and forth from ongoing developments this weekend.