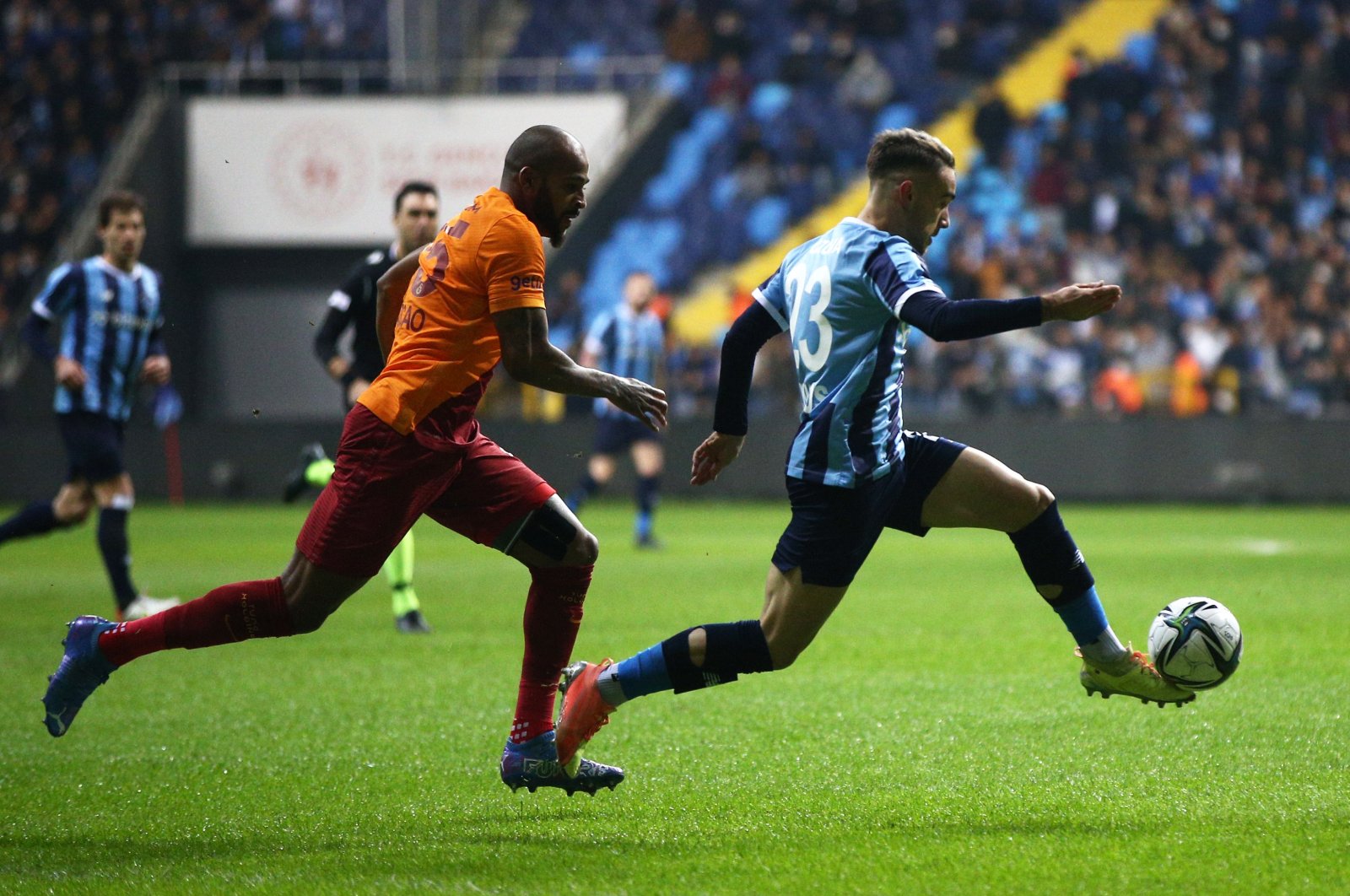 On loan from Galatasaray, Yunus Akgün scored Adana Demirspor's both goals in the win, leaving the Istanbul-based giant without a Süper Lig victory for the seventh match in a row

The Lions have displayed emphatic form in the UEFA Europa League, advancing to the last 16 after winning their group. However, their domestic campaign is an entirely different story.

Galatasaray has now failed to secure a win in its last seven matches in the Süper Lig.

Adana Demirspor, on the other hand, has been on an inspiring run. It moved up four places to fourth with Tuesday's win.

The newcomer secured the victory with a second-half brace by Turkish winger Yunus Akgün. Interestingly enough, the hero of the match joined Adana from Galatasaray on a yearlong loan deal in September.

He scored from a quick counterattack in the 53rd minute after a long ball to break the deadlock in the match. He unleashed a low shot at a narrow-angle to beat Galatasaray goalkeeper Ismail Çipe, who was standing in for injured Galatasaray veteran Fernando Muslera.

Argentine winger Matias Vargas took the ball and persisted to dribble from the center circle. He was challenged but managed to skip past several Galatasaray players.

Akgün, who was lurking on the right flank, followed to kick the ball in order to score a classy goal from outside the area. He curled it into the top corner as Vincenzo Montella's men cemented the win.

The Istanbul club has been unable to secure a win for the last seven league matches. In this period, Galatasaray was handed four draws and three defeats, including a home derby against Fenerbahçe, where it lost 2-1 on Nov. 21.

In the next fixture Saturday, a mid-table Galatasaray will face Antalyaspor at Istanbul's Nef Stadium. It has 24 points in 18 matches to be in 11th position in the standings. Antalyaspor, in comparison, has 22 points and sits 13th in the league table.

Fourth-place Adana Demirspor boosted its points to 29 after beating Galatasaray.

In the other match of the night, Süper Lig leader Trabzonspor came back from 1-0 down to beat Altay 2-1.

Altay defender Cebrail Karayel drew first blood, scoring the opener for his team in the first half at Alsancak Mustafa Denizli Stadium in the western province of Izmir.

But Trabzonspor bounced back in the second half with a double from Danish forward Andreas Cornelius, including the late winner, finishing a one-on-one position.

Trabzonspor is having a dream season in the Turkish league.

The Black Sea club has now bagged 45 points in 18 weeks and is comfortable on top of the table. Trabzonspor's nearest opponent in the standings is Konyaspor, who has 33 points from 17 matches.

In the meantime, 2020 Turkish champion Başakşehir is third with 32 points, following a 3-1 win over Giresunspor.