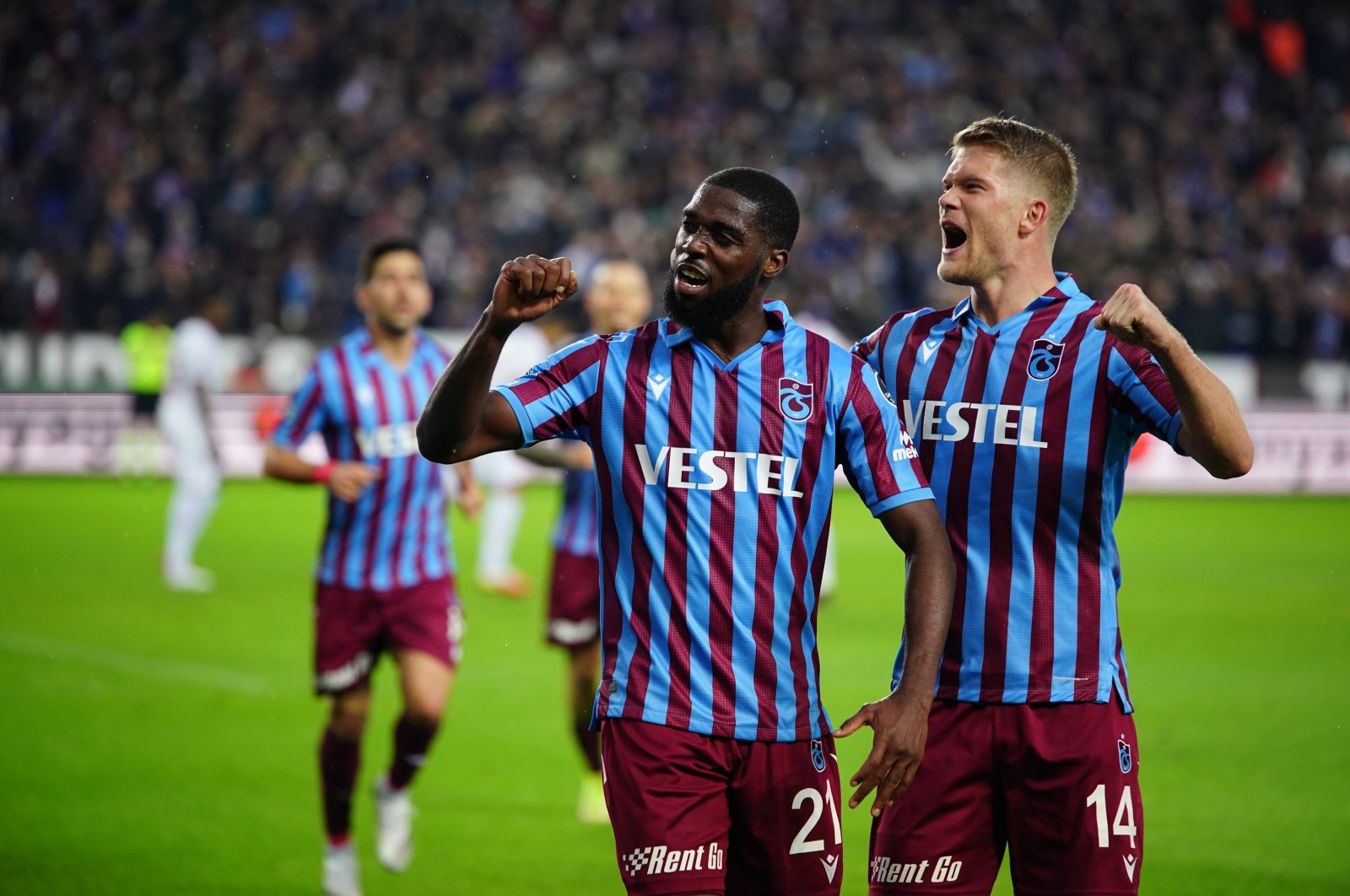 If uncontested Süper Lig leader Trabzonspor can secure its first title in nearly 37 years this season, it will deal a great blow to the hegemony of Istanbul-based Big Three

Long-dominated by Istanbul heavyweights Fenerbahçe, Galatasaray and Beşiktaş, the Turkish Süper Lig is likely to see a break in the cycle and get a surprise champion this season – Trabzonspor.

Trabzonspor supporter Samet Kordalı is "100% sure" that his unfancied club from Turkey's Black Sea coast will finally lift the first title of his lifetime.

And when that day comes at the end of the season in May, the northeastern city of Trabzon "will be on fire," Kordali says with a dreamy glint in his eye.

Trabzonspor is the uncontested leader of the Süper Lig after 17 matches, on course to lift its first championship trophy since 1984.

Although it suffered a first loss earlier this month, it rebounded with a 2-0 win against third-place Hatayspor in front of a feverish crowd last weekend.

Boosted by the arrival of Slovakian midfielder Marek Hamsik, it is nine points clear of second-place Konyaspor and the bookies' favorite to win the league.

"Here, every child supports the club," Hamdi Çalışkan, 57, says outside the team's official store, where the club's burgundy-and-blue shirts are flying off the shelf.

"We are the first club to have broken Istanbul's reign."

In 1976, Trabzon became the first city outside Istanbul to win the title, which until then was the preserve of the three Turkish giants: Galatasaray, Fenerbahçe and Beşiktaş.

The city of 300,000 is mainly known among Turks for its fishing port, nationalist fervor and the football club, which some affectionately call the "storm of the Black Sea."

In the old city's cafes, the team dominates every conversation and its colors even decorate some locals' Muslim prayer beads.

"I went to Trabzon several times during my career as a referee," retired match official Deniz Çoban recalled in 2019.

"People's relationship to football is very different there. An 80-year-old grandmother would turn around on the street because she knows you."

This passion for the local club is rare in Turkey's regions, where many still support the famous Istanbul side, says Can Kakışım, an associate professor and expert on football.

"Trabzon is a city apart because the majority support Trabzonspor," he said.

In 2015, the team's president, angry at an unawarded penalty, locked the referees in the locker room for four hours.

The drama only ended after President Recep Tayyip Erdoğan placed a soothing phone call to the fuming football boss.

Earlier this month, a man threatened to commit suicide by jumping off the rooftop of an apartment building in the city center.

In a video that went viral, one person down below shouted: "Brother, don't go until you see the championship victory!"

Among the older citizens, some still revel in the nostalgia of a bygone era when Trabzonspor grabbed six championships and six Turkish Super Cups between 1976 and 1984.

Since then, Trabzonspor has gained a reputation for being "respected opponents" who can put up a decent fight against the Istanbul sides, says historian Mehmet Yüce.

But Galatasaray, Fenerbahçe and Beşiktaş do not really treat Trabzonspor as an equal, focusing instead on their intense internal rivalry.

"Galatasaray, Fenerbahçe and Beşiktaş have existed for more than a century and so they don't see Trabzonspor (formed in 1967) as a team of their caliber," Yüce says.

The club, which has finished second on nine occasions, has the added advantage of not playing in the European leagues.

For Kakışım, a new championship title is "necessary" for keeping alive the passion among younger fans.

Gökhan Alpaslan is one of them.

Painting houses during the week, the 25-year-old sells team scarves for TL 30 ($2.35) on match days in the stadium's parking lot.

This year, he watches games on the television but if Trabzonspor clinches the title, he thinks selling team scarves could make him rich.

"Maybe then I'll be able to buy a season ticket to go inside the stadium," he laughs.