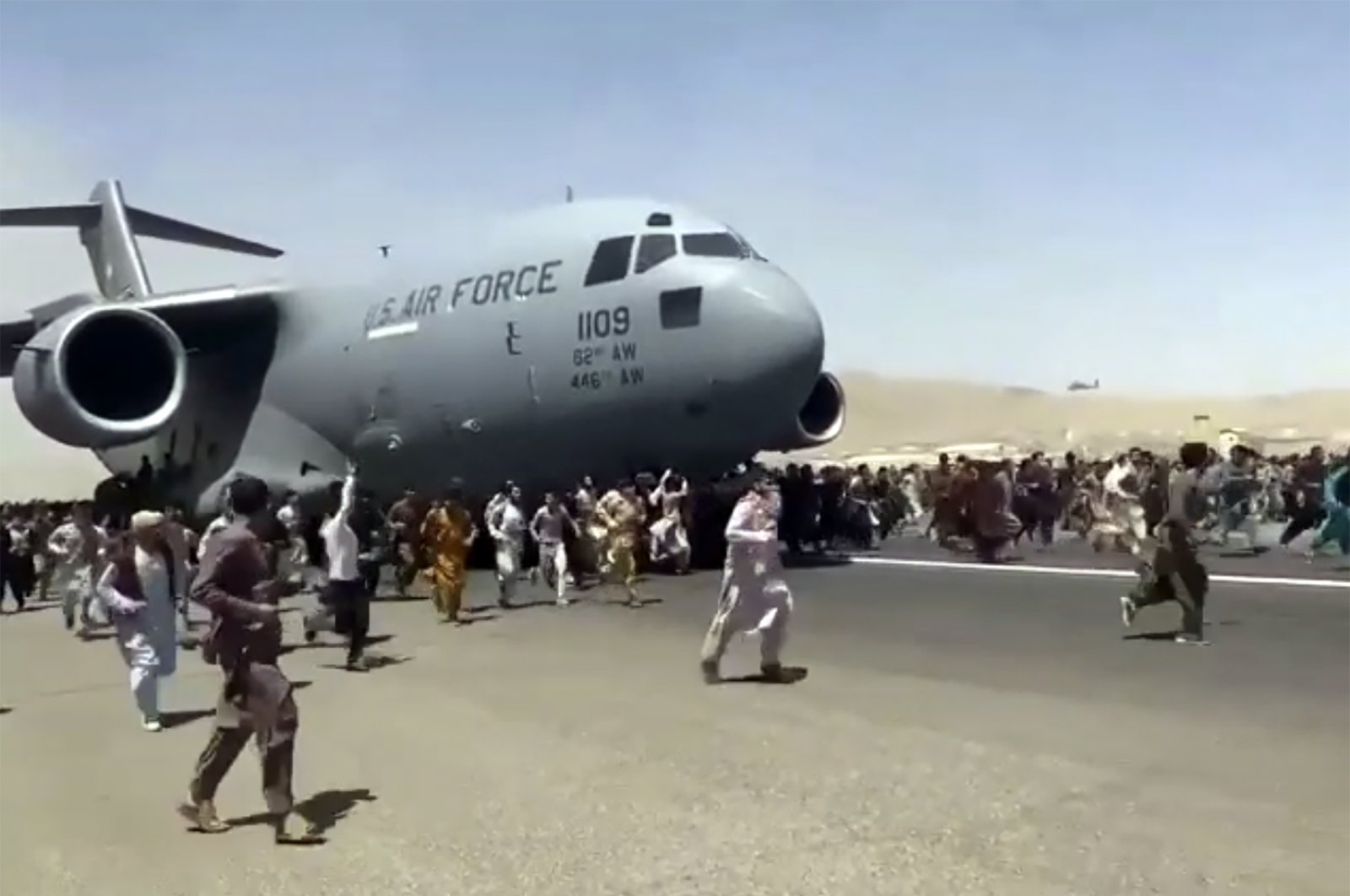 In this Aug. 16, 2021 file photo, hundreds of people run alongside a U.S. Air Force C-17 transport plane as it moves down a runway of the international airport in Kabul, Afghanistan. (Verified UGC via AP, File)
by Agencies Aug 19, 2021 5:25 pm
RECOMMENDED

Crowds of people seeking to flee Afghanistan have spilled into the airport since Taliban insurgents swept to power on Sunday, many seen trying to board a moving plane.

Ariana said Zaki Anwari fell from a USAF Boeing C-17 and that the death had been confirmed by the General Directorate for Sport.

Military flights evacuating diplomats and civilians from Afghanistan resumed early on Tuesday after the runway at Kabul's airport was cleared of thousands of people desperate to flee after the Taliban seized the capital.

Britain's Foreign Minister Dominic Raab issued a similar statement Tuesday, telling Sky News that "the position at the airport is stabilizing" and that the airport's stability is "absolutely key."

Media reported two people fell to their deaths from the underside of a U.S. military aircraft after it took off, crashing to their deaths on roofs of homes near the airport.