After Barcelona exit, cost-benefit weighs in favor of Messi at PSG 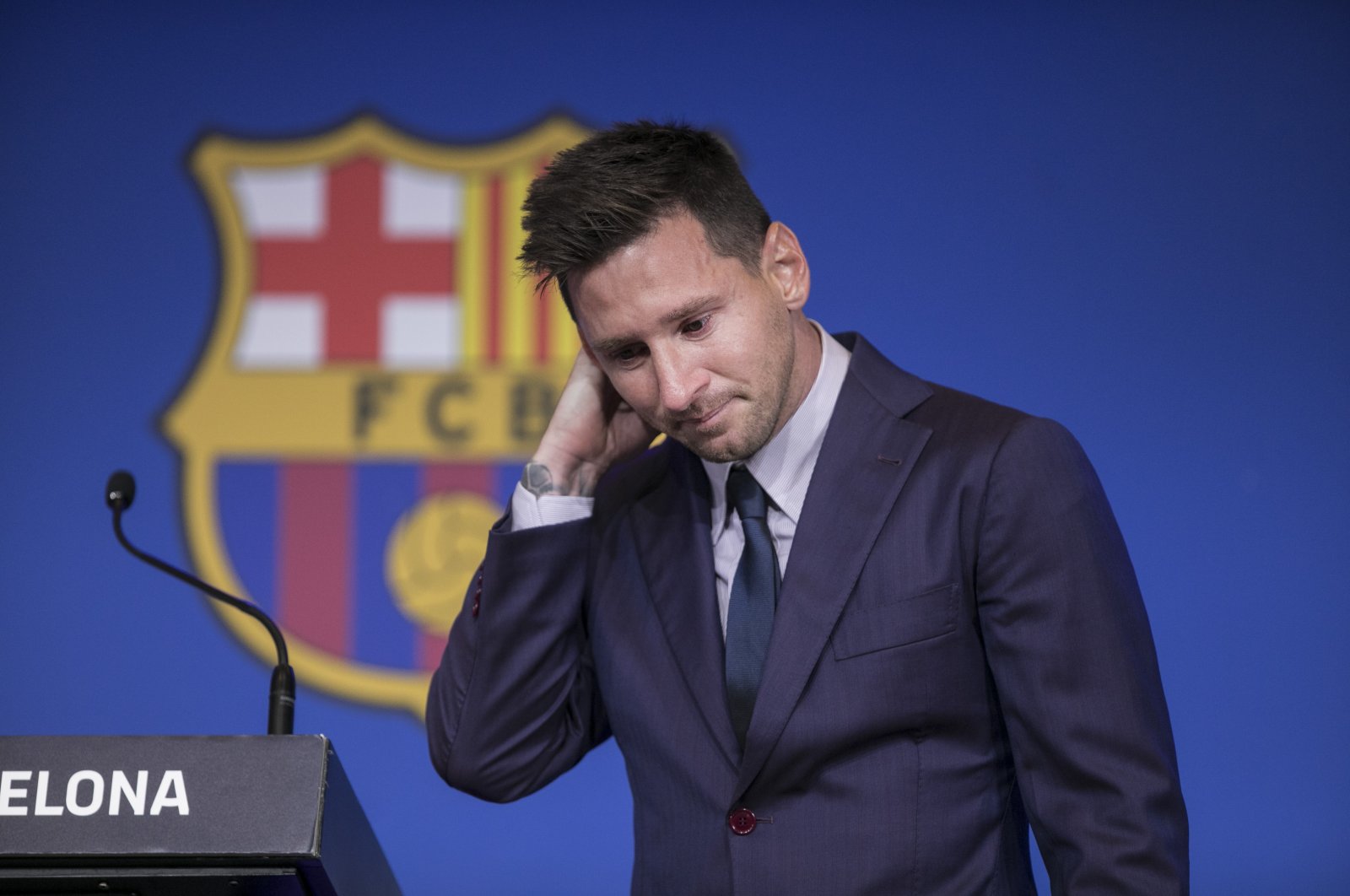 As Paris Saint-Germain makes a move for Lionel Messi after Barcelona revealed it could not afford to keep the star player anymore, it is likely to be a very smart bit of business despite the astronomical cost.

Barca – swimming in debt of 1.2 billion euros ($1.4 billion) – ultimately found itself in a no-win situation with its 34-year-old talisman.

Keeping him would have maintained salaries at an untenable 110% of revenue.

Even letting him go leaves that figure at 95% with the Catalan club a prime example of how living beyond one's means eventually ends in the tears Messi shed Sunday in confirming his departure, Barca unable to defy financial gravity any longer.

An annual salary north of 70 million euros ($82 million) net per season, while breaking Spanish league salary cap requirements, was a price that made sense for Barcelona.

Marc Ciria, director-general of Diagonal Inversiones consultancy, recently calculated Messi generated some 235 million euros more than he earned over the past four years.

Qatari-owned PSG, who bought Messi's close friend Neymar from Barcelona for 222 million euros in 2017, can afford the Argentinian wizard, who they see as the final piece in the jigsaw to land a first Champions League crown.

Messi, who had agreed to a 50% wage cut with Barcelona and a five-year deal taking him to the age of 39, is reputedly being offered some 40 million euros a year over two seasons in Paris with the possibility of a third.

Neymar, whose transfer will ultimately cost PSG more than 500 million euros wages included, earns an after-tax salary of 30 million euros annually according to documents released in 2018 by Football Leaks.

Messi, nicknamed "La Pulga" (the flea), boosts overall annual earnings to around 110 million euros thanks to lucrative sponsorships with the likes of Pepsi and Adidas, ahead of the likes of long-time La Liga rival Cristiano Ronaldo, LeBron James, or Roger Federer.

"We're on another planet here – it's stratospheric" with Messi, says sports marketing analyst Virgile Caillet, adding a putative arrival at the Parc des Princes would constitute "an event such as (has happened) only once or twice in football – with (Diego) Maradona when he signed for Napoli or (Zinedine) Zidane going to Real."

PSG has essentially taken over the Real Madrid mantle of the home for "galacticos" – megastars whose global status lifts their clubs to another level.

Although the pandemic knocked a 125 million-euro dent in PSG's finances across 2019-20 alone, the club's ownership by Qatar Sports Investments (QSI) means its pockets are deep enough to close a deal.

The recent relaxation of UEFA's financial fair play rules because of the pandemic helps too.

"That leaves more margin than previously," says Christophe Lepetit, director of France's Centre for the Law and Economics of Sport in Limoges.

Getting Messi aboard would mean PSG "developing new marketing approaches. That dovetails perfectly with the PSG strategy," says Caillet.

"Messi is a cast-iron guarantee. From the moment you recruit him you have a number of additional revenue streams which flow almost automatically: derivative merchandise, ticketing, partnerships. It's an unmissable opportunity."

A further plus compared with the 400 million euros shelled out in 2017 to buy Neymar and Kylian Mbappe is the fact PSG doesn't have to pay a transfer fee for the out-of-contract Messi.

"In terms of amortization (costs) there is just the salary – I'd say that makes it much more affordable," smiled Caillet.

A decade into its ownership of PSG, QSI have pushed a policy of capturing big names – even those in the twilight of their careers, notably David Beckham and Zlatan Ibrahimovic.

PSG is the seventh-richest club in the world according to the most recent Deloitte Football Money League, still trailing the likes of Barca, Real Madrid, Bayern Munich and Manchester United.

For Caillet, Messi will lift them to even greater heights on and off the pitch.

"A second stage was needed for the PSG rocket. Messi will bring an acceleration," says Caillet.

"It seems paradoxical given his age – but Messi incarnates PSG's future both economically and in sporting terms," says Caillet as "his arrival brings together three iconic brands – Paris, Jordan (PSG's kit manufacturer) and Messi."