End of an era: Messi to leave Barcelona as contract talks break down 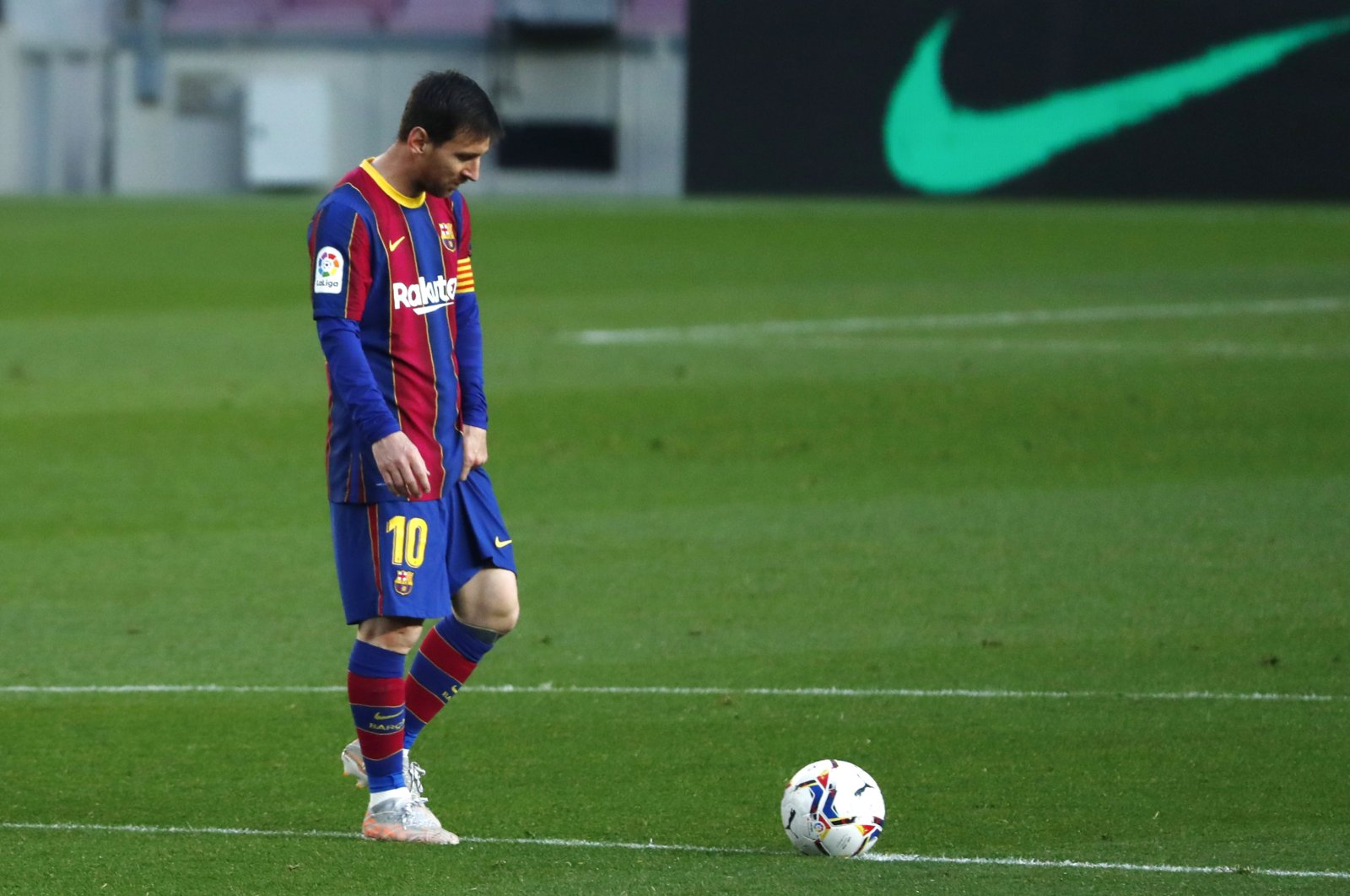 Legendary footballer Lionel Messi will leave Barcelona despite both parties having reached an agreement over a new contract, the La Liga club said on Thursday, stressing that financial “obstacles” made it impossible for the player to remain with the club.

Six-time Ballon d'Or winner, who joined Barca's youth set-up aged 13, is the club's all-time top scorer and appearance maker with 672 goals in 778 games in all competitions.

The Argentina forward was free to negotiate a transfer with other clubs after his deal ran out at the end of June, but Barcelona had always maintained he wanted to stay with the club.

Messi, who has spent his whole career at Barcelona, had been expected to sign a new five-year deal with the Catalan club, which would have included a salary reduction of 50%.

Barcelona needed to financially restructure in order to get the deal over the line, which proved impossible in the end as they failed to reduce their wage bill in order and stay within La Liga's Financial Fair Play regulations.

La Liga chief Javier Tebas said last month that Barcelona, which has a total debt of more than 1 billion euros ($1.18 billion), would not be shown any leniency when it comes to obeying the league's strict financial control rules.

The news of Messi's exit comes a day after La Liga agreed in principle to sell 10% of a newly formed company housing most of its business to private equity firm CVC Capital Partners for 2.7 billion euros ($3.2 billion).

"Despite FC Barcelona and Lionel Messi having reached an agreement and the clear intention of both parties to sign a new contract today, this cannot happen because of financial and structural obstacles (Spanish La Liga regulations)," Barca said in a statement.

"As a result of this situation, Messi shall not be staying on at FC Barcelona. Both parties deeply regret that the wishes of the player and the club will ultimately not be fulfilled.

"FC Barcelona wholeheartedly expresses its gratitude to the player for his contribution to the aggrandizement of the club and wishes him all the very best for the future in his personal and professional life."

Messi's last contract, signed in 2017, was the most lucrative in world sport, according to a January report in newspaper El Mundo.

Messi had tried to leave Barcelona in August 2020, making a formal request for an exit after a breakdown in his relationship with then-president Josep Maria Bartomeu but successor Joan Laporta, who presided over the Argentine's rise to greatness, convinced him to stay.

The Argentine, who helped Barcelona claim 10 league titles, four Champions Leagues and three Club World Cups among his haul of 35 trophies, remains without a club ahead of the 2021-22 season.

Barcelona have been struggling to reduce their wage bill to be in line with La Liga's FFP rules for the 2021-22 season.

La Liga introduced financial control measures in 2013 establishing a maximum amount of money each club can spend on its playing squad and coaching staff each season, conditioned by their income.

Barca has the highest revenues in world soccer according to this year's Deloitte Money League, although income dropped by 125 million euros last year due to the impact of the COVID-19 pandemic.

Spanish media reported Barca had been in talks with their top-earning players such as vice-captains Gerard Pique, Sergio Busquets and Sergi Roberto about reducing their salaries by 40% in return for contract extensions.

Barca had also been trying to sell high-earning players including Antoine Griezmann, Ousmane Dembele, Philippe Coutinho, Samuel Umtiti and Martin Braithwaite but have not yet found suitors for them.

The Catalan club's president Joan Laporta will hold a news conference on Friday morning in the wake of Messi's exit.